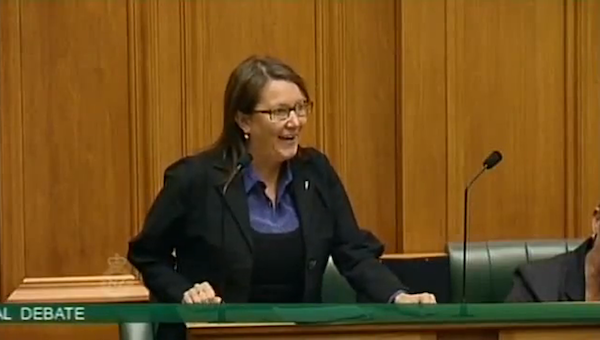 Q 1: GRANT ROBERTSON to the Minister for Tertiary Education, Skills and Employment: Does he stand by his statement that the Household Labour Force Survey is “the standard internationally recognised measure of employment and unemployment”?

Q 2: PAUL GOLDSMITH to the Minister of Finance: What recent reports has he received on the economy?

Q 3: Dr KENNEDY GRAHAM to the Minister for Climate Change Issues: Does he stand by the answer given by the Minister of Finance to the question “Does he accept that human-induced climate change is real?” that “It may well be…”?

Q 4: Hon DAVID PARKER to the Minister of Finance: Given that unemployment is rising, exports are down, and house price inflation in Auckland and Canterbury is in double-digits, does he agree that after 5 years as Finance Minister he has failed to rebalance and diversify the economy; if not, why not?

Q 5: JOHN HAYES to the Minister of Trade: What efforts is the Government making to deal with the market effects of the possible contamination of some Fonterra diary exports?

Q 6: Hon SHANE JONES to the Minister for Economic Development: What action has he taken to ensure high value jobs are retained in Otago, Waikato, Northland, East Coast and Manawatu?

Q 7: KEVIN HAGUE to the Minister of Health: Exactly how many of the 21 recommendations to the Minister in the 2010 Public Health Advisory Committee Report The Best Start in Life: Achieving effective action on child health and wellbeing has he implemented?

Q 8: JACQUI DEAN to the Minister for Food Safety: What update can she provide the public on the safety of infant formula?

Q 9: Hon DAMIEN O’CONNOR to the Minister for Primary Industries: Does he stand by all his statements?

Q 10: NICKY WAGNER to the Minister for Building and Construction: What reports has he received following the Government’s announcement of a new earthquake-prone building policy?

Q 11: RICHARD PROSSER to the Minister for Primary Industries: What reports, if any, has he received regarding the regeneration of fish stocks in the Snapper 1 fishery?

Q 12: Dr DAVID CLARK to the Minister for Economic Development: Does he agree with Dunedin Mayor Dave Cull that “Central government needs to understand we can’t have a … two-speed economy where Christchurch and Auckland are ripping ahead and the rest of the regions are withering”; if not, why not?