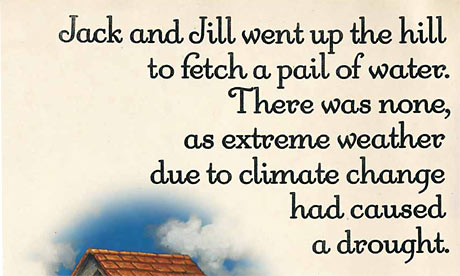 It doesn’t seem to matter what the climate question is, the government is always answering the wrong one…

Last week John Key’s science advisor, Sir Peter Gluckman, issued a new report on climate change and its likely impacts on New Zealand. New Zealand’s changing climate and oceans: The impact of human activity and implications for the future (pdf) gives a succinct and careful, if perhaps over-cautious overview of what is expected for NZ’s climate and the waters around us as the planet warms over the next 40 years. I could quibble with some of the detail in the report, and the lack of an explanation of the climate commitment — the warming that is now inevitable because of current carbon emissions — but on the whole, from a narrow NZ focus, the report is definitely useful.

Here’s a key passage from the conclusion to the report. After acknowledging that NZ’s emissions are a drop in the global ocean, the report points out:

…New Zealand’s contribution to the global effort to reduce greenhouse emissions is more of a geopolitical issue than a scientific one. Irrespective of what happens globally to emissions, the New Zealand challenge will involve adaptation to climate change.

I might put that a bit more strongly. Whatever happens to global emissions, New Zealanders will have to adapt to unavoidable changes in our region, and cope with what happens to the rest of the world. We have no choice in the matter.

Responding to the report on behalf of the government, climate change minister Tim Groser said:

The government’s primary response to climate change is the Emissions Trading Scheme.

And therein lies the government’s problem. Its climate change minister either didn’t read the report with any great care, or simply didn’t understand what the PM’s science advisor was saying.

Emissions reductions in New Zealand are necessary, because we have to be good global citizens and play our part in addressing the issue, but the primary response of relevance to the future well-being of New Zealanders has to be building national resilience to the changes coming down the line.

As Sir Peter says, scientific reports cannot address how countries like ours respond to climate change, and find an acceptable balance between environmental and economic drivers.

Small problem. That’s not what Gluckman says. In his foreword, Sir Peter carefully points out that:

“Science can inform these [policy questions], but cannot alone answer them.”

Science most definitely does address how NZ can respond. It points out the need for adaptation and resilience, and suggests areas where these might be best deployed. It also tells us that some warming is unavoidable — whatever we do to cut our emissions. But Groser and his cabinet colleagues seem unable to allow themselves to be informed about the true gravity of the problem we face. That has to be unforgivable. How galling for Gluckman, to be the advisor no-one listens to.