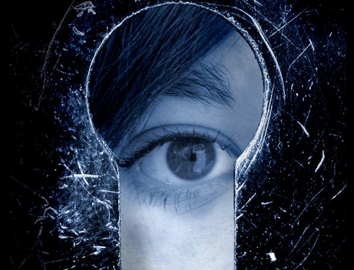 Firstly, let me point out and remind my readers (if any needed reminding), that I do not support ACT, nor it’s simplistic (and failed) neo-liberal market policies, nor it’s hardline policies toward those surviving on social welfare (many of whom are victims of said neo-liberalism’s failings).

Having got that preamble out of the way, I would like to extend a mighty big kudos to ACT on Campus who have come out opposing both  the  GCSB and Related Legislation Amendment Bill and the  Telecommunications (Interception Capability and Security) Amendment Bill – both of which are currently before Parliament.

In an article on Scoop Media today, Vice President Guy McCallum voiced these words of wisdom,

Source: Scoop Media – Saying No to the GCSB and TICS

“It’s a well-meant offer, but neither he, nor John Key, nor the Labour Party (which launched this mess in the first place) can guarantee that the next person with keys to the Cabinet will be so just. They can’t guarantee that those at the top won’t give in to the obvious, inevitable temptations that come with this power – the power to watch you without you knowing and without having to tell you why.

It is incumbent upon all of our political leaders to oppose these bills. Not just because they will lead to the most obvious of places – state tyranny – but because politicians should be standing up to anyone who claims that such immoral and perverted powers are necessary.”

And backed up by ACT on Campus President Taylor Warwood ,

“We believe that the bills are an unnecessary expansion of state power. While Labour’s original legislation does need improving, people must be mindful that freedoms traded for security are rarely recovered.”

Both gentlemen are 100% spot on, and I believe that this is the grave mistake which many others on the Right have missed. The Right may support these two Bills – but only because “their man” is in power.

The Right may not be so happy if a left-wing Party comes to power and starts spying on them.

It’s a great shame that the wrong ACT members are in Parliament. We need more wisdom like this, rather than John Banks, who can stand up for the rights of animals (see previous blogpost:  Nationwide rally condemns animal testing for party-drugs – part tahi) – but not for the rights of New Zealanders not to be spied on.

I have lived through the Muldoon years; the Lange years; the Bolger/Shipley years; the Clark years; and now through Key’s administration.

During that time I have seen the slow creep of State power increasing. Each time, the government of the day – and I point to both Labour and National on this score – has promised “just a little bit further to invade your privacy, but no more”.

But there is always “a little bit more”.  Each government seems to find the need for a bit more State power and more surveillance and a consequential loss of our privacy.

Which is why, when I appeared before the Parliamentary Intelligence Select Committee on 5 July, I directed my comments at David Shearer and Russell Norman.

I said to both men that State power has grown with each passing decade, and each time we were promised that our privacy would be protected and State intrusion minimised. I told them that the political pledges in the 1970s, to protect our privacy, as the then new Government Communications Security Bureau Act 2003 was being passed, were now worthless.

I told them that this must stop.

I told them in another few years, I’d be back, arguing against even more State surveillance and police powers being  demanded from Parliament.

And I asked them a simple question;

“When did it come to  pass that we went from the State having to justify  a new police or spy law – to citizens like me having to appear before a Select Committee to justify why I should be allowed to maintain my privacy? When did that happen?”

I then said to both men that should they come to power post-2014, that Parliament not only needed to review the entire spy apparatus in this country – but that it was time to wind back the clock. It was time to cut back on surveillance and extreme search powers, and to return privacy and civil rights to New Zealanders.

There is simply no justification for these powers. We do not have homegrown “terrorists”. Nor people building “weapons of mass destruction” in their basements.  So I certainly do not believe one word that escapes John Key’s mouth. Let’s be honest here; his ability to tell lies is now a joke amongst most of the public. We know he’s bullshitting us. And he probaby knows that we know.

But we’re polite and we play our little game of politeness.

But not this time. Not with something as critical as this to the our way of life.

Because unless we do, in another five or ten years, there will be yet  another addition to State surveillance,  State control, and Police powers.

And five years after that…

Until, finally, in the name of “state security” and phantom bogeymen, we find ourselves living in a country that is alien to anything that young men and women died fighting for, 70-plus years ago.

When the liberal left and the liberal right find a commonality, it is no longer a political-partisan  matter. It is one that affects us all. Even those who naively assert that they have “nothing to hide”.

So I say to the members of Act on Campus – keep up the fight. It is possibly one of the most important you will ever face.

And I say to Mr Shearer and the Green co-leaders; don’t let us down.

The Daily Blog: It bloody well is not an imaginary problem when our government spies on our journalists!

The Critic: Saying No to the GCSB and TICS

The Pundit: Who’s to blame for the abuse on Andrea Vance?