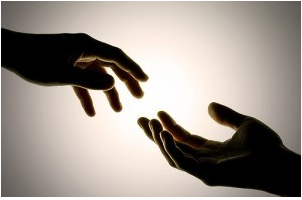 NZ, Wellington, 1 August 2013 – A seminar in Wellington was held NZORD, the New Zealand Organisation for Rare Disorders , to discuss the problem of lack of funding for “orphan drugs”. People with rare diseases are missing out of medication – a life-threatening situation.

The seminar’s next guest was introduced; Dr Greg Coyle. Dr Coyle is a social policy analyst and manages the NZ Salvaton Army’s relationships with the Ministry of Social Development,  Housing NZ, Dept of Corrections, Ngai Tahu, Tainui, and Otago University. He is a member of the NZ Institute of Directors, Deputy Chair of Laura Fergusson Trust (Wgtn), and has a Ph.d. and Masters in Public Policy, in the area of fairness;

[Taken from Greg’s speech notes] “This paper is about fairness and I am grateful to the New Zealand Organisation for Rare Disorders for the opportunity to present these ideas. I wish to talk about about three things. Firstly I will discuss one view of the anatomy of fairness. Secondly, using these ideas, I will examine how fairly PHARMAC has treated sufferers of rare and orphan diseases in relation to it’s wider statutory purpose. Finally I will propose a new funding mechanism for pharmaceuticals for sufferers of rare and orphan diseases which will, I believe, provide cost control and fairness to individuals and the wider community.”

“Fairness is something we each quite easily recognise when we see it, but have great difficulty describing it and agreeing on what it actually is.”

“Gauld described the Social Security Act 1938 as the political and legislative foundation for social welfare in New Zealand. This  social reform was based on a “fair go for all”. The legislation placed New Zealand’s concern for the least well off on a fairness platform.

In 2013, the fall-back position  is now commonly expressed as “well I accept something may be unfair, but who says the world is fair anyway?” as if fairness is now an unreachable and unnecessary attainment. Perfect fairness may well be unattainable, but acceptable levels of fairness in today’s political and social  landscape seems not to be universally accepted.”

So the moral question here is how much fairness or how much equality is too much to aim for? How much is not enough? How much unfairness and inequality, in terms of state distributions, is our society prepared to tolerate?”

“Fair distributions to citizens are particularly difficult for OECD governments considering the increasing costs of public healthcare, especially pharmaceuticals. Again the question is not why we should ration  medicines, but rather how much rationing are we prepared to tolerate?”

“Hamilton describes this balancing act in terms of ensuring that there is minimal granting of special privileges to favoured individuals, and also ensuring the absence of social abandonment of those who require assistance. More particularly, what we are concerned about here is the process of micro-rationing  of pharmaceuticals to individuals.”

“[John] Rawls’ definition of fairness contends that, in liberal democratic societies, distributions should ensure each person has an equal right to the most extensive liberty compatible  with a similar liberty of others. Where social and economic distributions are to be unequal, they should be arranged so that distributions  are of the greatest benefit for the least advantaged… “

“This fairness principle leads decision-makers to ponder if their decisions would be considered fair by the most advantaged  people in society if, at an instant, they became  the most disadvantaged and required the distribution  for themselves […] This approach is not dissimilar to the maxim “do unto others as you would have them do unto you” which Blackburn contends can be found at the base of almost  every ethical tradition.”

Greg described the functions of PHARMAC, both on the national (meso) level and the individual (micro) level. He said that “sufferers of rare and iorphan diseases commonly fall into this [latter] category presenting in circumstances described as exceptional“.

He said that with regard to the Agency’s  national purchasing strayegies, “PHARMAC does an excellent job of consistently providing subsidy for an adequate range of quality pharmaceuticals” and “estimated that PHARMAC has saved approximately $1.17 billion over 14 years“.

“PHARMAC takes excellent advantage of its market dominance, provided through an exemption from Part 2 of the NZ Commerce Act. The Agency employs aggressive monopsonistic  purchasing practices in negotiating contracts with international pharmaceutical companies.”

“In short PHARMAC is appreciated in New Zealand  as a world leader in meso-level rationing of subsidies on pharmaceuticals.  It provides for a good range of effective medicines to the community. It has done this consistently over 15 years and saved considerable amounts of taxpayer’s money  in doing so.

However, in PHARMAC’s second purpose of providing access to medicines for people whose needs are described as exceptional, the picture could not be more different. My research into the operation of PHARMAC’s ‘Exceptional Circumstances’ policy demonstrated  that PHARMAC does not closely align with high levels  of fairness to individual claimants, particularly sufferers of rare and orphan diseases […] it appears that PHARMAC does not provide subsidy equitably  for people with diseases requiring high cost medicines.”

Greg outlined how Ombudsman David McGee had assessed PHARMAC’s  policy that “supported the position that high and low cost medicines should be examined by the same decision-making criteria, and found that whilst it was lawful, was not reasonable“.

The Ombudsman stated that “… to attempt a specific recognition for rare diseases in the NPPA policy would significantly undermine the Pharmaceutical Schedule“.

Greg summed it up by stating  that “it would seem the two objectives cannot reside amicably in the same house“. He further stated,

“PHARMAC also relies heavily  on opinions from it’s committees of  expert health economists. My research shows there was criticism of Quality Adjusted Life Years (QALY’s)  as the only economic assessment tool used in the efficiency study […] I am also aware that NZORD has complained that PHARMAC is choosey about which experts  it consults and has used experts that NZORD considers do not have international credentials to adjudicate on some claims by sufferers of rare and orphan diseases.

My research also demonstrated  the somewhat speculative nature of decision-making in that PHARMAC decision-making committees in the past have not recorded the reasons for decisions nor advised claimants under which criteria their applications have failed.”

Greg’s assessment of PHARMAC’s failings on this point  was explained that “underlying  this PHARMAC practice is a deep anxiety that, if claimants were provided with the reasons why their claims were denied, some would most certainly be challenged.”

“As a society do we believe that medical practitioners and economists are are qualified to make moral judgements about claimants and what they deserve?

Are medical practitioners and economists the right people to be putting  a price on what claimants have good reason to value in their lives?”

“In summary, PHARMAC celebrates the fact that it applies the same meso-level rationing  tools for micro-level decisions. In assessing the pharmaceutical  needs of sufferers of rare and orphan diseases, the tools are simply not fit for the purpose.”

We Need a Fairer System

Greg acknowledged the unfairness of expecting PHARMAC to manage the Pharmaceutical Schedule with a capped budget as well as having to consider expensive and essentially unaffordable claims for medicines. He said that “this situation had created the animosity and on-going frustration between sufferers of rare and orphan diseases and PHARMAC staff and Board“.

He also said it was “equally unfair of rare and orphan diseases to be denied medicines which will improve their life expectancy [simply] because they are being assessed against an economic metric which applies to a model based on 4 million people“.

Greg said that a fairer system had to be devised. One that ensured that PHARMAC was unencumbered in it’s primary role of nationwide rationing, involving the subsidisation of a wide range of pharmaceuticals for New Zealand. This was a role that PHARMAC did very well.

Greg then offered a solution;

“But we also need a micro-level rationaing system with a different set of rationing criteria more suited to the task of analysing claims of individuals and small groups of sufferers of rare and orphan diseases. The fund would be, let’s call it, the ‘Rare Diseases Funding Agency’ (RDFA). It would have  a Board appointed by the Minister of Health and administered by the Ministry of Health. The Fund should be regularly reviewed and reported to the Minister.

The RDFA will need to carefull consider both relative economic efficiency and locate the best relevant expert advice it can muster. It would make sense for PHARMAC to undertake the CUAs when required on behalf of the new Agency.  The decision making criteria will also need to develop a level of understanding the quotient of fairness and be aligned with community values  in support of micro-rationing…

… I am in no doubt that the RDFA will from time to time be required to make unpopular decisions. On such occasions the Agency will suffer the same level of criticism and unpopularity as has been visited on PHARMAC. However under such circumstances claimants seeking a review should be able to expect a fair hearing of their circumstances and be advised of the reasons for the decision made.

The Rare Diseases Fundaing Agency that I have described follows the international  precedents set by Australia, England and soon in Scotland.”

Greg concluded with this salient point,

“I doubt that there will be a day when the Rare Diseases Funding Agency would be able to fund individuals and small groups of people for every treatment available. Under our current funding system, this day will never come. However, the new agency will have fairness and community values among its founding principles. It may not [be] able to provide perfect fairness, but New Zealand would have a system which travels purposefully in that direction and sufferers of rare and orphan diseases would be better off than they are now.”

[Note: a full text of Greg’s presention can be found here: “Funding Pharmaceutical treatment for Rare Diseases in New Zealand; we need a fairer way of doing things” – Greg’s speech is highly relevant for our wider society as he touches upon issues relating to social equality; individual rights;  and a fairer distribution of resources. My report only briefly touches  on Greg’s main points; his full speech is rich in ideas and information. – Frank Macskasy]

At the conclusion of Greg’s address, which was warmly received by the audience, Wallace invited all speakers to take seats up-front and engage in a question and answer session;

This was followed by guests from the four main political parties represented in Parliament; National, Labour, The Greens, and New Zealand First. (The Maori Party sent an apology along with a policy statement.)

There was to be a surprise policy announcement from one of the parties.

To be concluded at:  Opposition parties work together on “orphan drugs” (part wha)

* Use must be for non-commercial purposes.
* Where purpose of  use is  commercial, a donation to NZ Organisation for Rare Disorders is requested.
* At all times, images must be used only in context, and not to denigrate individuals or groups.
* Acknowledgement of source is requested.