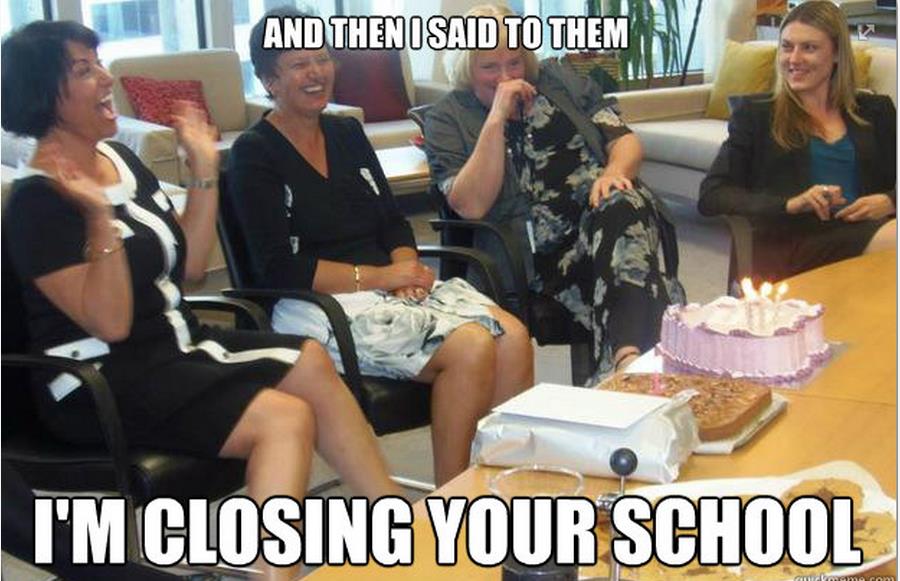 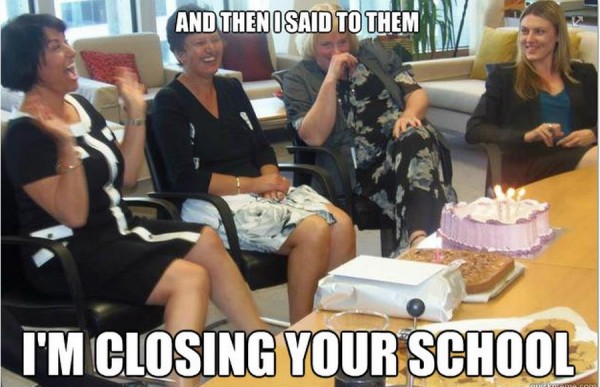 And so the story goes…. I’m sure you’ve heard this ad nauseum.

What’s the basis for this?  PISA – the Programme for International Student Assessment, a testing programme for 15 year olds operated by the OECD, and especially one Andreas Schleicher, the Deputy Director for Education and Skills, and Special Advisor on Education Policy to the OECD’s Secretary-General; a man whose qualifications include degrees in Physics and also Mathematics and Statistics – apparently this makes him an authority on education. Schleicher has just been in New Zealand, sharing his educational expertise and wisdom with Hekia Parata, who described him as the “leading world expert on educational achievement and best practice.”

I must be getting old, because once upon a time, leading experts on education were educators, not statisticians. I guess one could use the analogy of a statistician using data to advise the medical profession how to improve their practice.

The 2012 PISA testing results will be published in December this year, five years since the last results. Politicians all over the world, especially those in the GERM (Global Education Reform Movement) countries, will be waiting to see if their countries have gone up or down the rankings, to either justify the success of current policies or to justify more ‘reform.’

Hekia Parata will, naturally, be one such politician, ready to use perceived ‘failure’ as the lever to open the door to more extreme neoliberal education policies. There is one big ‘BUT” here, however. PISA tests 15 year olds, whose formative years of primary education will have been completed by 2009 or so, long before National’s education agenda could have any effect. It is possible that New Zealand will improve its ranking, which would be a result of the Labour education policies from 2000 onwards. What will she say then? Oops, we got it wrong? Primary education is in good shape?

So, should we wait to see what PISA reveals? The emphatic answer is no. New Zealand needs to follow the example set by Finland (recognised as having the best education system), and not give PISA any credence at all.

Is Finland anxious about the coming results? Nah.

Instead of increasing the emphasis on ‘raising achievement in literacy and numeracy,’ publishing league tables and slagging off teachers, Finland is going to increase the emphasis on teaching handicraft, ‘voting for more time in the curriculum for non-academic subjects, including physical education, music, and arts and crafts’  on the understanding that handicrafts and physical education boost learning in the more academic subjects.

“We want to boost critical thinking, citizenship, and we also have what we call cross-curricular themes, which should be going through every subject,” Ms Volmari (a councillor on the Finnish National Board of Education) said. “These are sustainability, humanity, safety, taking responsibility for your community and entrepreneurship – not just meaning that you set up a business but also in terms of taking responsibility for yourself.”’

“It doesn’t matter if we’re overtaken. We play in a different league.”

Hey Hekia, aren’t you missing something?

Schleicher has announced that PISA tests are to undergo significant changes, to focus more on creativity and 21st century skills, rather than the present focus on literacy, numeracy and science. Mind you, the thought of testing creativity and 21st century skills using a traditional pen and paper test is enough to boggle the mind. This change in PISA emphasis either puts the National led government’s education policies out of step, or are we going to see ‘National Standards for Creativity?’

Hey Hekia, aren’t you missing something?

PISA is a crock.

‘They are the world’s most trusted education league tables. But academics say the Programme for International Student Assessment rankings are based on a ‘profound conceptual error’. So should countries be basing reforms on them?’

Over the past years, increasing numbers of genuine educational experts (not economists, statisticians or politicians) have been pointing out the deficiencies of PISA. It’s rubbish, to be blunt, and the linked article is the latest in a recent series attacking PISA’s credibility.

‘But what if there are “serious problems” with the Pisa data? What if the statistical techniques used to compile it are “utterly wrong” and based on a “profound conceptual error”? Suppose the whole idea of being able to accurately rank such diverse education systems is “meaningless”, “madness”?’

‘What if you learned that Pisa’s comparisons are not based on a common test, but on different students answering different questions? And what if switching these questions around leads to huge variations in the all- important Pisa rankings, with the UK finishing anywhere between 14th and 30th and Denmark between fifth and 37th? What if these rankings – that so many reputations and billions of pounds depend on, that have so much impact on students and teachers around the world – are in fact “useless”?’

“There are very few things you can summarise with a number and yet Pisa claims to be able to capture a country’s entire education system in just three of them. It can’t be possible. It is madness.”

So National are destroying New Zealand’s world renowned primary education system, that once used to receive similar accolades to that of Finland, on the basis of the very suspect PISA testing regime?

‘I have just learnt that at a secret conference of iwi leaders two weeks ago, Hekia did the big talk about education then, can you believe it, asked iwi leaders to pay for it with Treaty money? What a cheek! But what she didn’t tell iwi leaders was that her plans involved a scheme for funding based on ‘results’. What a cheek and a disaster. This minister cannot be trusted. Where do her loyalties lie?’