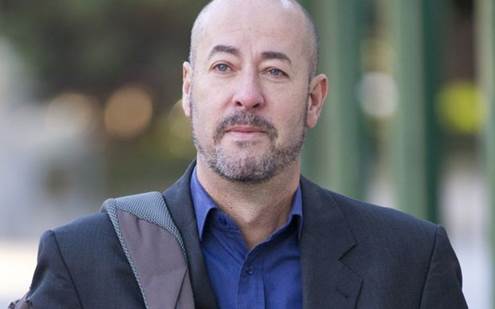 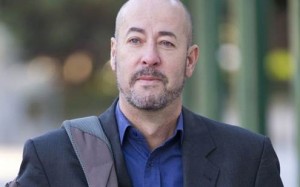 WHO WOULD HAVE THOUGHT that seeking the truth about New Zealand’s involvement in Afghanistan could be so dangerous? Quite a few people, I suppose. Because, thinking about it, war is an inherently dangerous business. So, am I surprised that so few journalists are queuing-up to follow Jon Stephenson’s example? No. Not when I consider Jon’s fate. Not really.

And then there’s Jon’s personality. He just isn’t like other journalists. Maybe that’s because he came to the profession relatively late – in his thirties. Unlike the other kids on his journalism course at AIT, Jon had seen quite a lot of the world. It had made him thoughtful. It had made him indignant. It had made him sceptical. He wanted answers. And, fortunately, the years he’d spent studying philosophy had made him very good at asking questions.

He was working at The Independent Business Weekly in September 2001. Warren Berryman and Jenni McManus ran that shop. They were “old school” journalists who understood that news is something which somebody, somewhere, doesn’t want you to know about. They also understood that news doesn’t come to you in a press release, it’s something you have to go out grab by the scruff of the neck and drag spitting and scratching into the light.

Jon knew, right away, that 9/11 was a global game-changer, and that the only way to understand it would be to follow the wreckage-strewn path of America’s avenging furies. He begged a leave of absence, borrowed some money and stole a march on just about every other New Zealand journalist by following the sound of the bombs all the way to Tora Bora.

He was hooked then, as so many great journalists of the past had been hooked, on the raw, existential adventure of war. In the explosive brightness of the battlefield, Jon saw with unholy clarity the terrifying ballet of political power and military force which the gutless, but not guiltless, news organisations of the West deliberately keep out of focus.

After Afghanistan it was Iraq, and then Israel and Gaza and Lebanon, and then Zimbabwe, and then back to Afghanistan. And each time he returned it seemed that the New Zealand news media’s interest in what its government was doing – and who it was doing it with – had declined.

There were a handful of noble exceptions: Mark Jennings and Mike McRoberts at TV3; the editorial staff at The Sunday Star-Times; Simon Wilson at Metro. But, for the most part, the rest of his journalist colleagues were happy to lump him in with that other lone wolf, Nicky Hager.

When these other journalists went to Iraq or Afghanistan it was as safely embedded guests of the New Zealand Defence Force. None of them brought back stories that seriously challenged New Zealand’s involvement in America’s wars. They saw only what the NZDF wanted them to see. Wrote down only what the military PR officers insisted was the truth. Showed New Zealanders pride-inducing footage of New Zealand soldiers smiling at shy Afghan children; praised them as they went about the task of “reconstructing” Bamiyan Province.

And then Metro published Jon’s “Eyes Wide Shut” and, unexpectedly, New Zealand’s role in Afghanistan was pulled into sharp focus. The lone wolf who had, hitherto, been only an irritant, suddenly became a threat.

Jon wasn’t ready for the State’s response – any of it. That’s because, beneath the body armour of his battlefield experience, Jon Stephenson has the vulnerable heart of a patriot.

New Zealand produced great soldiers – the best. Jon knew many of them, and he knew that they were as sickened as he was by what they saw happening on the ground in Afghanistan. But, surely, the things that had gone so badly wrong, and which continued to go wrong in that theatre of the Global War on Terror, were the things that always go wrong in the fog of war? There may have been incompetence in the upper reaches of the NZDF – but mendacity? No. We were better than that: better than the Yanks; better even than the Brits.

Except we weren’t, we were just the same. The upper echelons of the NZDF and their political protectors simply trained their guns on Jon and opened fire. From the lowliest PR flack, to the Prime Minister himself, there was only one order of the day: “Get Stephenson!” They meant to hurt him and they succeeded. He was accused of fabricating his stories. His credibility was coldly and deliberately attacked by John Key in the Beehive Theatrette. In a Wellington bar, a senior serving officer of the NZDF warned him that if he ever set foot in Afghanistan again he wouldn’t make it back to New Zealand.

And so he sued the Chief of the Defence Force, Lt. General Rhys Jones, for defamation and forced him and the NZDF to acknowledge that what he had written in “Eyes Wide Shut” was no more than the truth. The jury in the case was unable to reach a verdict on the defamation charge, but the NZDF, well, by the time the case was over, it knew it had been in a fight.

Right now, Jon’s in Greece. Will he come home? That depends on whether, after going toe-to-toe with the very worst elements of the New Zealand State, he feels that, at its core, the country he grew up in still has a place for a person like him.

A person who continues to believe that one’s honour is worth defending; one’s reputation is worth preserving; and that the truth, the whole truth, and nothing but the truth, is still worth risking everything to find.