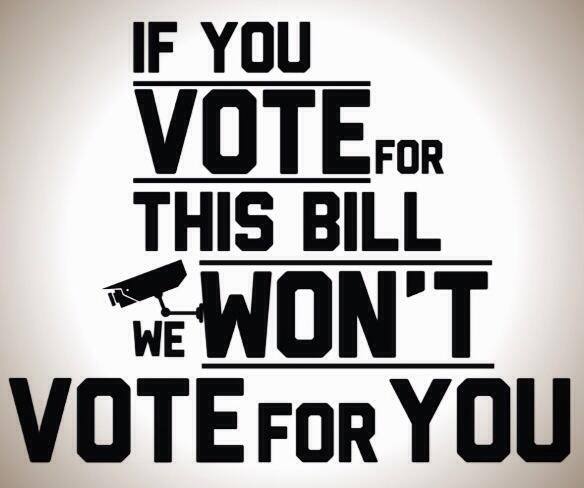 No. Way. A private contractor DID hand over phone records of journalist Andrea Vance after all???

Today in a statement Mr Carter said the phone records of Andrea Vance had been received by David Henry’s inquiry into the leak of the Rebecca Kitteridge report into the GCSB but were rejected.

Fascinatingly, Peter Dunne is refusing to endorse Carter’s new story by stating that David Henry told him that he WAS after those records meaning the ‘mistake’ part of the story is simply not true.

How Dunne can seriously on one hand however decry his information being accessed while voting for legislation that will access ours is an ethical flexibility performed by those without a political spine.

While we are on hypocrisy, hasn’t the Bore of Babylon, David Farrar, been incredibly quiet on journalists being spied on? When the King of Spin has run out of defensive positions for the Government, the National Party should be nervous.

What on earth has happened here? Is spying and rule breaking so habitual within our authorities that they do it without even thinking through the issues of what happens if they get caught? Vance’s information was ‘inadvertently’ handed over the way Stephenson was ‘inadvertently’ spied upon?

How stupid do they honestly take us for?

I can’t work out if this is malicious or a level of incompetence bordering on the criminally insane. How can Key give any assurances to the NZ public about his vast new expansion of spying powers under the GCSB when the current ones they have are being as openly abused as they are now?

What confidence can we the people have when journalists like Stephenson and Vance are subject to the very type of mass surveillance we are all so concerned about?

When the ‘enemy’ are journalists like Andrea Vance & Jon Stephenson, it is the Government who have become the threat. If the GCSB Bill passes, what’s happening to journalists like Vance & Stephenson will be the everyday for all NZers.

Those who are still supporting Key must now ask themselves the type of soul searching questions Richard Shaw and Gerald McGhie are asking. With public broadcasting dumbed down to the level of Seven Sharp, our democracy has suffered. We have been marketed to as consumers rather than appealed to as citizens, and we have allowed this Government in 5 short years to strip away fundamental democratic oversights all over the political spectrum…

With the passage of the Taxation (Tax Administration and Remedial Matters) Act 2011 taxpayers cannot now challenge an IRD tax assessment without the consent of the Commissioner of Inland Revenue.

And in certain circumstances the New Zealand Public Health and Disability Amendment Act 2013 takes away people’s right to challenge government decisions regarding payment for supporting disabled family members (and was, to boot, passed under urgency in a single sitting day).

…we do everything casual in NZ, including fascism. Key has managed to replace the intellectual rigor of ideas with the boorish bruise of the Sports Bar smack down. It’s not as radical as book burning, it’s too lazy for that, Key has depoliticized the role of Prime Minister and quietly pushed an agenda that is deeply disturbing.

This is a grave blue world.

For a PM who screamed bloody murder over his private communications being made public during the Epsom teapot fiasco this is pretty astounding.