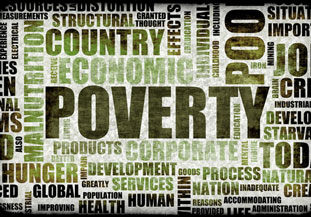 Sometimes, the most innocuous events bring you up hard against the realities of our modern life…

On the way home today (30 July) I stopped briefly at a supermarket to purchase a few items that we’d run out of at home.

Having found the half dozen items I needed, I waited patiently in the queue at the checkout. My mind was elsewhere – mostly pondering events at the anti-animal testing rally I had covered earlier in the day.

The woman in front of me paid for her goods and walked off.

As I moved to the eftpos terminal to pay for my items, I noticed an apple had been left in the trolley, and alerted the checkout operator that the customer had forgotten to take it with her. The operator took the apple and placed it beside her monitor-screen and said,

I hadn’t realised. I’d been so wrapped up in my own thoughts that I had not noticed the incident (otherwise I would have happily paid for it myself). The checkout operator said that in the past she had often paid for shortfalls where people were obviously on low or fixed incomes, but she could no longer afford to do it.

On the low wage that many checkout operators earn, it is tragic that the poorest paid are trying to help those who are even worse of financially.

I took a cellphone pic of the apple, sitting by the operators monitor,

When peoples incomes are so stretched that they have to forego something as basic as one single apple, then we have arrived at a sorry state of affairs.

Is this to be  our “Bright New Future”? Or have we arrived at it, already?

And is this what people expected of our smile and wave Prime Minister?