Thank you, Yilma, for asking me here tonight to celebrate the launch of your latest book ‘Broken Wings’.

Yet again you have captured the essence of the human spirit with an exquisite yet painful use of a language, which was not your first.

No one can read your words and not know you.

When you first asked me to come, I didn’t realize how important it was going to be for me personally.

Of course I was going to come – we have a connection – I became the Minister of Immigration in the same year that you arrived in New Zealand as part of the UNHCR quota – 1999.

You were one of a small group of refugees who I met and who trusted me with their stories in a way that helped shaped my understanding of what it was to be a refugee. No briefing paper, no academic research could compare with the words the described the lived experience as a refugee.

So when you asked me to come I was truly honoured that you wanted me here, but now with my decision leave Parliament to hopefully help guide Christchurch through the next phase of its recovery, it is even more meaningful to me that I am here. I thank you from the bottom of my heart.

You challenged me as a Minister of Immigration to know your life and experience and through you to know others.

Your poetry is powerful and it speaks to a truth so deep that it is heartbreaking.  How can people and nations inflict such pain and suffering on fellow men and women?

I have a particular regret from my time as Minister and that is I didn’t visit one of the refugee camps in Kenya and see for myself the environment that can crush a human spirit less resilient than your own.

I remember speaking to the Australian Minister of Immigration who said that those images were his personal driver in his opposition to people smugglers.  He talked about queue jumping and destination shopping.

This offended many people, but when he described the length of the queue and the circumstances surrounding the wait for a chosen destination – year after year after year in a camp – I understood what he was saying. You speak in your poetry with the authenticity of someone who knows people who were left behind in that queue:

suffer in the middle of

getting resettled in their

who do we do this for?

The leftover from their

But then my experience with the Tampa made me realise that genuine refugees used those routes too.

I thought of a way to resolve this dilemma and put the people smugglers out of business, something I spoke of in Geneva when New Zealand joined the Executive Committee of the UNHCR. I hope one day people will do what needs to be done.

You, Yilma, were the one who made me think of an answer to the question when you stopped being a refugee and started being of your new country.  My answer was that it happened when you had been away and were returning on a plane, when someone says, ‘where are you going’ and you say ‘I’m going home’.

But when I read the last of the poems in your book, ‘Where Am I’, I felt that the answer was trite.

It is as you say always about ‘belonging’ – where you belong.

‘Go back to where you belong’ is the phrase people use to tell people that they judge that their home is not your home and that you are not one of us.

But you say through your words that belonging is a state of mind as well as a state of being.

And those of us who never have to challenge ourselves about where we should be or where we belong, should think about what that means for someone whose place of belonging cannot offer them the protection we take for granted here.

Yilma – you belong here – and you may write of broken wings, but you speak to a heart that soars. 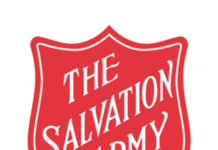 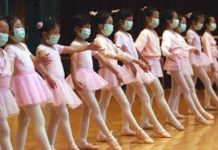 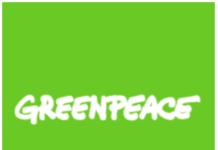