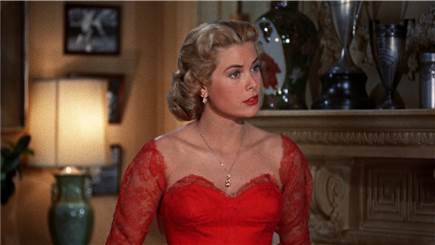 I didn’t intend to see Dial M for Murder. It’s not the kind of film I would ordinarily pick from a Film Festival line-up but there was a spare ticket going when my dad got a cold so I had a date night with my mum. I’m really glad that happened because I enjoyed it so much.

It’s a murder mystery. Tony Wendice (Ray Miliband) plots to have his wife Margot (Grace Kelly) murdered by Captain Lesgate (Anthony Dawson). But it all falls apart when during the tussle Margot stabs Lesgate with scissors. Chief Inspector Hubbard (John Williams) then enters the scene to solve the crime. Margot is accused, tried and sentenced to execution. But some last minute clever detectiving by Hubbard saves the day. Throughout, you are hoping he will figure it out. It’s a non-traditional mystery in that sense, because it isn’t a mystery to he viewer. 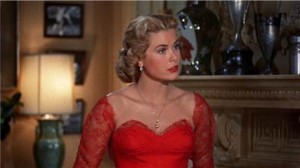 It was originally shot in 1954 in Natural Vision 3D. But the film came at the end of the 3D fad in the 50s and ended up mostly being played in 2D. It’s been rereleased in 3D previously, but 3D technology had obviously reached new levels recently and the results are surprisingly good. Surprising more because seeing a 50s film in 3D is such a contrast to the current big-budget Hollywood blockbusters that currently get the treatment. It does seem unnecessary, there isn’t a lot of action (it’s mostly shot in a single room) and the most the effects are used is in the title sequence at the start. But I don’t have a big problem with it, it was still interesting. It’s jut a very different use of the technology to how it is now used. 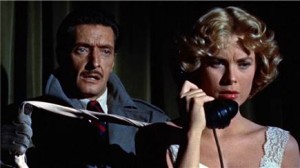 The cast is great and the engrossed me from start to finish. Grace Kelly is a beauty and so enjoyable to watch. John Williams, is Chief Inspector Hubbard. Initially, he’s a somewhat dull peripheral character. Gradually you discover his guile and Williams brings a lot of humour to the latter part of the film. Some of this is deliberate. Though a lot probably wasn’t a the time. The absolute highlight of the film is the last moment, when upon successfully solving the crime, Williams is waiting on the phone to be put through to Scotland Yard, pulls out a comb and starts brushing his moustache.

It’s beautifully shot and engaging. There is one screening left in Auckland on 3rd August and it’s selling fast. Get along.