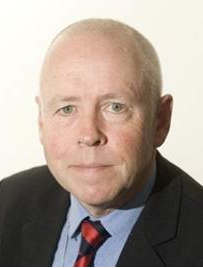 THE NEW ZEALAND HERALD is this country’s largest newspaper. So, the opinions of John Armstrong, the Herald’s senior political correspondent, need to be taken seriously. Who else gets to talk about politics to a million people every week? Indeed, when it comes to defining the boundaries of “mainstream” political debate, Mr Armstrong is New Zealand democracy’s Surveyor-General.

In yesterday morning’s Herald (25/7/13) Mr Armstrong attempts to inscribe on the political map the six lines that might – just possibly – lead the Leader of the Opposition, David Shearer, out of his present difficulties and on to electoral victory in 2014.

The most striking aspect of this exercise is how very tightly Mr Armstrong’s political survey lines constrain Labour’s leader. The New Zealand political landscape is wide, but Mr Shearer, if he accepts Mr Armstrong’s advice, will not be tempted to explore it. Straight is the gate, and narrow the way, that leads to Labour’s salvation. (In Mr Armstrong’s opinion.)

The first piece of advice which Mr Armstrong tenders to the Leader of the Opposition is to relax. This seems just a little disingenuous, given Mr Armstrong’s own column is headlined “90 days to save Shearer’s bacon”. Informing a politician that he has just three months to lift his game or face political slaughter seems calculated to make him anything but relaxed.

Never mind. The gist of Mr Armstrong’s first piece of advice to Mr Shearer would appear to be: stop worrying about saying the right thing – and just say the things that feel right to you.

Mr Armstrong’s second piece of advice to Mr Shearer is strongly related to the first. The Opposition leader’s new Chief-of-Staff, Fran Mold, is urged to persuade her boss to: “deliver speeches which reveal exactly what he stands for.”

It’s as if, in pondering what might emerge from Mr Shearer’s mouth if he were to “relax” and stop censoring himself, Mr Armstrong realised that the likely result would be a string of observations so at odds with Labour values as to constitute an entirely new direction for the party.

The third piece of advice which Mr Armstrong tenders is for Mr Shearer to: “relentlessly target the middle ground.” Once again, there’s the strong suspicion that, in arguing that Labour should eschew radicalism of any kind, Mr Armstrong is making a virtue of necessity. He knows very well that Mr Shearer’s political views are unexcitingly typical of the post-Rogernomics middle-class professional.

Mr Armstrong acknowledges this in his next three sentences. “That will at times mean taking conservative stances that annoy the Labour left. Too bad. The centre is where many conservative-minded Labour voters now sit.”

Ah, the political centre: hallowed ground for every “mainstream” political correspondent. The panic room into which every conservative journalist instantly flees when desperate times begin to call forth demands for desperate measures.

Not everyone is so enamoured of the “middle ground” as Mr Armstrong. The ferociously conservative Cambridge philosopher, Roger Scruton, wrote scathingly of the centre in his Dictionary of Political Thought:

Centre. The supposed political position somewhere between the left and the right, where political views are either sufficiently indeterminate, or sufficiently imbued with the spirit of compromise, to be thought acceptable to as large a body of citizens as would be capable of accepting anything. The ‘centre’ is an important concept in … politics, and the persistent aim for it – while it may involve divesting oneself of all coherent political beliefs – is nevertheless considered justifiable to the extent that politics is constituted, not by consistent doctrine, but by successful practice. The centre is seen as representing political stability, social continuity, and a recognised consensus. It is also thought (but this is a confusion) that the centre will be moderate.

Scruton’s last point is an important one. In times of dramatic economic and social dislocation, the quest for political stability, social continuity and a recognised consensus is likely to be anything but moderate. The American Tea party claims to be a movement in search of all those things, but the policies they advance in order to secure the interests of “Middle America” smack of the most dangerous extremism.

This does not, however, appear to have occurred to Mr Armstrong, whose next piece of advice to Mr Shearer’s team involves getting his caucus “talking about the issues that matter to the average person”. Unfortunately, he does not make it clear which average person he is talking about.

Should Labour be talking to the average beneficiary? Or the average low-paid and under-employed worker? What are “the issues that matter” to the average wage and salary earner? The average man? The average woman? The average Pakeha? The Average Maori? Appealing to all of these groups simultaneously is going to be extremely difficult in a “centre” which requires politicians to divest themselves of “all coherent political beliefs”.

It is, however, possible that Mr Armstrong was thinking only of the average member of that fortunate stratum of New Zealanders who – like Members of Parliament – earn in excess of $100,000 per annum. Except that the things that matter to them: low taxes, reduced public spending, “a quality of life which excludes nothing as impossible” (to quote Peter Dunne’s 1994 summation of middle-class aspiration) may mean that the things that matter to all those other “average” people get hustled off Mr Armstrong’s sacred “middle ground” altogether.

Obviously, if that is the case, it would be, as Mr Armstrong’s fifth piece of advice concedes, very important to “be more strategic when it comes to picking fights with National”. What’s really needed, he says, is for Mr Shearer and Labour to “pick some fights with the Greens to show who’s going to be boss in any governing relationship.”

Well – of course! Why not? Why wouldn’t Labour assault the only reliable coalition partner it has? Why wouldn’t the Leader of the Opposition serve notice on the Greens that they will not be treated as collegial partners, but as Labour’s irksome employees: people in regular need of being shown whose “boss” in “any governing relationship”? Because, yeah, that’ll work. That’ll work really well!

Which segues beautifully to Mr Armstrong’s sixth (and final) piece of advice to Mr Shearer: “He needs to bang a few party heads together and take control of this year’s Labour conference so it becomes a platform for him rather than an embarrassment for the party.”

In this extraordinary journalistic incitement of a political leader to trash his own party’s democratic rules and procedures and transform its highest decision-making body – annual conference – into a platform for him to stand (or should that be to strut and stamp?) on reveals the howling ethical void at the heart of Mr Armstrong’s political commentary.

Labour’s annual conference isn’t an “embarrassment” to the party, Mr Armstrong – it IS the party. A delegated gathering where, on the basis of coherent political beliefs, “average” Kiwis come together to forge a policy prescription that addresses all their nation’s ills on behalf of all its people. A forum in which consistent doctrine should, for once, take precedence over the craven spirit of compromise and surrender.

There are too few places in contemporary New Zealand for the surveying of courage and conviction; where locating “the centre” of the political map requires merely the application of geometry – and not the abrogation of principle.