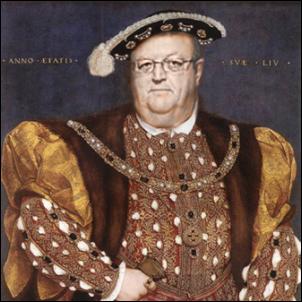 From a recent Fairfax report,

And there have been plenty of other similar situations, where job applicants have outnumbered available vacancies. See:

So instead of welfare “reforms” which consist of re-naming various benefit categories and constant belittling of unemployed as drug-takers; alcohol abusers; prolific “breeders”; and mis-treating children – what is really needed are,

But aside from a Convention centre deal with Skycity, which will most likely result in more problem gamblers, this National government has done precious little to generate more jobs for the unemployed.

Even the Christchurch rebuild, we are now told, will be done by foreign workers,

The last big quake hit Christchurch in February 2011 – two and a half years ago! In that time, what have National ministers been doing?  Surely they must have received advice from governmental departments; industry organisations; and other expert advisers, that an army of trained workers would be required in the coming years?

Why was no plan set up to,

This is how previous governments built past massive projects such as the Manapouri power station, Clyde, etc: planning.

Indeed, I spoke to one person who worked at the Deep Cove end of the Manapouri Power Project in the 1960s. He  informed me that as part of his employment, his accomodation (aboard the Wanganella) and meals were all paid for.  (He also mentioned how his lunch box and tools kept regularly vanishing, and he thought his work-mates were playing pranks on him. Then, one day he saw a Kea make of with his shiny new lunchbox…)

This was the style of planning, support, and incentives offered to workers to travel to an isolated part of the country where the work was difficult, dirty, and often dangerous.

The building of our nation was certainly not left to the vaguaries of the “marketplace” to achieve.

“We frankly can’t run our industry without significant numbers of immigrant workers,” says Federated Farmers president Bruce Wills. “The industry is just too important to be hijacked by a lack of labour. If we can’t get Kiwis in these roles, then we’ve got to make it easy to attract and retain good immigrant labour.”

The problem is there aren’t enough New Zealand workers with the right skills.

– this is nothing but a pathetic excuse that the “marketplace” has failed spectacularly to plan ahead and invest in up-skilling New Zealand workers.

“They need to be experienced,” says  John Hughes of Rural Contractors New Zealand, without explaining where that experience will come from if  workers are not hired and trained by people like Mr Hughes.

“They need to have a work ethic,” says John Hughes. Really? Is Hughes saying that since 2008, New Zealanders have misplaced their work ethic?? Yet, the situation of 900 people applying for jobs at Fonterra (see above) seems to indicate that workers not only have a work ethic – they want the work to go with it.

“They need to have an ability to hit the ground running,” says John Hughes. What does that mean? Because what I’m getting from Mr Hughes’ statements is nothing but self-serving excuses that his industry – Rural Contractors New Zealand – has done stuff all to train workers to meet their needs.

Who else is he expecting to meet the needs of the “marketplace”? The State?

But… isn’t the State supposed to stay out of the marketplace, according to neo-liberal business doctrine?

Anyway, this lazy, incompetant government is the last place we should be looking for active leadership on this growing problem (I refuse to call it an “issue”).  As Immigration Minister Michael Woodhouse said on TV3’s The Nation, on 21 July,

“Any employer will tell you when Work and Income sends some workers to them they will have some of those barriers. That is they’re not skilled or educated enough to do the jobs. They may have some issues with drug and alcohol or mobility, and I think those are barriers that we need to continue to move so Kiwis are first in line for the jobs.”

So what Woodhouse is trying to tell us is that 95,000 New Zealanders suddenly developed a drug habit, alcohol dependency, lost their skills, forgot their education since 2007/08?

So the Global Financial Crisis, which National regularly uses as an excuse for the poorly performing economy, had no part to play in the massive growth in unemployment from 3.50% in December of 2007 to the high of 7.3%  last year?

Which is strange, because even social welfare minister, Paula Bennett, was forced to concede on TV1’s Q+A, in on 29 April 2012,

“There’s not a job for everyone that would want one right now, or else we wouldn’t have the unemployment figures that we do. “

Let’s be quite clear here. When Borrows, Bennett, and other National Ministers refer to “drug dependency”, “alcohol abuse”, “lack of skills”, “lack of work ethic”, and other derogatory terms for unemployed and other welfare recipients – in reality they are shifting blame for on-going chronic unemployment from government inaction, to the victims of National’s “hands-off”, market-based policies.

This is a failure on the part of a government that is so wedded to hands-off, free market policies, that it’s hands are “tied” and cannot bring itself to be proactive on this growing problem.

National’s failure is so entrenched; so widespread; that it is, in effect, utterly paralysed to do anything.

The only recourse is to import cheap foreign labour to make up for this gross deficiency in government and industry  planning.

Once upon a time, our great little nation had the determination, resources,  vision, and sheer guts to build dams and roads  in isolated, rugged, wilderness areas.

By contrast, after two and a half years, we are scrambling to find workers trained to whack a nail into a piece of four-by-two.

With 146,000 jobless (HLFS) there is no reason in this wide world why government and industry groups, with union participation, could not have begun planning from Day One after the February 2011 earthquake.

What, exactly, do we pay the Minister for Earthquake Recovery (Gerry Brownlee) to do?

This mess is further proof (not that we needed it) that a hands-off, free-market approach, will not deliver on large scale development where only  the State has the necessary resources to plan and execute such projects.

Blaming the unemployed for lack of planning may fool some gullible members of the public. But the rest will eventually begin to question why we are importing foreign labour when 146,000 pair of hands are ready, willing, and able to do the work.

Once upon a time, we could do this. We rebuilt Napier after the 1931 earthquake, a more devastating seismic event than the 2011 Christchurch quake,

Few insurance policies covered earthquakes, and many insurers refused to pay for fire damage that resulted from the quake. In 1931 Parliament had passed the Hawke’s Bay Earthquake Act, which provided loans for local companies and individuals to rebuild their premises. Because of the economic depression, however, the funds granted were far from adequate, and repayment terms were harsh. Much of the money for recovery came from charity, which poured in during the weeks after the quake…

In November 1932, Hastings celebrated its reconstruction, and in January 1933, almost two years after the earthquake, during the New Napier Carnival, Napier was declared officially ‘reborn’.

“Almost two years after the quake...”

With far more destruction; greater loss of life (256); less money available (no EQC funding or insurance cover back then!); and limited technology, our grandparents didn’t faff around waiting for the “market place” to deliver results. Nope, they pulled up their sleeves and got down to it.

Whilst it’s true that circumstances between Napier 1931 and Christchurch 2011 differ in many respects – we also have more resources than our grandparents did, eighty years ago.

Lacking in a bit of #8 fencing wire spirit…

But with a surplus of ideology.