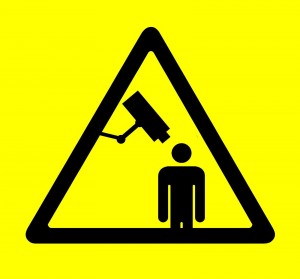 Mark 2013AD  in our history books. It is the year that we became a Policed Surveillance State…

Peter Dunne has capitulated to John Key’s “compromises”, and will give National his support to pass the Government Communications Security Bureau and Related Legislation Amendment Bill and it’s sister Bill, the Telecommunications (Interception Capability and Security) Amendment Bill.

Peter Dunne’s sell-out should bring no joy to civil libertarians and to those New Zealanders who understand the full implications of these two proposed laws.

Every New Zealander will now potentially be under surveillance. Everyone.

The passing of these two Bills is not the end of the story, however. National also has another plan in store for us,

The numbering of children will begin with beneficiary families. That’s how it usually begins; with those at the bottom of the socio-economic heap, and who have been so completely dehumanised by constant vilification and finger-pointing that the Middle Classes no longer consider them as human. Certainly not people they feel empathy with.

Such is the purpose of  well-designed, repetitive, propaganda. The Big Lie.

Of course, once New Zealanders are accustomed to the numbering and surveillance of beneficiary children – National will eventually expand the programme to include all children from all families. Everyone will become a number.

The numbering of  our children – coming to all Kiwi families Real Soon.

Quasi-fascists and naive right-wing bloggers such as that witless, lying fool, Cameron Slater, are positively wetting themselves with delirious joy that New Zealand is a step further to being a Policed Surveillance State.

This could only have come about because of Key’s popularity with the Right Wing and the lumpen-proletariat/middle classes. (XYZ Factor anyone?! Out-House Improvement?? Survivor Eketahuna?!!?)

Had Labour tried to pass these two Bills, the Right would be fainting  from apoplexy-inspired coronary attacks and the media headlines would be written in gory, blood-red headlines damning the rise of the ‘Big Brother’ State.

God knows the fuss over shower-heads raised the level of hysteria to heights not seen since the 1950s “red scare”.

But because our high-polling, smile & wave, Prime Minister is fronting this massive expansion of  State power, only the Left and a few other isolated voices are vocal in their objection.

Interestingly – but unsurprisingly –  several of Slater’s own commentators expressed unease at National’s expansion of the GCSB’s powers. One poster made this unerringly accurate observation,

Slater’s readers seem brighter than the sleaze-meister himself.

But Cows4me has made a valid point (one which Slater doesn’t – or can’t – answer).

The GCSB and telco Bills are being passed by a government “friendly” to rightwingers. So nothing to fear, as Slater and some of his brain-numb sycophants keep telling themselves.

Every three years, we have these little events called “elections”.

And every so often, the public – bless their cotton socks – tire of rightwing economic orthodoxy and vote for a left-wing government to clean up the social mess created by National policies. As happened in November 1999.

Allowing the GCSB to spy on New Zealand citizens, and employing the Telecommunications (Interception Capability and Security) Amendment Bill, gives an awful lot of power to Prime Ministers – including left-wing Prime Ministers.

The Minister has a chat with the PM… the PM has a quiet word with the new head of the GCSB… the GCSB checks the internet activities of Right Wing blogger Mr X… and discovers that Mr X has been secretly chatting up young ladies on Facebook. Which is something that Mr X’s wife might take a dim view of.

And lo! A left-wing blogger is leaked this information and posts some very strong hints about Mr X’s proclivities and activities on his/her own blog… (In fact, there might even be a new blogsite created, by an anonymous left-wing blogger, for just this very purpose.)

If I were Slater or Farrar or any of their rightwing fellow-bloggers, I would not be so chirpy at the GCSB being given such vast new powers. In fact, I’d be hoping that my past and current life  is squeaky-clean.

Same goes for commentators on right-wing blogs who hide behide the anonymity of pseudonyms. A GCSB operative checking IP numbers and relying on their new powers granted under the  Telecommunications (Interception Capability and Security) Amendment would soon reveal their true identities.

Imagine then, if you will, that it was discovered that a commentator was posting from a work station. How would his/her employer feel if they were informed that their employee was indulging in blogging activity during work hours?

Welcome to New Zealand, the Policed Surveillance State of the 21st century.

That’s what was promised about the GCSB when it was first set up in 1977 by Rob Muldoon: it would never be allowed to spy on New Zealand citizens.