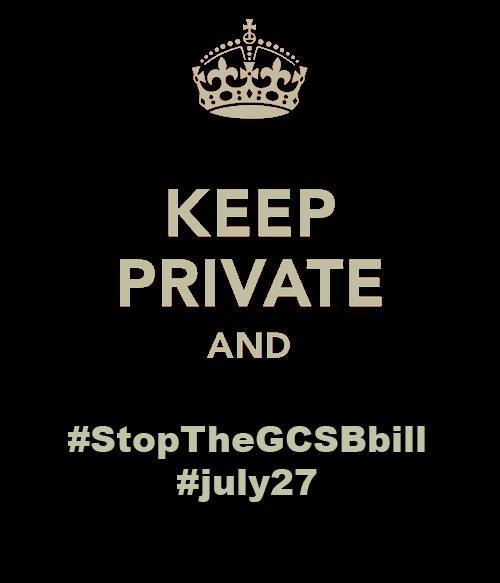 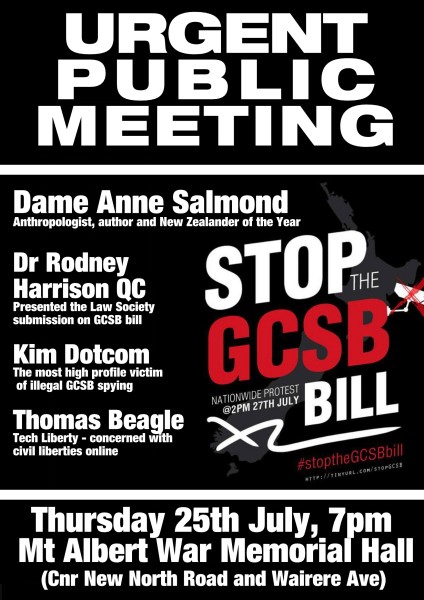 Do not believe for one second that the supposed constraints Dunne has negotiated for the GCSB Bill do a damned thing other than give it a cosmetic smokescreen.

Nothing Dunne has injected into this is a safe guard or a brake peddle or a total guarantee that this won’t be the beginning of mass surveillance of New Zealanders.

-With the amount of rubber stamping we currently see with warrants, adding a warrant protocol system guarantees nothing.

-Stats that we get after the fact of how often the GCSB have spied on us is nothing more than rear-view mirror sophistry. What is the point in knowing how many people they are spying on when they shouldn’t be spying on them in the first place?

-The review won’t be until 2015, after the law is passed and after the next bloody election. The Government will just not bother doing it if Dunne gets wiped out in 2014.

-There is no guarantee that the NSA won’t take all this data.

‘They’ had Dunne’s emails from the Vance investigation, ‘They’ knew all the things he had said, ‘They’ had him by the short and curlies. That he’s rolled over and made some window dressing attempt at legislative relevance to curry favor for some diplomatic post oversees should surprise no one while depressing everybody.

This will be a genuinely dark day in New Zealand’s history. We have spilled blood on foreign shores to fight world wars to stop Governments having this level of control over their citizens, and yet we’ve handed it over to a man who has appealed to our charmless anti-intellectual little brother complex by slurring “I’m comfortable with that’ every time his Government bluntly prunes away our civil liberties.

When Seven Sharp is the benchmark for public discourse, sleepy hobbits are the result.

NZ just took a very long goose step towards a casual style of fascism and all it took was some multi-millionaire trader peddling vacant aspiration for us to acquiesce.