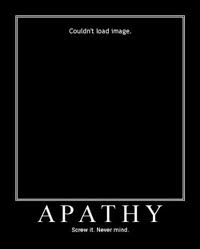 The other day I was talking to a young entrepreneur in Dunedin who scoffed at me for referring to his business as an SME (Small & Medium Enterprises). He knew what that meant, but most owner/operators, himself included, would be turned off by being referred to as such. Call them what they are: Struggling Businesses. His eyes glazed over again when I mentioned the Dunedin City Council’s Draft Waste Minimisation Strategy. Isn’t it rubbish they’re talking about? Rubbish and recycling maybe? He made me promise that I make the Council reporting in Plain English a priority if I got elected this October. His point was a valid one, and one particularly pertinent to the wave of consultation currently being banged through before the elections.

“Using plain English” is a fine balancing act. It can be counter-productive if it is used as a truncheon to beat complex situations into reductive metrics. Let’s call this the Standardised Testing Model. The educational achievements of our children can be as broad as they are nuanced, and the scope of how we communicate that to their families needs to be able to reflect that. On the other side of the coin there’s the District Heating Loop Model.

Last night the DCC held a Public Workshop as part of their consultation on our Energy Plan. Almost a month on from the launch of the framework, the session was billed as an opportunity to discuss the goals and actions of the plan. In practice, it was an exercise in getting individuals to order the largely abstract priorities of DCC Staff. ‘Here are our ideas, now rank them and feel free to add in other things at the end (if you have the time and inclination).’ Fifteen minutes to compare and contrast the relative merits of energy ambitions is optimistic by anybody’s standards. It is only made worse if you have spend you spend a chunk of that time explaining to your group what these high level ideas are.

People in general have no idea what District Heating Loops are, and to ask us to give feedback on it as a proposal makes a lie of any suggestion that this workshop was about engaging the community as a whole. Plenty in attendance had a lot of expertise in this area, and their knowledge is extremely valuable to this critical work, but we have to do a better job of welcoming feedback from a diverse cross section of residents. We don’t expect people to have a background in energy studies to be concerned about our energy future. Why would we expect them to have one to participate in a forum on what to do about it?

If we are to make any inroads in increasing the level of activity in our democracy, declining at a national level and woeful at a local level, we have two options:

Everyone deserves to have an equal say in how our community is governed, but it is the responsibility of the governors to open up the discussion to as many citizens as are interested, rather than as many as they deem qualified.