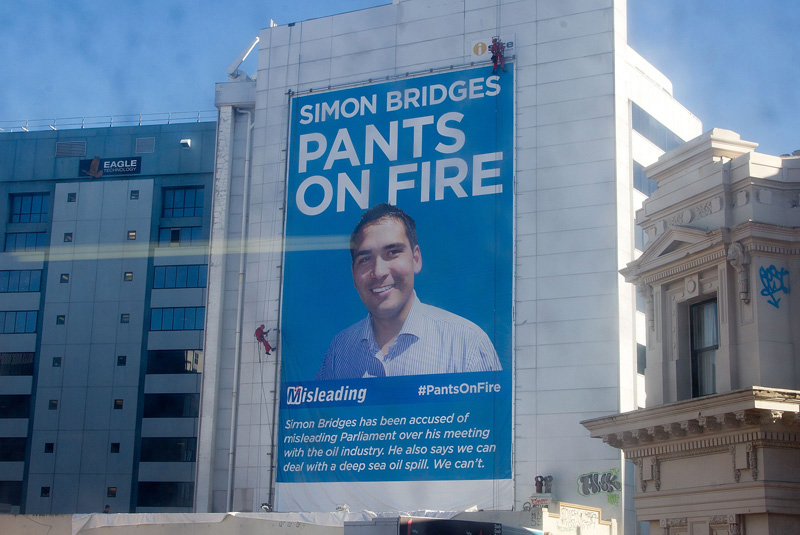 I felt I just had to write to you to express my disgust at your second placement in this year’s Durex Sexiest Politician Poll. I have always suspected political polls were rigged in this country but now I have proof. And what would Durex know about sex in the first place.? You are New Zealand’s Sexiest Politician. By far. John Key looks just like the assistant manager at my local Kiwibank, who is not sexy at all. But your brooding looks would not be out of place on Shortland Street (have you ever considered auditioning, I know you would win a lot of new fans? Being so famous already, maybe you wouldn’t even have to audition). I also love the sound of your voice. It doesn’t matter that I can’t understand a word you are saying. The mysterious way your mouth moves more than makes up for it. I recently saw in the news that your pants were on fire. I just had to let you know that from the moment I saw you on Breakfast once, I’ve always imagined you looked hot in pants. Anyway, I know you are a busy and important man so I won’t take up anymore of your time. I’ve already sent Durex a number of letters saying they got it so wrong last year and that you are New Zealand’s sexiest MP. If it’s a write-in vote, I’m going to send in thousands just for you (I know that might sound like cheating but you are worth it). If my campaign is successful, you will be the Durex 2014 Sexiest Politician of the Year. And when you next get up to speak in Parliament, know that I am out there rooting for you.