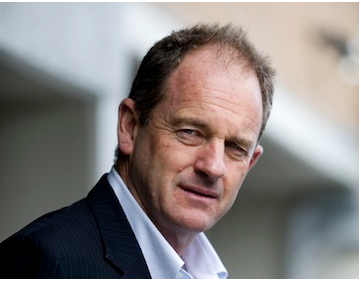 IT’S NO LONGER just David Shearer who’s for the chop. Unless the entire Labour Party digs deep into what remains of its moral resources and hauls out sufficient courage to depose its present leader, then the future of the entire labour movement will be at stake.

For months now journalists, commentators and party members have been focusing their attention on the performance of David Shearer. Who is this man? Does he have what it takes to win? Is he improving? Did he become Labour’s leader by design or by default?

None of that matters now. Everybody who’s been paying attention understands that David Shearer was a right-wing ring-in who saw an opportunity to become a Labour MP and took it. Mr Shearer possessed no long or strong connections with either the national or the local party organisation when he put himself forward as the candidate for Mount Albert. He still doesn’t. He was selected only because Phil Goff (his former boss) stood behind him. Such connections as have developed since he entered Parliament are largely the work of dedicated party workers and supporters.

This is telling, because no sooner was he elected, than Mr Shearer began building a strong and extensive network of media contacts. He would, for example, get together on nearly a weekly basis with the Radio Live politicos John Tamihere, Willie Jackson, Matt McCarten and Matthew Hooton at a fashionable Ponsonby bar. Backbenchers host, Wallace Chapman, was wooed, and even the Daily Blog editor, Martyn “Bomber” Bradbury, found himself on the list of media figures to be courted by the new member for Mt Albert. Mr Shearer also acquired a regular spot on the UNITEC radio station during which he interviewed everyone from the war correspondent, Jon Stephenson, to the author of this posting.

And these are only the names which have come to light in left-wing circles. There can be little doubt that Mr Shearer was courting significant right-wing media figures every bit as assiduously as he was winning friends and influencing people on the Left.

We should, perhaps, pause at this point and take stock of this information. Here was a complete political newbie with virtually no longstanding ties to his party, the unions or any other left-wing NGOs. What might such a person be expected to do before attempting anything else? Get to know his electorate? Cultivate the editor and reporters of the local giveaway paper? Start developing the relationships so necessary to understanding the Labour movement?

That’s certainly what the electorate MPs of the past would have done, but Mr Shearer is cut from very different cloth. He hit the ground running in a frantic rush to construct a web of media contacts and relationships more appropriate to a political party leader than a humble back-bencher. One could be forgiven for thinking that, from the moment he entered Parliament, becoming the leader of the Labour Party was not, for Mr Shearer, some sort of vague, long-term ambition, but his primary and immediate goal.

Now, before you accuse me of hatching dark conspiracy theories, or channelling Robert Harris’s The Ghost Writer, let me just alert you to the research I have already done on Mr Shearer’s background. (Available here and here.) Suffice to say that it is not at all in the tradition of past Labour leaders and raises a number of questions to which neither Mr Shearer himself, nor his supporters, have ever provided satisfactory answers.

Now, some might say that it was this very unorthodoxy which most recommended Mr Shearer to both his colleagues and a great many other New Zealanders. His celebrated “back story” was brilliantly summarised in the neat formula: John Key left New Zealand, became a currency trader and made 50 million dollars. David Shearer left New Zealand, became a UN aid administrator and saved 50 million lives. Here, at last, was the Centre-Left’s candidate from Central Casting. Surely, anyone who could face down Somali warlords was more than capable of going toe-to-toe with John Key?

Certainly, that was the line Mr Shearer’s carefully cultivated support network of journalists and commentators was only too happy to promote – and a majority of the Labour Caucus was happy to go along for the ride. Most of them had learned to pay a great deal more attention to what the media was telling them than to anything the Labour Party rank-and-file might say. Mr Shearer’s rival for the Labour leadership, David Cunliffe, may have been a West Auckland MP since 1999, and served as a Cabinet Minister in the Labour Government led by Helen Clark, but during that 12 year career he had signally failed to construct a media network of Mr Shearer’s power and reach. Caucus voted for Mr Shearer.

Once again, it is worth pausing to reflect on that extraordinary result.

Here was a Caucus member of less than three years standing: someone who had risen without trace from that mysteriously opaque no man’s land between the Labour Party’s organisational and parliamentary wings; a candidate parachuted into a safe Labour seat from the Party Leader’s very own aircraft; a man who possessed not only no national campaigning experience, but who also lacked any real emotional or ideological ties to the Labour Party he was now charged with leading to electoral victory in 2014.

If the Caucus had gone out of its way to choose the man least likely to defeat John Key, one of the shrewdest and most effective National Party prime ministers in New Zealand’s political history, they could hardly have done better than David Shearer.

And now everybody inside – and outside – the Labour Party Caucus knows it. Mr Shearer has grown into a huge and dangerous cuckoo in Labour’s nest. Since his ill-conceived intrusion he has either injured or ejected at least three of Labour’s chicks, and if something is not done to remove him, then all of their siblings will likely share a similar fate – and the disintegrating nest itself tumble to the ground.

At this difficult moment in its history, New Zealand cannot afford to lose Labour as a viable opposition party. If ours is to remain a substantive – and not merely a formal – democracy, the government of John Key needs to feel the restraining political influence of a credible alternative regime.

It is, therefore, the clear duty of every member of the Labour Caucus – and the Labour Party – to repeat to David Shearer the words Oliver Cromwell directed at the unrepresentative Rump Parliament in 1653, and which the House of Commons itself repeated to the failed figure of Neville Chamberlain in the grim days of May 1940:

“You have sat here too long for any good that you have been doing lately. Depart, I say; and let us have done with you. In the name of God, go!”