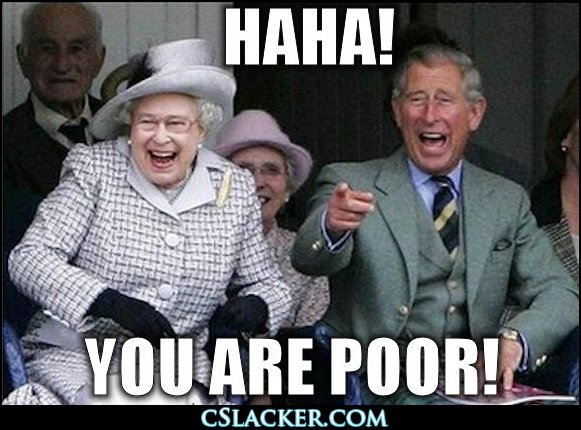 It is somewhat heartening to see so many academics speaking out recently about the state of the nation. It appears they’re no longer willing to remain silent and let this once great country of ours to degrade even further just to allow the wealthy 1% to become even richer.

There is no question that New Zealand has a rapidly widening gap between the rich and poor; inequality that results in serious adverse social conditions and let’s face it, destroys lives. What’s also without question is that the accumulation of wealth in the hands of a few has come at huge expense to the already impoverished, who are now suffering from poverty related diseases at unprecedented levels.

A case in point is the 22% of children in South Auckland who’ve been treated for strep throat in the last year, clearly indicating that living conditions have declined even further under a repressive right wing agenda.

Instead of helping the poor into healthy accommodation and alleviating overcrowding, the current government has set about destroying state housing with harsher entry criteria, forced evictions and hundreds of demolitions or sell-offs. At a time when there’s already a shortfall of 10,000 homes every year in Auckland alone, National plan on reducing the number of available state houses by a further 12,000, which is an obvious recipe for disaster.

It wasn’t as if housing for the low waged or welfare dependent wasn’t bad enough already, with impartial research company BRANZ finding in 2011 that 59% of New Zealand houses weren’t being maintained properly. In the same year the OECD found that rentals were overpriced by 43%, reports that went without response from those who could affect change, namely the government.

With huge increases in the price of power, widespread energy poverty is resulting in thousands of people living in cold and damp houses, which in turn has led to epidemics of preventable diseases. There is simply no point in insulating houses if people cannot afford to heat them properly, a major problem that National has chosen to ignore by refusing to properly regulate power companies.

Of course the government isn’t happy about all this and has tried to close down anybody who speaks out about such dysfunction. Instead of developing policy to alleviate the terrible conditions many Kiwis are now forced to endure, National prefers to try and bully the outspoken into silence in the hope that the people of New Zealand won’t wake up and vote for a political party that actually gives a damn.

With skyrocketing house prices putting the pinch on people of even moderate means, home-ownership is now in steady decline. There is also the issue of significant tax increases and soaring commodity prices, while wages for the majority of Kiwi workers have remained stagnant or, in some cases, declined. The greatest impact has been on males aged 16 to 20, who are now 14% less financially secure since National gained power in 2008. There is clearly no brighter future for the young in New Zealand, which is why they continue to leave for Australia in droves.

With a veritable shipload of statistics that make National look incompetent at best, I often wonder why they still appear to have so much support? Clearly the majority of Kiwis are a lot worse off under the current regime, so why would they vote for a party that seems determined to continue an agenda of class warfare? The answer is pretty simple: propaganda! The right wing spin-doctors have been working overtime to ensure the public is fed a diet of misinformation and in some cases outright lies.

‘Everything will be fine as long as we sell your assets’ National claims, after promising to spend the projected profits five times over. ‘It’s the global recessions fault’ they still say, while ignoring the fact that it officially ended in June 2009 and commodity prices for key exports are now at historical highs. However, none of this has resulted in any trickle down effect to improve the lives of ordinary Kiwis.

If all National can provide are excuses, come December 2014, they will be out the door.