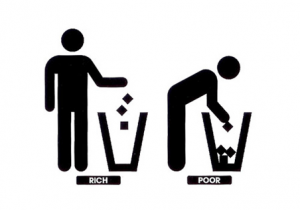 Let’s be blunt and honest about the true costs of these new Welfare cuts. The first thing to appreciate is the bare faced lie Paula Bennett regurgitates when challenged on their effect. Despite Paula’s vacant faced protestations, these reforms WILL NOT find beneficiaries jobs, they are created for the very specific purpose of disqualifying those people that mainstream media have no sympathy for.

These rules are cost cutting measures built to find excuses to end someones benefit, the smokescreen of helping to make people ‘work ready’ is as bleak a lie as ‘work makes you free’.

This is cruelty as social policy. The impacts of putting pressure on the most vulnerable amongst us back to work with the petty weekly shaming and stick threats of a ‘social worker’ contracted to find an excuse to kick the person off welfare will have a cost that Treasury and Paula Bennett have not factored in.

The most vulnerable amongst us will be forced to do with less because of an economic financial meltdown none of them had any hand in making, while this Government hands back $400m a year to the richest NZers in Tax cuts.

The 800 000 NZers living beneath the poverty line don’t need more welfare punishment by a vengeful ideological Government venting at their favorite public hate target. This entire debate manages to operate within a neoliberal cultural fantasy that demands self congratulation for ones status in society minus the acknowledgment of the invisible privilege that’s set them there.