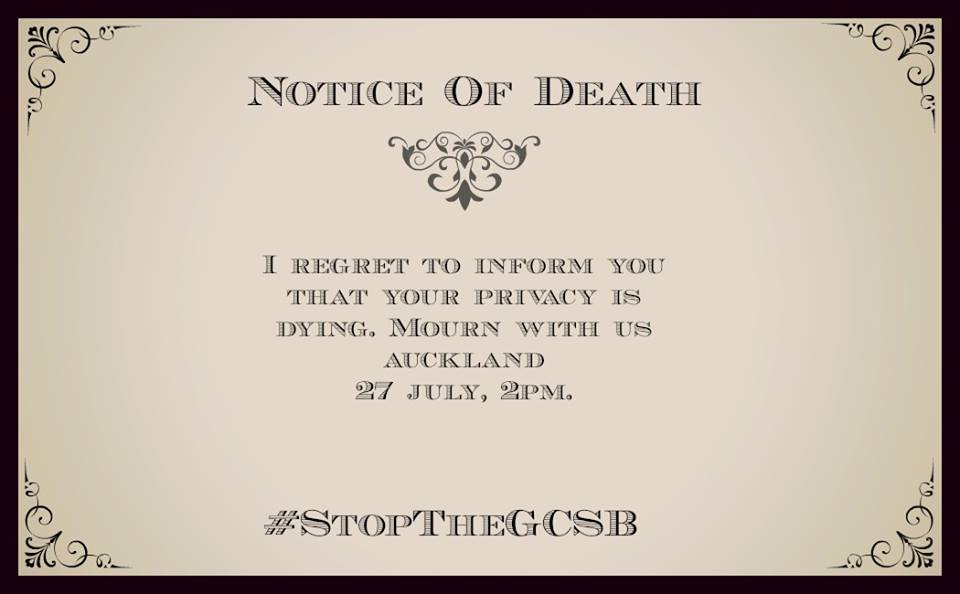 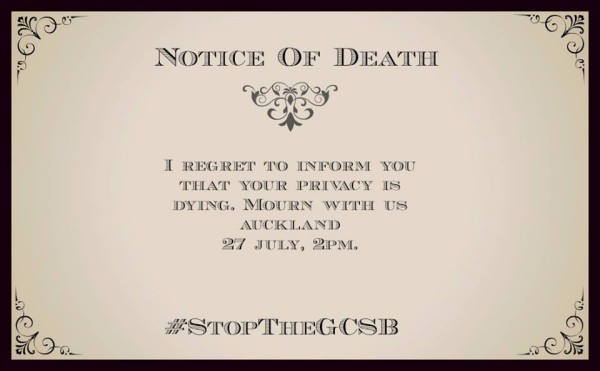 Brothers and sisters, it’s reached that point where we simply have to stand up and protest what John Key is trying to allow with the GCSB law.

Make no mistakes, allowing the GCSB to legally spy on NZers represents the largest erosion of civil liberties we have seen since the 1951 Waterfront lockout. In light of the Snowden revelations, we know this information will be passed to the Americans.

We are not criminals and we refuse to live under the lidless eye of Mordor in an Orwellian dystopia.

Now is the time to march and refuse the State these powers. This isn’t a left wing or right wing issue, this is a NZ issue. No Government should give themselves this kind of power.

-88 NZers have been illegally spied upon.

-Key’s response to this has shockingly been to just make the spying legal.

-This information seems to be going straight to America.

-We are spending over $100m per year for the GCSB and SIS.

-Key has appointed his childhood school chum as the head of the GCSB.

-Private companies can contract the GCSB for information.

The checks and balances are smoke and mirrors, concentration of power like this is dangerous to a democracy.

This isn’t the New Zealand way, let’s remind the Government they are here to serve us, not spy on us.

Protests marches around the country are springing up for the 27th of July – make sure that if there is one protest march you go on this year, it’s this one.