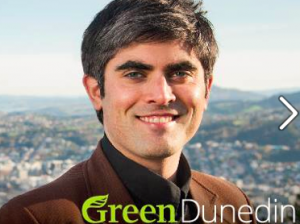 The bad news continued for Dunedin City Council-owned utility company Delta continued last week, with the announcement that 77 more staff would lose their jobs (41 in Dunedin) with the closure of its last three civic construction outfits. 40 jobs had already been axed by the company when it decided to close its Christchurch arm due to a lack of available infrastructural work a couple of weeks prior.

Some have blamed the money spent on high salaries for Delta management. Most pathetically, Cr Bill Acklin has suggested that the Delta could have afforded to keep these workers on the payroll if the DCC weren’t investing in “minority areas” like cycleways. In that same piece, he complains about the strength of the DCC’s procurement policy, suggesting that had it been stronger Delta would have survived. Further questioning by Chris Morris reveals how shallow Acklin’s understanding of the area is, but thankfully the Council itself is more useful. 75% of the Council’s spend goes to local providers (81% including wages), and preferential clauses exist to pay a premium to keep a contract local if the total value is under $50,000. The questions to ask are;

Are we happy with the rate of local spending by the DCC, and of the contracts not being picked up locally how many are due to a lack of capacity?

For futureproofing of the City, how many of these services not available here should we be encouraging to establish themselves here?

Is $50,000 too low a bar to set for a procurement policy weighted in favour of the local community?

A messier and more obvious financial liability for Delta has been their failed business expansion. In 2008 & 2009 they spent more than $14 million going into the residential subdivision market, on the grounds that it would create infrastructural work for them in the process. In the midst of the worst financial disaster since The Great Depression, a DCC-owned utility decided to spend up large as property investors at Jacks Point & Luggate in Central Otago. In case you were thinking they were just buying low with an eye to selling high, this doesn’t look likely. Last year they announced a write down on the value of the two investments of $7.5 million, prompting Mayor Dave Cull to ask the Office of the Auditor-General to investigate.

I have no doubt our Mayor genuinely wants to know why we are now footing the bill for The Delta Debacle. Dunedin residents deserve answers; Who was in charge of the operational decisions that got us into this mess, and who had oversight of it in a governance capacity? Of those ultimately responsible on both sides, are any still in those same positions, and if so why? Passing it on to the OAG is an important step, but to sit back in the meantime, making Delta staff collateral for this investigative stalemate is not right. The image of those responsible for the mess continuing to collect their healthy remuneration while workers lose their jobs to fund it is hard to stomach. Unfortunately for those being laid off, they won’t be able to continue as if nothing happened.

In Russell Garbutt’s Op-Ed  backgrounder in yesterdays Otago Daily Times, he questions how long it is taking the OAG to investigate the property acquisitions at Luggate & Jacks Point, and why they refused to investigate the DCC’s acquisition of Carisbrook (from the Otago Rugby Football Union) at a similarly inflated price. There would certainly be those wanting it to drag on for as long as possible, after this year’s election perhaps, but there is possibly appetite for a go slow in Wellington, too. Given the National Government’s insistence on neutering the powers of local bodies wherever possible, it would surprise nobody if a series of OAG & SFO judgments were released en masse, becoming a truncheon to beat down the rights of local communities to have input into local decision making.

The shenanigans of questionable governance aside, it’s been a rough few weeks for Dunedin on the job front. We owe it to the soon-to-be-former workers of Delta, New Zealand Post & Dunedin Hospital, their whanau and friends, to make an effort to turn the City around. Business as usual won’t work and is no longer acceptable. It is right to fight to keep these jobs, but at the same time we need to look for new opportunities in sustainable industries as well. It is up to the DCC to inspire the entire community to be a part of the solution, and to guide them through the process. We need a Council that listens but also one who leads from the front.

We can’t afford to exhaust ourselves treading water.

We need to ask the questions above with regard to how our procurement policies can better serve our local economy, and we should be taking seriously the cost-saving and job-creating potential of the Green Business proposal already put forward. The City’s current Economic Development Strategy doesn’t even make graduate retention an immediate priority, when it is one of the best long term approaches we have available to us. Instead of being an exporter of great minds, we should be doing what we can to get them to stay and populate our ample empty retail and office spaces; tech startups, co-worker spaces, social entrepreneurship enterprises, art studios, temporary galleries and venues, all of these things will stimulate the area around them more than a clutch of competing For Lease signs in a store window. Dunedin has world class wildlife, both natural and creative, and these need to be protected and promoted as the huge community assets they are.

Green Dunedin has a strong alternative plan that supports and protects Dunedin jobs and helps create new ones. We have proposals that make the most of our City’s strengths, celebrate our uniqueness and show it off to the world.

The status quo has to go.