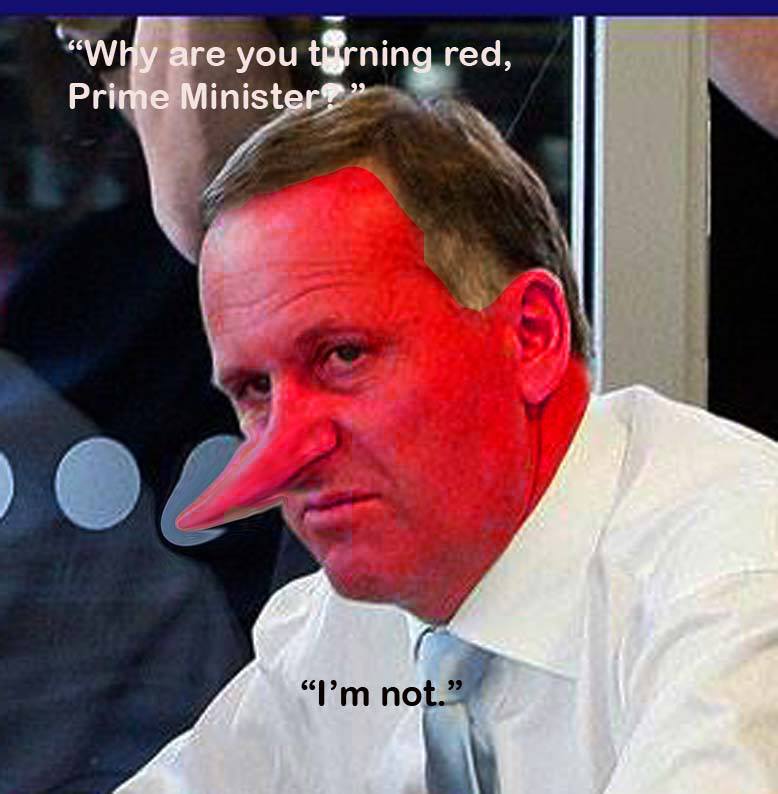 Art imitates life. Or is it the other way round? This week we finish ATC’s season of Anne Boleyn and who would have thought a play about palace intrigue, royal succession, spying and mass state surveillance could be so topical? But this week, New Zealand’s politics were torn from the pages of history.

First there was Judith Collins, emoting in full-Thatcher mode, about the Royal Succession and that a woman will one day ascend the throne ahead of her brother. But never a Roman Catholic! What’s that? Every night in the play, the finer points of English theology have brought the house down. The flamboyantly predatory James I quizzes his new plaything about his religion. “I’m not theological at all: Church of England” responds the dewy-eyed George Villiers. In fact, the whole religion was invented to facilitate Henry’s divorce from Catherine and his marriage to Anne. But this didn’t stop Judith who blustered away, like a royal barge under full sail, cannon firing, flags a-flutter. Magnificent to watch but ultimately irrelevant and anachronistic in a twenty-first century democracy.

So too was Labour’s so-called and ill-fated ‘man-ban’. A policy point to improve gender equality by standing females only in some electorates became, thanks to the helping hand of a blogger from the right, a so-called field day for a lazy press who liked the phrase, even if there wasn’t a story. It was a frenzy and a farce: an own goal for Labour. Points to National for spin of the week. Really, it was much ado about nothing: all intrigue, no information. But that’s the news for you!

The best show in town (aside from us thespians of course) was the Key-Dotcom showdown over the GCSB. “Are your eyes and ears everywhere Master Cromwell?” asks the doomed Cardinal Wolsey in the play, moments before he is lead away. Well, yes, they are it seems. EVERYWHERE! The NSA is listening to everyone and the GCSB wants to hear more. “Did she think I don’t have spies watching the stables, as I have spies everywhere?” says Cromwell. Well, it seems there were spies all over Dotcom’s Coatesville stables. Himself an escapee from the Goldfinger auditions, Dotcom is a master of theatricality. Articulate, razor-sharp and dangerously rich, Cromwell would have recognized a kindred though Germanic spirit.

The drama was palpable. “Why are you turning red, Prime Minister?” “Why are you sweating?” (who writes this stuff?). “You know I know” says Dotcom to Key. “You know I know” says Anne to Cromwell. Line for line, art imitated life imitating art. You could have knocked me down with a feather quill. Howard Brenton wrote my dialogue. Who wrote theirs? Well you might ask. It was riveting stuff and, like all great art, of consequence.

Key shrugged it off at the time. But Dotcom was on his mind. In fact, one could almost see Dotcom’s head on a prime ministerial platter. He wishes! When discussing New Zealand’s royal baby present, yet another state secret, (and royal births being yet another theme of Anne Boleyn), the PM snarked darky “We’re giving them Kim Dotcom”. Towards which, a poem, dedicated to the royal couple, their imminent sprog, and their loyal, treasonous, lying, scheming Ministers throughout the realm. God bless them all.

And when the royal babe was born
The people from downunder
Sent not gold or frankincense:
But a German, thighs of thunder.
Kate and Wills did scratch their heads.
“Seems rather strange to me!
Whatever must he think down there,
That social climber, Key?”
Still, the German grew on them:
“Whatever shall we name him?
He’s just so cute and cuddly
(And what a box he came in!).
Ever after so they lived
As King and Queen of Pom
The royals and their precious babe
And favourite toy, Dotcom.