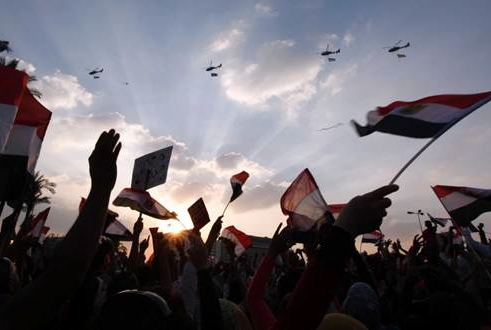 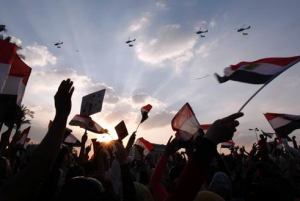 TO THOSE WHO LOOKED at the surging crowds in Tahrir Square and saw a revolution.

To those who think that countries can be run from the streets.

To those who hoped that this time it would be different.

Your hope was vain.

Since the time of Ptolemy, Caesar and Marcus Antonius, Egypt has been the prize of generals.

Since Napoleon substituted himself for the Mamluks he had just defeated at the Battle of the Pyramids, Cairo has been the playground of soldiers.

Since Nasser deposed Farouk, the crowds have cheered the men in uniform.

But adulation is not democracy.

Acclamation is not democracy.

Building barricades and throwing back tear-gas canisters is not democracy.

The slow patient building of organisation in every neighbourhood, in every suburb, in every town and village.

Listening to the voice of the village. Hearing the message of the town. Pasting posters on the walls of the city. Driving people to the polling booths. Watching your candidates win.

Killed by impatient graduates, impractical dreamers, impulsive fools who think a crowd is a movement and a slogan is a manifesto, and that democracy is about getting what you want when you want it.

And if someone says “No”, the people have entrusted us with another, different vision, then you simply go back into the Square and shout until the army sends its helicopters overhead towing the nation’s flag – and you cheer.

Because the men with guns will give you what you want when you want it.

Just as they always have.

So cheer. Set off your fireworks. Celebrate.

The death of Egyptian democracy.