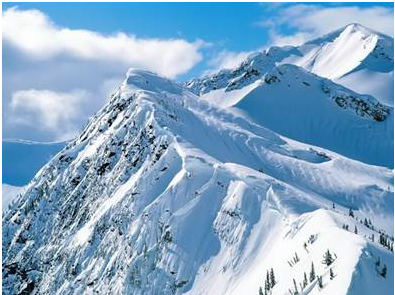 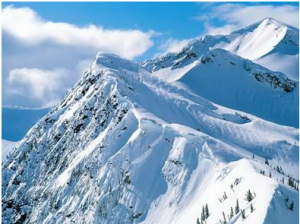 AMIDST ALL THE CLAMOUR of its detractors, the true significance of Labour’s “Man Ban” has eluded most commentators.

Yes, there are many more important issues the party would have preferred the news media to focus upon.

Yes, it is further evidence of a party with no reliable political grown-ups in charge.

Yes, Labour’s opponents will dine out on it for months.

And, yes, it’s the only thing the 2013 Annual Conference will be remembered for.

But, the “Man Ban” is also proof of something else: that the distance separating Labour’s rank-and-file from Labour’s Caucus has grown as wide as the gulf that once separated the “old” Labour Party from the “new”.

It is nearly a quarter of a century since the left of the Labour Party, together with a wild assortment of Maoists, Trotskyites, eco-socialists and radical feminists, converged upon Wellington’s Overseas Terminal building for the Inaugural Conference of the NewLabour Party (NLP).

By the end of that eventful Queen’s Birthday weekend in 1989 the NLP leader, Jim Anderton, realised he had a tiger by the tail. He remained reasonably confident of managing the radical Labour activists who, like him, had walked away from the Lange/Douglas Government in disgust. But the comrades from the Workers Communist League and the Permanent Revolution Group had left him badly shaken. As far as these hard-line Marxists were concerned, left-wing social-democracy occupied the extreme right of the NLP’s political spectrum. Anderton was left in no doubt that the new party possessed a much sharper cutting-edge than the old.

Two constitutional provisions sheeted home the steely determination of the NLP to move away from the comfortable compromises of Old Labour. Interestingly, they were both driven by the women of the party.

The first was the repudiation of the so-called “Conscience Vote”. The NLP had taken a clear and unequivocal pro-choice stance on the abortion issue, and its MPs were not going to wiggle-out of it by claiming a conscientious objection to voting for a woman’s right to choose.

The second was an equally unequivocal commitment to full gender equality throughout the party – up to and including the slate of candidates put forward by the NLP for local and national elections.

There were plenty of older heads that were lowered and shaken at these manifestations of the young party’s uncompromising commitment to left-wing principle. But to the younger party members – myself included – this gale of radicalism was as bracing and invigorating as the wind off Wellington Harbour. We were starting as we meant to go on. Compromise had led the old Labour Party into the quicksand of Rogernomics. The NLP would march only on the high moral ground.

For some reason, the NLP’s quota policy struck a very tender nerve. Unschooled in the subtleties of feminist theory, these daughters of the proletariat roundly took me to task for having such a “bloody silly rule”. When I attempted to explain the purposes of positive discrimination to one stern matron, she held up her hand for silence, and told me in no uncertain terms that I was wrong.

“Don’t you see, son? It’s as bad to put someone into Parliament on account of what they haven’t got between their legs as it is for what they have. All that should ever matter is what they’ve got in their heads and in their hearts!”

As you can see, I’ve never forgotten her words.

Still, that was 25 years ago, and her generation is swiftly passing away. Attitudes may have changed.

Labour’s rank-and-file clearly think so, or they would not have endorsed the proposed changes to their party’s candidate selection rules.

And I salute them for it. How could I not? To discover that the members of the old Labour Party are on the verge of embracing the radical social-democratic principles of the NLP has stirred my heart – as well as my memories.

But also, I must confess, it has stirred my doubts.

It’s not that I question the sincerity of Labour’s rank-and-file – not at all. The psephologist, Dr Jack Vowles, who set up the long-running New Zealand Election Study, examined the attitudes of activists who attended Labour Party conferences in the 1990s and compared them with those of activists he’d interviewed at Alliance (into which the NLP was folded in 1991) conferences over the same period. His conclusion? That the attitudes of rank-and-file members of Labour and the Alliance were startlingly similar.

No, my doubts are centred on the Labour Caucus. The public responses of Labour MPs Clayton Cosgrove, Damian O’Connor and Shane Jones make it very clear that the idealism of the party’s rank-and-file is not about to be embraced unanimously by Labour’s parliamentary contingent. Indeed, given the latest remarks from Labour Party leader, David Shearer, the news media will almost certainly make getting rid of the “Man Ban” a test of his ability to rein-in the “stupidity” of the party organisation.

Political journalists and commentators are united in their view that the proposed rule changes constitute a massive political “own goal” for Labour. They seem equally certain that the daughters of the New Zealand proletariat (not to mention its sons!) remain as unenthusiastic about gender quotas in 2013 as they were in 1989. Labour’s problem, according to this argument, is that its apparent obsession with what candidates do or don’t have between their legs will call into serious question what they have (or don’t have) in their heads and their hearts.

And it is here, perhaps, that the experiences of the old and new labour parties do begin to diverge. Though the gender quota rule may have irritated potential NLP and Alliance supporters, these latter parties’ core policies were so unequivocally left-wing in character that annoying internal organisational details could be overlooked.

The same cannot be said of Labour. As was the case in the 1980s, the wishes of the Labour rank-and-file and the political plans of the Labour Caucus continue to clash. Labour MPs remain convinced that, in any battle with the rank-and-file over policy (or anything else) they must never be seen to lose. The rank-and-file’s across-the-board radicalism is, therefore, perennially blunted by parliamentary pragmatism.

Can this battle between pragmatism and principle ever be ended? Not, I suspect, without pitching the party into the same sort of cataclysmic disunity that split Labour and led to the formation of the NLP in 1989.

But all those rank-and-filers who yearn, as I once did, to rescue their party from the quicksand of compromise and lead it up onto the high moral ground, should bear in mind this uncomfortable truth.

There are bugger all votes on the high peaks of principle.

If you want to win elections (which is what political parties are all about) then, in the words of Jim Anderton, you must be prepared to “build your footpaths where the people walk.”