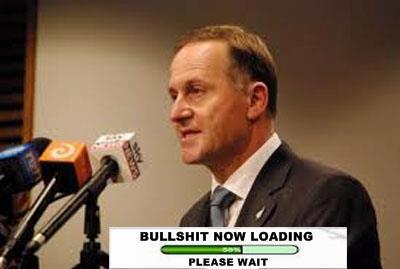 Audrey Young on the GCSB…

It seems that the Herald’s Audrey Young is the only journalist in the entire country who has not bought into the Official Party Line that the GCSB Act 2003 is “vague” or “flawed”.

The GCSB Act 2003 expressly forbids it from spying on the communications of New Zealanders.

But, by a series of snakes and ladders through the stated functions and objectives of the act, it convinced itself it was allowed to help the SIS and police spy on New Zealanders.

The law is about as explicit as it can get, without adding crayoned drawings for the terminally dense,

14 Interceptions not to target domestic communications

Which makes other journos look lazy or incompetant or both, when they repeat  government rhetoric about “vagueness” or “not fit for purpose” without checking the facts for themselves.

If  Audrey Young can present the facts, then so can every other journalist worth his/her salt.

A Tale of Two Bains…

The latest on the David Bain saga, and the Third Degree report on TV3 which presented damning evidence which showed Robin Bain as the most likely killer of the Bain family,

Funnily enough, I cannot recall this group of obsessive-compulsives laying a similar complaint with TVNZ when Bryan Bruce (who I have much respect for, for his work on child poverty) hosted an episode on the Bain family, where he made it clear that he did not believe Robin Bain committed murder/suicide (see: The Investigator Special: The Case Against Robin Bain).

But I guess for these folk, that’s not bias, eh?

Over the years there have been many programmes presenting both sides of the case.

For one side to lay a complaint of “bias” is therefore just a little cheeky. More to the point, it illustrates a kind of growing “cult” mentality for some in the  Pro-Robin/David Did It camp.

They remind me of Creationists and Climate Change Deniers.

Something that caught my eye last week was this item in the Dominion Post,

It occurs to me that much like trucking figures are being used as indicators of  macro economic growth, our nationwide  car fleet can be an indicator of the economic well-being (or otherwise) of ordinary New Zealanders at street level.

In April, John Key boasted of “strong economic growth” in 2012,

“We’re seeing some great results. We achieved 3% economic growth in New Zealand last year, which is higher than most developed countries, and business confidence is increasing. Over the weekend, I met Christine Lagarde from the International Monetary Fund while in China, who said she believes our economic plan is “very stable and it’s also very promising“.”

Yet, if our car fleet is getting old, and fewer are being scrapped, then that indicates that the gains are not trickling down to workers.

According to Statistics NZ,

Note the statistic buried amongst the fifures above: “In the March 2013 quarter, 13% of all surveyed salary and ordinary time wage rates increased“.

The corollary to that is that 87% had no increases to their  salary and ordinary time wages.

Little wonder that our car fleet is aging. People cannot afford to buy new (or even newer second hand) vehicles.

Wherever the wealth is going, it’s not trickling down to the 87%.

The Price of Cocoa…

Interestingly, it also contained 200g net dry cocoa powder. However,   whilst the contents remained the same as Can A – the dimensions of the can inexplicably increased; 130mm (H) x 75mm (D). Same diameter as Can A – but 20mm taller. Contents remain the same net weight.

So the up-shot? The can-sizes have gotten bigger – whilst the contents has reduced by 5%.

On 9 June, I emailed Nestle to find out what was going on,

It has recently come to my attention that two cans of Nestle Baking Cocoa measure 110mm X 75mm, whilst the other measures 130mm x 75mm.

It appears that you have increased the SIZE of the can, whilst the contents remain the same.

Is there a reason why the size of the cans  was increased, by 20mm in height?

And can you confirm that the price stayed the same; increased; or reduced; when the change was made from a 110mm height to 130mm height?

(The email was sent prior to purchasing Can C.)

Perhaps not surprisingly, I received no reply from Nestle.

Unfortunately, I never retained the receipts for Cans A and B, otherwise I could compare prices. But what’s the bet that the retail price probably increased?

So next time Dear Leader stands before the Press Gallery and claims credit for his government policies resulting in  low inflation or a drop in food prices – just remember; there are lies; damned lies, Prime Ministerial utterings, and statistics.

Mix all four together and you get a “drop in inflation and food costs less”.

And thus it came to pass…

“As short a time ago as February, the Ministry of Plenty had issued a promise (a “categorical pledge” were the official words) that there would be no reduction of the chocolate ration during 1984. Actually, as Winston was aware, the chocolate ration was to be reduced from thirty grams to twenty at the end of the present week. All that was needed was to substitute for the original promise a warning that it would probably be necessary to reduce the ration at some time in April.” – George Orwell,  ‘1984’