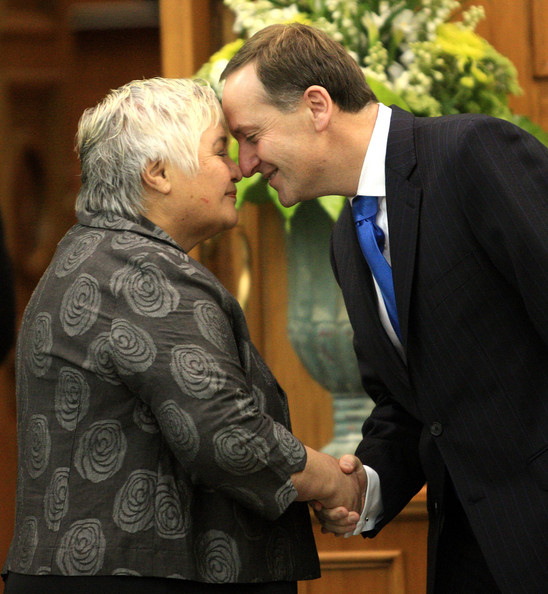 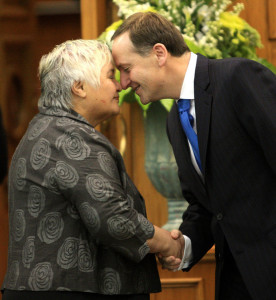 The sudden stepping down as leader of the Maori Party by Pita Sharples should come as a surprise to no one.

The battle for second place in the Ikaoroa-Rawhiti by-election seems to have surprised the Maori Party and that in itself speaks volumes. The rise of MANA and what MANA represents has caught the Maori Party off guard.

The Maori Party’s vote share didn’t dip much, but they are now running at a base vote threshold and are not resonating with the younger demographic MANA connects with, that means they are no longer the future.

Pita stepping down is an attempt to find a future.

There has been much chatter that a MANA – Maori Party could come together, and that’s entirely possible, but only if the Maori Party moved to the left. The pulling power of MANA is that it recognizes the economic structure is part of problem and requires significant changes of focus if it is to be harnessed to resource the universal social infrastructure.

The Maori Party may have formed from the seeds of indigenous politics, but the interests it has tried to represent and further at the table with Key have been Corporate Iwi brandishing a capitalism as empty as Pakeha capitalism.

Class has played a larger factor in the MANA – Maori split than many pundits want to acknowledge because that would require a debate of some political sophistication, and we don’t really do that much in NZ. As inequality grows, as 800 000 NZers live in poverty while 29 000 NZers own 16% of everything, class will drive the politics.

Pita Sharples is a great NZer and a strong voice for Maori, but one can’t help but think he was outplayed by John Key who always needed the relationship to make National look far more moderate and inclusive than they really are. The National Party/Maori Party relationship was political camouflage that would always wear off once the credibility of the Maori Party had been worn through.

The problem for National is that they watch another coalition partner grow weaker and increasingly have to consider NZ First or throwing Colin Craig a cup of tea in Rodney to form a majority post 2014.

Pita stepping down is a realization of how corrosive the National Party relationship has been. You can’t stand for the people on the bottom of the heap when you are sitting at the table with the agents of that oppression.