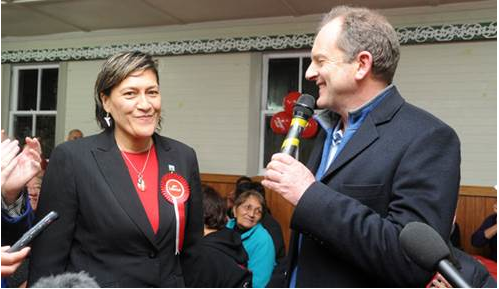 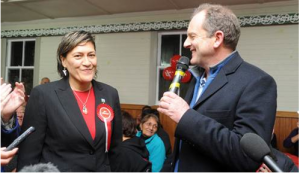 UNDERWHELMING – no other word fits. Though the opportunity for a major political upset was clearly present in the days preceding the Ikaroa-Rawhiti by-election, when the moment came the voters declined to take it. Yes, the Maori Party was relegated to third place by a media star representing the Mana Party. But, Labour’s Meka Whaitiri was 1,762 votes ahead of him. And that’s the point. Although the electorate, taken as a whole, clearly preferred someone other than Labour’s candidate, there was insufficient political will to turn that potential anti-Labour majority into a real upset on the night.

The election of Social Credit candidates in the late-1970s and early-1980s demonstrates the point very nicely. The general mood of the New Zealand electorate was that, while the National Party government of Rob Muldoon needed a good kick up the arse, Labour was not yet ready to be rewarded with a by-election win in a formerly safe National seat. Hence, in both the Rangitikei and East Coast Bays by-elections, disaffected National supporters and traditional Labour voters both threw their support behind Bruce Beetham and Gary Knapp.

In the Timaru by-election of 1985 the socially conservative but economically radical working-class voters of this small South Canterbury city delivered a stinging rebuke to what they saw as a Labour Government and a Labour Party vigorously engaged in sawing through all the cables that had formerly connected them to the traditional labour movement.

Similarly, the succession of by-elections that took place during the 1990s, in which Alliance candidates performed extremely well, were examples of voters delivering messages to the two major parties by swinging-in behind a third. Not enough, it must be said, to actually deliver the Alliance a seat, but certainly enough to register the electorates’ extreme dissatisfaction with the political behaviour and economic direction of Labour and National alike.

Then there were the by-elections of 1993, 2004 and 2011 in which the electors reconfirmed the mandates of Winston Peters, Tariana Turia and Hone Harawira. The voters knew that by re-electing these principled mavericks they would also be showing their strong support for the causes that had occasioned their political defections.

The above examples all indicate a high level of political consciousness among by-election voters. They were clearly aware that they had been given the opportunity to act as proxies for the wider electorate. Single electorates thus acquired the character of special citizens’ juries, vested with the power to deliver potentially crushing judgements on both the Government and the Opposition of the day. It was a power that could only be recognised and exercised by citizens who still felt themselves to be legitimate players in the democratic game.

They were considerably assisted in this role by a news media which still acknowledged its democratic responsibilities to the nation as a whole. In depth reporting of the issues directly affecting the by-election’s outcome would be complemented by scientifically robust opinion polls giving regular snapshots of the race. Voters determined to deliver a message knew exactly what they had to do – i.e. who they had to vote for – in order to make their voices heard.

Scientific polling was most helpful in identifying which candidate/s represented a “wasted” vote. The results thus permitted electors whose preferred candidate was clearly not going to win, to shift their vote behind the most viable challenger. This frequently led to the deliberate “collapsing” of a party’s support, and its transference to the most viable enemy of the party’s enemy. It was, for example, the collapse of the Labour vote in both Rangitikei and East Coast Bays that brought the Social Credit candidates Beetham and Knapp into Parliament.

Almost none of these conditions were present in the Ikaroa-Rawhiti by-election of 2013.

Neither of the two main television networks, nor the two big newspaper publishers, were willing to spend the money necessary to produce a reliable picture of the distribution of political support in the electorate. Had they done so, it is possible that Maori Party voters, seeing that their candidate was running third, with no chance of taking the seat, would have shifted their support to the Mana Party. The same applies to those Ikaroa-Rawhiti voters who had been planning to vote Green.

With this information in the voters’ hands, the transfer of both the third and fourth place-getters’ support to Mana’s Te Hamua Nikora was a real possibility. If it had happened, the seat would have changed hands.

Why no reliable polls were conducted in Ikaroa-Rawhiti remains a mystery. Perhaps it was simply a matter of funds. Or, maybe, it was a decision based upon pure journalistic intuition. Because, if there was a high level of voter engagement in the by-election prior to polling day, then there was certainly no evidence of it in the final voter turnout.

Two thirds of Ikaroa-Rawhiti’s electors stayed away from the polling-booths on Saturday, and the ones who actually cast a ballot did so not as the nation’s proxy voters, or as members of one vast citizen jury, but with the intense self-interest of X-Factor fans voting for their personal favourite.

Maybe that’s all democracy represents to the New Zealand voter of the Twenty-First Century. An occasion for stating one’s personal preferences. An opportunity to demonstrate brand loyalty. A chance to exercise consumer choice.

One can only hope that Meka Whaitiri proves to be as durable and as reliable a political product as her predecessor.