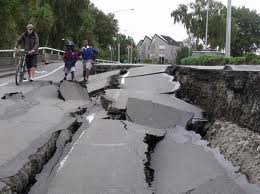 Over at Rebuilding Christchurch, I regularly cover Christchurch City Council issues, which aren’t really of much interest to the rest of the country. As a result of it’s general dysfunction, the CCC makes it into the news more than probably any other council. It’s been an interesting week, with the budgeting for the Three Year Plan, and then the announcement of the revenue sharing between Crown and the Council (which I’ve written about here). But today, I’m going to write another blog about conflicts of interest at the council.

On Tuesday, a vote to put $50 million into social housing projects failed at council, being voted down 4 votes to 10. That was depressing, but not in-and-of-itself surprising. What was interesting though was some of the justification given:

Cr Jamie Gough said he could not support placing a further financial burden on ratepayers. “Everyone is struggling. Everyone in this city has been to hell and back. The answer is not to load everyone up with extra debt.

Hold the phone – was this the same Cr Gough that just 24 hours prior was championing a motion that sees up to $10 million dollars of concessions given to property developers? Turns out it was. That motion passed 13 votes to 1.

The rates rebate was the idea of Cr Jamie Gough who argued that developers needed a financial incentive to build new residential units rather than offices in the central city as it was otherwise uneconomic.

On Monday, Gough could justify rebates for developers. On Tuesday, he couldn’t find anything for social housing. Does this have anything to do with him coming from a prominent property developing family?

Here’s what the NBR has to say about the Gough family:

Another nephew, Jamie Gough, 27, is a city councillor who initially gave some promise as a young Turk but more latterly appears to have fallen into the conservative camp as befits his Fendalton neighbourhood. He helps his uncle manage his property empire, Hereford Holdings, and is into his second year as a director of Gough Gough & Hamer.

Anthony Gough is the sole shareholder of Hereford Holdings, and in his submission to the Council’s Three Year Plan, he lobbied the council for a more relaxed attitude to development contributions (near the end of this very long document). Jamie Gough moved the motion, then voted on it. Surely there is a conflict here? Well, according to the standing orders:

3.14.7 Pecuniary interest:
No members may vote or take part in the discussion of any matter at any meeting where they, directly or indirectly, have any pecuniary interest as defined in law, other than an interest in common with the public.

3.14.8 Declaration of pecuniary interest:
Every member present when any matter is raised in which they directly or indirectly have a pecuniary interest, apart from any interest in common with the public, is under a duty to fully declare any such interest to the meeting. This disclosure and the subsequent abstention of such members from both discussion and voting on the item, is to be recorded in the minutes.

So does he have any pecuniary interest? At this stage, we don’t know, as it is only voluntary for Christchurch City Councillors to register their pecuniary interests. This is going to change, but as it stands, only two councillors have made their interests public (and Gough isn’t one of them.) Until then, the public may well question whether Gough Jnr is coincidentally pushing for policy that suits his developer uncle, whom he used to work for. They may also remember the $5,000 that Anthony Gough gave Jamie for his last election campaign.