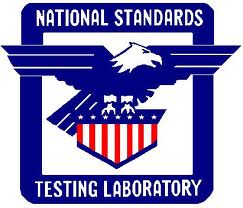 As one observer noted “How can there be [resistance]?  The govt has the ability to overide schools with the strong arm of the law – schools at the end of the day have no choice.”

Because what Mr Key  doesn’t tell you in his sound-bite is that schools have all along been, at best, coerced to comply, and at worst, threatened with reprisals by the Ministry of Education if they do not comply with National Standards.

That is why many have had to back down.

Not approval or acceptance, but bullying and fear.

Do As I Say, Or Else

Pembroke School has been on the receiving end of the Ministry’s dubious and underhand methods.

Remember when Tomorrow’s Schools were brought in and David Lange promised “more parental and community involvement” to meet local conditions?  Well the locally elected community school board at Pembroke decided to opt out of National Standards.  They considered the issues, and with a large proportion of students who have English as a second language, they felt the standards would be harmful for their students and community. 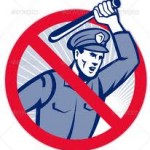 The Ministry disagreed.  Instead it insisted Pembroke’s board have a “compliant charter” including National Standards, complaining that the “board has shown a lack of willingness to meet the requirements of National Standards”.

And what did the Ministry do to Pembroke, to prove its point?  After months of planning a multi-school fono that was to be hosted at there – a fono that was to look at Pasifika eduction, including national standards – the Ministry pulled the event from Pembroke’s site, telling the board that it “could no longer work with Pembroke School because [they] weren’t following the rules”.   As Principal, Brent Godfrey says “not working with our school in the interest of our Pacific students – one of the identified areas of concern – is pathetic.”

Does it sound to you that Pembroke’s resistance evaporated?  No, me neither.  It’s bulling, plain and simple.

And that, Mr Key, that is nothing to trumpet about.

Is Pembroke the only school in this kind of situation?  Is it hell.

Many of the comments in response to the survey said they would have chosen a stronger level of action but feared the board and/or principal would suffer the consequences.

Waikanae’s board says it is  “concerned about the requirement to send school level OTJ [overall teacher judgement] data to the Ministry of Education” and so chose to report against National Standards but in a format that was not easily turned into league tables. (It will be interesting to see how Waikanae School and others will deal with the brewing PaCT saga, but that’s for another time.)

Not enough for you?  You could also ask Tamariki School in Christchuch.

Or why not give Moerewa School a call.

And what about the rest of the 30 schools found refusing any kind of national standards reporting last year?

Resistance is not evaporating; Bullying is forcing compliance

Principals and parents have been speaking out about National Standards all along.

Kelvin Smythe has warned that “National standards pose a stark moral challenge to all those involved in primary education,” and in a recent conversation with me he observed quite rightly that:

“Hundreds of schools were bullied and compelled.
And there were so may ways schools expressed their hold out.
And they gave way at a lot of stages.”

When dialogue is shut down and voices silenced, we have to wonder what the Ministry have to fear?

One thing’s for sure, the hot air wafting around this issue is coming directly from the Ministry and Mr Key, and resistance is not evaporating at all.

Resistance being hit with a force fan on super hot and told to begone.