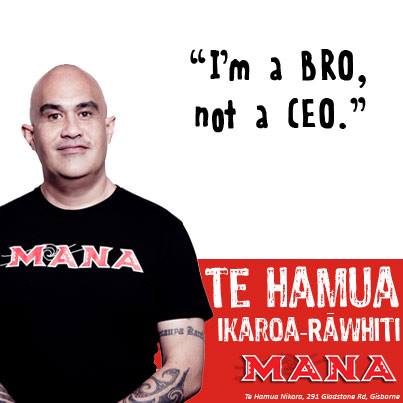 Let us not underestimate the political shock wave Labour’s weak win will create.

The youngest Political Party in Parliament has taken the Labour Party machine on and has decimated their majority.

For an electorate that was supposed to be a cake walk, MANA have robbed Labour of any momentum in the Maori electorates for 2014.

This was always going to be a fight for second place, and the Maori Party being beaten into 3rd position is a major movement in Maori politics.

This poor result can not help Shearer’s leadership chances, Labour’s attempt to parachute in a candidate, his decision to say he wanted to ‘terrorize’ his opponents and his SkyCity corporate box hopping have all contributed to a leadership that has enthused no one.

MANAs rise show a real political break caused by the yawning chasm of inequality that has widened under National. Those on the bottom are no longer looking to Labour for political leadership, they are looking for something far more radical.

If the universality of what MANA is putting forward as policy is able to be championed, watch as other NZers push their party vote MANAs way. If progressive voters want a Green/Labour Party that doesn’t need NZ First, then MANA is the Party that puts the Greens & Labour over the majority line with their sub 5% strategy.