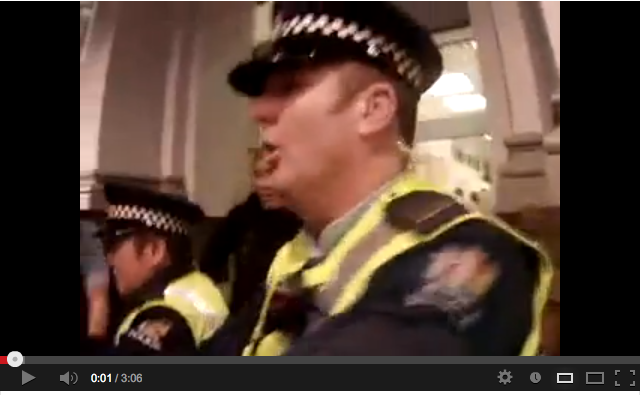 Unite Union discovered recently that McDonald’s has been breaking the law over breaks. In out attempts to fix the problem we have run into the legal might of a wealthy corporation and its contempt for “good faith”.

This is an important issue as the government is removing even the modest protections that exist in the current law on breaks and leaving everything up to the employer to decide – so long as they are “reasonable” of course.

The current law says that all employees become eligible for a 30 minute meal break once they have worked four hours. Our collective agreement has an added clause that if this is missed then the worker should be paid an additional 30 minutes as compensation.

We discovered that the company has been routinely working people over 4 hours but not rostering a meal break. If they do get a meal break it is often scheduled as little as one hour after starting the shift – again in breach of the law which stipulates it must be mid shift unless there is agreement otherwise. Our members were never given the option of agreeing or disagreeing.

Friendly managers gave us printouts of the hours worked by all staff in two stores. One was a McCopco store owned directly by the US parent and the other store is owned by a franchisee. All waged employees have to clock out and back in for their meal break but this does not apply to the shorter breaks. The reports clearly show that workers were routinely not being given a meal break if they were working shifts of more than four hours. It also showed that supervisors were regularly cutting their own breaks short because of short staffing. Neither group was compensated.

We asked the company for similar records for all our members. They claimed they were virtually impossible to access, located in Australia and would amount to millions of pages.

They then said that they would only supply them if we got individual authorisations from each member and that we would have to approach each franchisee separately as well. They have never demanded this additional authorisation before when we have requested wage and time information. We believe this is an additional breach of the law.

We applied to the Employment Relations Authority to enforce the law and the collective agreement and have a mediation set for today.

Then last night we received a letter from the company’s lawyer which claims that the collective agreement we have operated on for the last two years was not legal because the company hadn’t signed and returned the copy signed by the union that had been sent to them and the law requires it to be signed by both parties. This has never been raised before. We also have email exchanges confirming the document and a joint presentation from the company and the union that was taken out when it was voted on. And the company has claimed to be abiding by it for the last two years.

Today we have mediation on the issue. We will not let their legal shenanigans get in the way of our claim. We estimate it could cost the company $2.5 million so I can understand they are be worried. But I will be making it very clear to company that Unite Union is not going to be intimidated. We have a great lawyer and he is confident we can challenge and turn back all their legal tricks.

If they want to try and claim the collective agreement agreement doesn’t apply then they may well discover that they have opened a Pandora’s Box because the constraints will also be off as far as Unite is concerned.

More importantly we have the court of public opinion that will be making its judgement on this corporate thief which sacks a worker for putting an extra piece of bacon on a burger but hides behind lawyers when if comes to workers being robbed of millions of dollars in entitlements.