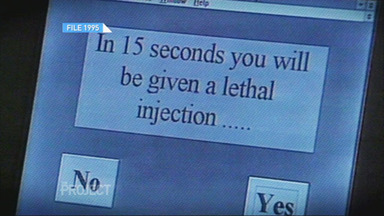 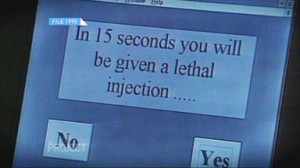 My father died last week. He was a man of huge intellect with a staunch socialist philosophy that he put to great use as a provincial lawyer, school board member, NGO trustee, sports club committee member, community volunteer etcetera. He didn’t make nearly as much money as one with a formidable reputation in the legal profession should have, as he was constantly helping people for free, and he had to retire his partnership early due to a triple heart bi-pass in 1977. It was, however, one of the largest funerals seen in Napier for a while as many came to pay their respects to a man of great integrity.

Even though I often sought his advice and council on a wide range of matters and, of course, loved him dearly, for me the great relief is that he died relatively quickly and in very little pain: and with all his faculties. There would have been no greater tragedy than for him to be dribbling into his dinner because his brain had exited a body that had lived on – and been kept alive – way past its use-by date.

We all either have elderly relatives, or know friends who have, who are afflicted with the curse of dementia, and we all have stories about people we know who have suffered terribly slow and painful deaths. To me, dementia is dreadful, and the way medical science has worked to extend lives that nature (not accident or infection) has determined should end, comes with its own ethical and moral dilemma.

I don’t buy the argument that people who have lost their marbles are happy. No one likes to think that this is the way they will end their days; incontinent, not knowing friends or family. Like many I know, I have verbal contracts with a number of good mates who will end my life if my wits desert me or my pain becomes unbearable and I am not in a position to do something about it. In fact, the Minister who presided at my father’s funeral said that he has a similar pact with his wife. I asked about the consequences, and he said that he would happily go to jail rather than see his wife of 50 years suffer the humiliation of a slow painful death without dignity.

And this is the dilemma. I have no doubt that medical professionals working in the palliative care sector do make decisions “in the best interests of the patient’s comfort”, but what about those dying without dignity at home, or in a hospital that doesn’t have a palliative care ward? As our population ages, I believe that we will see many more husbands, wives and friends fulfilling the type of contract I have with my mates. We will see a much greater incidence of mercy killings and suicides as the elderly determine how they will end their days – and with whom.

I remember five years ago reading about an eighty year-old eminent English Professor who euthanized his terminally ill wife and then ended his own life. He left a note saying that he had achieved everything that he had always wanted to during his life; that he loved his wife of over 50 years more than anything in the world, and that he couldn’t bear to see her in such pain and did not want to live without her. I remember thinking ‘I get that’.

All this tosses up huge ethical, moral, religious, legislative and legal questions as we continue to deal with the consequences of a demographic slide toward an aged population that medical science is determined to keep alive for longer and longer; despite the wishes of the patient and their family.

How will the courts deal with an 85 year old man who has, in effect, murdered his terminally ill wife? How will the catholic church deal with the funeral of the woman who has euthanized her husband and then taken her own life? How will parliament deal with a growing constituency that demands the right, under certain circumstances, to determine their own fate? And how will those who are young, fit and healthy for a brief moment in time, judge their parents and grandparents who have made a decision in love, but seen as selfish by those who do not have the maturity or empathy to understand? Personally, I don’t have the answers. But they are questions to issues that we are going to be forced to confront before too long.