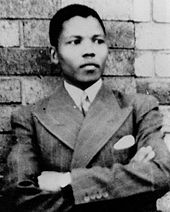 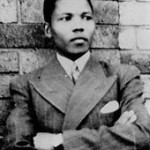 Sometimes it seems the whole world is holding its breath waiting for Nelson Mandela to breathe his last.

The man is held up as a powerful icon of the 20th century and embodiment of the best virtues of humanity. Many hope that some of his mana would rub off on the rest of us.

He’s been an easy person to idolize. He was a charismatic leader of the anti-apartheid struggle which faced violence and brutal oppression in the years following the introduction of legislated apartheid laws in 1948 by the Afrikaner Nationalist Party. He was one of the main leaders of the resistance to those laws and eventually tried and given life imprisonment for treason. Behind bars he remained a popular and captivating leader such that when he was released in 1990, after 26 years in prison, international stardom awaited.

For the world he was the ultimate hero. The man who was able to heal a broken nation and shift it from vicious race-based laws to a democracy while thwarting the much-feared prospect of civil war.

Mandela was seen as the definitive icon of forgiveness, compassion and humanity as he created a rainbow nation from the ruins of apartheid.

I’ve spoken to several media outlets in the last few days and said that I don’t think he will be remembered by history as well as he is revered today because while he was the most important leader of the anti-apartheid struggle and won civil and political rights for black South Africans, he failed to deliver social and economic rights to the majority of the people.

And it’s a big failure with many studies showing that black South Africans are often worse off economically now than they were under apartheid.

Mandela accepted the decision for the new country to go with free-market economic policies in 1994 and the results were predictable. The rich have got richer and the poor poorer. Much vaunted programmes to deliver electricity to homes and to build much needed housing have in many cases even lagged population growth while those that have received services such as electricity have been frequently cut off because they can’t pay the bills. Some figures show disconnections almost keeping pace with electrification.

Mandela’s legacy will also be deeply tainted by his refusal to criticize the ANC’s culture of greed and corruption which dominates the party at most levels today. Mandela can’t be blamed directly for that culture but he can be criticized for not speaking out as senior ANC figures like Cyril Ramaphosa and Tokyo Sexwale have enriched themselves at the expense of the poorest in South Africa.

When I visited the country in 2009 for two weeks I was deeply impressed with the growing social movements which are demanding policies for the 99% rather than policies to enrich the 1% – even if that 1% now contains a few select black faces.

A few months after my visit the headquarters of the shackdwellers organization Abahlali baseMjondolo was attacked by ANC thugs. People were killed and injured in an attempt to intimidate and silence growing opposition to the ANC. Just as Mugabe has used lawless youth to hold onto power the ANC is doing the same when they feel they need to.

At the formal state level the police and army will increasingly use the same brute force as the old apartheid regime used to silence dissent. The apartheid regime had its Sharpeville massacre while the ANC has had its Marikana massacre.

Just as under the old apartheid regime workers continue to be suppressed and exploited.

Mandela remains revered among most of South Africa’s black population. They don’t blame him but they increasingly despise the ANC. In some ways Mandela has been the glue holding South Africa together and with his passing, when it comes, the voices of discontent will rise and the ANC will face intense resistance.

A new generation of leaders will emerge to confront this corrupt organization and with some of Mandela’s courage, commitment and humanity they will overthrow the economic policies of the 1% and bring economic rights to all South Africans.

All strength to their arms.