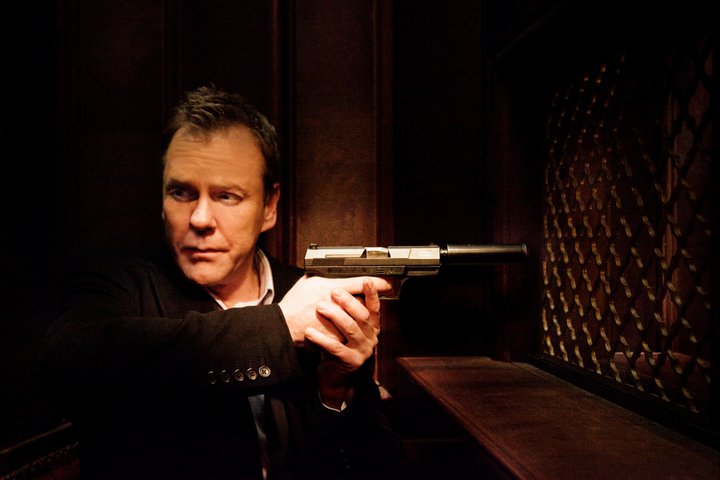 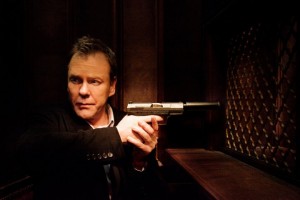 From the outset, a confession. My first political experience was in 1978, working as a Young Nat trying to win the Roskill seat for….wait for it….John Banks. Like many young people, I had received my politics like a family hand-me down: my Grandmother, God bless her, was a true blue, church-attending Anglican with only unkind things to say about (Roman) Catholics, Rugby League and the Labour Party. She spoke of Muldoon as if he was some latter-day Valentino. I remember the excitement of Election Day, checking off voters from the electoral roll as they voted and making sure all those who had identified themselves as supporters made it to the poll. I got to shake Muldoon’s hand: a smaller man than I had anticipated, slightly green-tinged, but still a powerful presence. Happily for all concerned, Banks lost to Phil Goff and I have not had to soldier on through life, sagging under the knowledge that I had in some way aided and abetted that nincompoop into elected office.

In 2010, when I stood against him for the Supercity Mayoralty, I reminded him of our earlier meeting. Of course he had no memory of it but he gave me a big empty smile, thinking that he had an ally amongst his competitors. Poor John. He didn’t get the intended irony: that in the intervening years I had in fact made a complete recovery and that the very impetus for my campaign was to rid Auckland of his bigoted, self-serving, small-minded incompetence. But situational awareness (and irony) were never John’s strong suits. At one debate at the Museum, I challenged him about his ‘Less wishbone, more backbone’ billboards. “John” I said “I just don’t get what you mean: are you a chicken or a turkey?” The audience erupted into helpless laughter. I turned to smile at John, who then, as now, finds himself to be no laughing matter (perhaps the only person in the country). Those beady, close set eyes drilled into me over a fixed grin that promised revenge. He tried the next night in Castor Bay, but instead ended up in a near fist-fight with Andrew Williams after implying the North Shore Mayor was in fact inebriated. Len Brown had to physically intervene. Colin Craig and I looked on, bewildered, bemused and amazed.

The wheels came off Banks’ campaign that night and he became increasingly incoherent, if you could imagine such a thing. At one of the final debates at the Town Hall (to which I was not invited, coming 5th with only the top four invited), he cut a sad, strange, bitter figure. Only Paul Holmes’ gentle, respectful line of questioning saved him from abject public humiliation. But as we all now know, that’s what lay in store for the former Minister of Police and Mayor of Auckland City. Clutching his carpetbag, he moved in on Epsom, his passage eased over a notorious cup of tea with a fellow carpetbagger, imported from Merrill Lynch to sell the country. With a casual contempt for democracy, they sipped Earl Grey, signalling ‘God’s Will” ‘to the good people of that leafy suburb . Sadly, these two political James Bonds failed to realise the only other item on their table was a radio mike, transmitting to the world and Winston Peters the spin and cynical extent of their discussion.

This little tea party has been the gift that keeps on giving. With the inch he was given, Winston sprinted the mile and New Zealand First was returned to Parliament. Perhaps more effective in opposition than in Government, Peters has gone on to score points and claim scalps like no other. Incredibly, it seems that he now holds the balance of power. The same cannot be said of Banks. The small man with big dreams of becoming our next Governor – General, or perhaps one day our first President (true), is about to front up in the dock for electoral fraud charges. Having spent time in close proximity, I’m not surprised. The only cause he served was his own. Meeting Len Brown for the first time, I was struck by his compassion, sincerity, ability to laugh at himself and elegant mind. He had been a solicitor in a previous life and I have a law degree. I respected his intellectual rigour, his ability to think on his feet and pursue an argument to a logical conclusion. You could spend your life looking for logic in John Banks and the pickings would be slim. Beyond the facile script and glib talking points, mainly about him and his rise from Struggle St to Victoria Ave, there was nothing there. I guess he would call himself a conviction politician. And if all goes to plan, he will shortly be convicted. 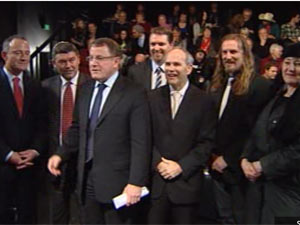 During the 2010 campaign, I also got to spend quite a lot of time with Colin Craig. We were both outsiders, though of course he brought a small fortune to the table. He came third, spending about $16 for every vote (my shoestring extended to about $1.30). Colin was a charming competitor I have to say and gave no hint of his Christian crusade, his bizarre thoughts on promiscuous New Zealand women or his passionate desire to purge Helensville of John Key for being too-gay. When he sued The Civilian for attributing to him some hilarity about Noah, rainbows and God’s revenge, I had trouble reconciling such ill-advised buffoonery with the smart, seemingly savvy man who laughed at Banks’ and told the Town Hall debate he would rather vote for me ahead of any of the other candidates. He and his Conservatives are now angling for power in high places. You make strange bedfellows in politics and when it comes to a Key – Craig coalition, I guess only time will tell who is too-gay for who.

We are now on the cusp of or second Supercity election and thus far, only TV chef John Palino has put his hand up to stand against Len. I’m all for participation in the political process and wish him well. Of course, I think his candidacy is doomed and Len will win again by a comfortable majority. To date Auckland has never elected an American or a TV Chef as its Mayor and I don’t think it’s about to start. If he really wanted to make a lasting contribution, he should donate the millions he’s about to waste on a campaign- to- nowhere to the City Mission. But that’s his choice and, in a democracy, choice is what it’s all about.

Having said my piece in 2010, I’m happy to sit this election out. For what it’s worth, I will be voting for Len. In many ways, he was given a hospital pass in this first term. Central government, stung by its massive defeat, has done everything it could to sabotage and subvert plans for making Auckland the most liveable city in the world. National believes more pokie tables and a Convention Centre will fix what ails us up here in the Queen City. Forget about a functioning inner city rail loop, it’s the Casino that counts. I shake my head and to this day am baffled how a single New Zealander, in the face of a tsunami of evidence of corruption and incompetence, could still be convinced to vote against their best interests.

Right now, I’m happy to be strutting my stuff on stage as Thomas Cromwell in Auckland Theatre Company’s (hit) production of Anne Boleyn. I haven’t been on stage in over five years and have loved every minute of the creative process. That’s why I am drawn to the arts: it’s about making things, not taking things. From Howard Brenton’s marvellous script, I believe we have made something special and feel so proud and privileged to share it with large and appreciative houses. A few night’s ago, a huge school’s contingent cheered and applauded the rather racy man-to-man kissing scenes between James I and his favourite George Villiers (superb performances by Stephen Lovatt and new-comer Jordan Mooney). Times are a’changing. I hope the next generation will never have to fight for the right to love as its heart directs. Afterwards, their questions were smart and interesting. They loved it: the rise and fall of Anne, the birth of Elizabeth I, the creation of the King James Bible and all the palace intrigue. Though I might have many concerns for our country under this current regime, I have great faith in the future.