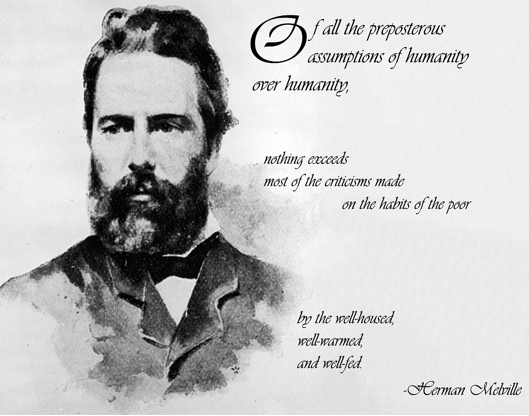 And with that comment in mind, our household watched, and cringed, and boiled with anger, as we watched The Vote on TV3 last Wednesday (19 June).

First of all was the  question that TV3 deemed we should consider and reply to;

“Our kids: The problem’s not poverty, it’s parenting. Do you agree? Yes. No.”

What a loaded question!

Why not, “Our kids: The problem’s not poverty, it’s low incomes?”

Or, “Our kids: The problem’s not poverty, it’s successive governments enacting neo-liberal policies?”

Or – and I personally love this one –  “Our kids: The problem’s not poverty, it’s the middle classes who have grown  comfortable with their lot and have given up on the notion of an egalitarian society?”

The problem with the alternative questions is that they involve complex ideas;  recent history; and looking at choices that Middle Class voters have made since 1989. In short, those questions involve thinking.

As the question stood on the night; “The problem’s not poverty, it’s parenting” – there was no real thinking involved. It was all about how people  felt on trigger words such as  social welfare; solo-mums; parental responsibility; etc.

Once those trigger words began to percolate through the minds of aspirationist middle class and angry working-class viewers, the results were wholly predictable; 63% voted ‘Yes’. (And the 36% who voted ‘No’ correlates roughly with the percentage of voters who supported Labour and the Greens at the 2011 general election  – 38.54%).

If we were ever truly a caring, sharing, egalitarian society, it’s hard to see  how.

The very nature of the question invited an emotive, rather than an considered, intelligent, response.  It practically demanded plain old repetitive bigotry rather than insight, and the three panellists, Christine Rankin, Bob McCoskie, and Hannah Tamaki – all social conservatives – were more then happy to oblige.

Platitudes; cliches,  mis-information,  and smug instructions on how to feed a family on $20 a week… all came from the well-fed; well-clothed; expensively groomed; healthy; and high-income earning likes of Tamaki, McCoskrie, and Rankin.

It fed perfectly into every stereotype that New Zealanders have seen and heard since Once Were Warriors blew in our faces on our big screens in 1994.

And right on cue, the prejudiced; the mis-informed; and the plain spiteful came out and vented their bile on The Vote’s Facebook page. I was going to provide a  few examples – but why bother? We’ve seen that kind of bigotted response already.

So how accurate was the voting response? There were claims that people could send in multiple votes from the same ‘platform’ (cellphone number, IP number, Twitter account).  If so, the result would be rendered meaningless. One could imagine 3,000 Destiny Church members texting repeated ‘Yes’ votes with unholy speed.

Ten text messages, on average, from each member would equate to 30,000 “votes”. And with texting fees kindly waived by telcos, people could text to their hearts’ content. Free of charge. Ad nauseum.

(By contrast, our household studiously played the game fairly; we each voted once only, by text.)

However an unattributed statement from TV3’s ‘The Vote‘,  on Bryan Bruce’s Facebook page, Inside Child Poverty, stated categorically that “you can only vote once on each platform“.

If that is true (and it is by no means a given), then that raises equally disturbing questions about the nature of our society.

If the 63% “Yes” voters are reflective of New Zealanders then that says something about our much vaunted reputation of being a fair-minded, compassionate, egalitarian society.

Perhaps it was never so. Perhaps only a third of us can lay claim to being fair minded and tolerant – whilst the remainder two thirds simply make use of the generosity of their more liberal fellow-Kiwis?

Instead, perhaps the real emotion at play by those Two Thirds is not hatred of the poor – but fear of becoming like them. Add to that mix an unwillingness by many to even accept that poverty exists – hence endlessly repetitive  cliches such as “Real poverty only exists in Africa” or “They spend all their money on Sky, pokies, booze, and cigarettes”.

My belief is that the poor are being blamed not simply because they are poor – but because they have not succeeded under neo-liberalism. They are poor despite the promises neo-liberal “Bright New Future” . The architects and builders of this Neo-liberal Nirvana don’t like being shown that their new paradigm is severely flawed not working as it should.

That is why there is so much anger being directed at the poor. They are the proof that the School of Chicago theory of economics – that the Market  shall provide – is a fraud.

Neo-liberalism’s acolytes, the  politically powerful; the wealthy; the aspirationist Middle Classes; the technocrats – all  stand accused of failure  by the poorest; most powerless; most vulnerable people in our society. The mere presence of the poor and dispossed points an accusatory finger at the neo-liberal establishment and those in society who support it.

And doesn’t that just piss them off?

So come 2014 (if not earlier) let’s piss Neo-liberal’s Acolytes off a little further. It’s time for a left wing government to take office. Because after my shame, anger, and frustration wore of, I was filled with even more determination to play my part in changing our society.

We need to re-set our nation’s moral, social, and economic compass.

And watching The Vote was just the determination I (and our household) needed. So thank you Ms Tamaki, Ms Rankin, and Mr McCoskrie – I feel more motivated than ever to make New Zealand a decent society again.

We will not surrender.

“We need to give the homeless and other disenfranchised a voice. Homelessness is not a choice, a decision, a lack of effort.

When I first came to New Zealand there were hardly any homeless people but now there are heaps, so where have we gone wrong?” – Simon Buckingham, Auckland Lawyer and one-time homeless person

Meanwhile, in another Universe far, far away…