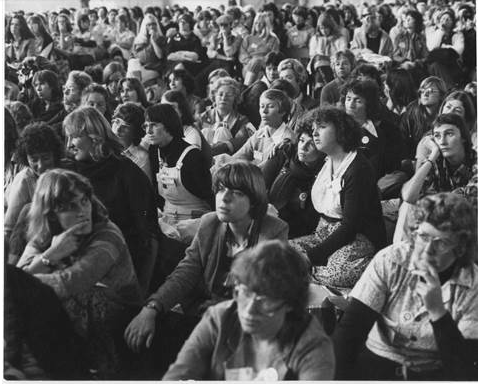 HOW OFTEN do we see democracy at work in New Zealand? Outside of Parliament and our city councils, how common is it to witness citizens engaged in the debate and resolution of substantive issues? How often do we see people voting for or against policies which they expect the rest of us to take seriously? The answer, sadly, is: “Not very often at all.”

It was not always so. As recently as the 1980s, out-of-parliament democratic experiences were commonplace in New Zealand.

In early May of every year, until its dissolution in 1987, New Zealand’s peak trade union organisation, the Federation of Labour (FoL) would gather for its annual conference in the Wellington Town Hall. A complicated formula determined how many delegates each of the unions affiliated to the FoL were entitled to register. For the larger unions it could be more than a dozen. Smaller affiliates brought only two or three. But, by the time the President of the FoL brought down his gavel and called the conference to order, 400-500 workers were generally present in the hall.

These numbers made New Zealand’s 80-member Parliament look rather puny. Certainly, for the three days it was in session, the FoL Conference provided the public with a vivid snap-shot of the problems, preoccupations and principal objectives of the New Zealand working-class.

Delegates debated how large the cost of living adjustment needed be if their wages were to keep pace with inflation. Proposals were floated about the future of New Zealand industry. The seafarers union, for example, consistently promoted the creation of a state-owned shipping line. In 1965 the FoL staged a major debate on whether or not New Zealand troops should be sent to Vietnam. (It voted against.) In 1968 a Special Conference was called to protest the infamous “Nil Wage Order” handed down by the Arbitration Court, and unions were advised to seek a minimum five per cent increase “through all available channels”. In 1980, after several years of lively discussion and debate, the FoL voted to adopt “The Working Women’s Charter” – including the controversial clause demanding: “Sex education and birth control advice freely available to all people. Legal, financial, social and medical impediments to safe abortion, contraception and sterilisation to be removed.”

The men and women who participated in these conferences were very far from being novices in the practice of democracy. Since the late Nineteenth Century, most of New Zealand’s major cities hosted a “Trades and Labour Council” in which the local trade unions gathered to debate the industrial, economic, social and political issues of the day. When the FoL was formed in 1936, these Trades Councils became an integral part of its national structure. Most of the delegates attending the FoL’s annual conference were regular participants in the monthly meetings of these local “workers’ parliaments”.

The country’s largest workers’ parliament was the Auckland Trades Council (ATC) whose 150-200 delegates were nationally renowned for both their radicalism and their militancy. Led by its communist President, Bill Andersen, the ATC had imposed the country’s first “Green Ban” in support of Ngati Whatua’s occupation of Bastion Point. In 1981 it called what amounted to a regional general strike in support of the right to picket. Not surprisingly, the rest of New Zealand’s unionists (only half-jokingly) referred to the ATC as the “Auckland Soviet”.

ORGANISED LABOUR was not the only force capable of staging impressive out-of-parliament experiences. In the 1970s New Zealand feminists staged a series of truly huge “Women’s Conventions” – attracting at their peak, in 1975, approximately 2,000 participants (with hundreds turned away for lack of space). In the words of one young student of the New Zealand women’s movement:

“I’ve seen lots of photos in old Broadsheets of predominantly young women huddled together in draughty-looking YMCAs on those uncomfortable wooden chairs that I remember from school assemblies in the 80s. The organization looked spontaneous and ad-hoc. Mass outpourings of consciousness raising material were haphazardly scotch-taped to the walls. Back in the 1970s the United Women’s Convention was cool: it was rebellious, it was transgressive, it was utopian.”

The celebrated New Zealand photographer, Marti Friedlander, captured one of the last women’s conventions on film. The spontaneity and rebelliousness alluded to above are clearly present in just about every frame – recalling the famous lines of William Wordsworth:

O pleasant exercise of hope and joy!
For mighty were the auxiliars which then stood
Upon our side, us who were strong in love!
Bliss it was in that dawn to be alive,
But to be young was very heaven!

STUDENTS, too, were well-versed in the processes of mass decision-making. The New Zealand University Students Association (NZUSA) which, by the early 1980s, was representing upwards of 100,000 university students, would gather every May and August to conduct its business. Scores of delegates from the seven varsities met in what were known as “Commissions” to thrash out the organisation’s official policies.

The debates of the “International Commission” which recommended the official student position on Vietnam, Apartheid, Palestine and Nuclear Disarmament were especially fiery. The range of political views in NZUSA stretched all the way from members of the Young Nats and Labour Youth to the comrades from Socialist Action and the Workers Communist League. Typically, the biggest scraps were not between the Right and the Left, but between the Far- and the Even Further-Left.

As in the trade union movement, players at the NZUSA May and August Councils had cut their democratic teeth locally in the Student Representative Councils (SRCs) of their respective campuses. To resolve the biggest issues affecting students, Special General Meetings of the SRCs were convened. Many hundreds – sometimes more than a thousand – students would turn up to speak and vote.

MEMBERSHIP of political parties fluctuated considerably during the forty years between the end of World War II and the snap-election of 1984. But most political scientists agree that New Zealand boasted one of the highest (if not the highest) rate of political participation in the world. When public interest in political affairs was high, fully a quarter of the adult population could be enrolled in the principal political parties. In 1984, the ordinary membership of the Labour Party stood at 85,000 (with tens-of-thousands more holding membership by virtue of their trade union’s affiliation to Labour). In the late 1970s, under the leadership of Rob Muldoon, National’s membership peaked at 250,000!

So important were the annual conferences of the major parties that the NZBC (the state broadcaster) set up outside broadcast units near the town halls where they were staged and delivered at least 20 minutes of intensive coverage every evening. Viewers saw excerpts from the all-important policy “remits” debates. Party leaders’ speeches were analysed in detail by political scientists and senior parliamentary journalists. Pundits spoke of the major parties’ parliamentary and organisational “wings”. They did not always flap in unison. Party members’ opinions mattered.

WHAT DOES IT MEAN that practically all of these vibrant, grass-roots-based, exercises in democratic behaviour – these “out-of-parliament experiences” – no longer take place in New Zealand? In the words of the English singer-songwriter, Harvey Andrews:

When did the bright sunlight morning
Turn to a grey rainy day?
And how was the hour for finding our power
So easily taken away?

Fundamentally, the collapse of mass, democratic citizen participation in New Zealand is attributable to its citizens loss of faith in the institutions so many of them had joined and in which they had placed their trust.

In the years following the conversion of both Labour and National to the ideology of neoliberalism the membership of both major parties discovered that their parliamentary representatives and their far-right policies were not for turning. They voted with their feet.

In 1991, the FoL’s successor, the Council of Trade Unions, refused to be guided by the will of its affiliates’ members and voted down the resolution calling for a general strike against the Employment Contracts Act. Its National Council could safely ignore the rank-and-files’ wishes because the CTU’s constitution had effectively concentrated all power in its hands. The autonomous trades councils had been abolished, and individual union members were no longer represented by rank-and-files delegates, but by their union’s national secretary – who could now cast upwards of 50,000 votes exactly as he or she pleased .

The women’s movement splintered into liberal, socialist, cultural and lesbian separatist factions to the point where, by the late 1970s, it was no longer possible to convene a “united” women’s convention.

The introduction of user-pays tertiary education effectively atomised the student body and the conduct of student politics devolved to an ever diminishing band of increasingly unrepresentative political zealots. Student activism slowly died, and the once vibrant and independent student unions eventually succumbed to the ruthlessness of the neoliberal right.

THE HISTORY of New Zealanders’ extraordinary love-affair with democracy is not, however, quite so easily expunged. It remains: as both an inspiration and a warning to succeeding generations that, like all other human accomplishments, the practice of democracy is not innate. It must be learned and mastered by doing it over and over and over again.

Nor was the demise of the democratic New Zealander an accident. The institutions so roughly sketched in this essay were attacked, and ordinary people’s faith in them was undermined, for a reason.

While they existed, and for as long as ordinary New Zealanders persisted in their use, the imposition of the new neoliberal order was impossible. Its rise was predicated on their fall.

If they were to rise again, it would be neoliberalism’s time to die.