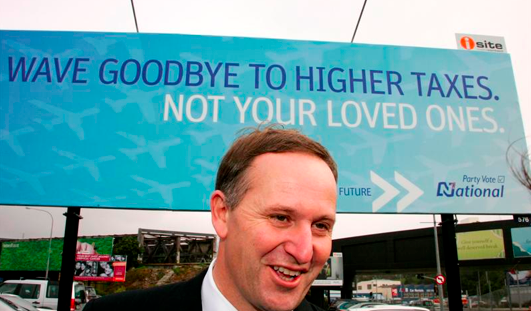 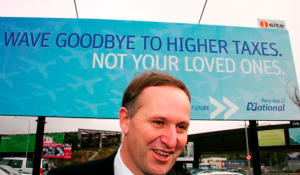 Of all the crass metrics that get thrown around in our national political theatre, Kiwis Moving To Australia is one of the most problematic. It desperately reeks of Little Brother Syndrome, and seems happy to ignore the social and environmental problems of our Western neighbour to suit this political end. It is easier for David Shearer to argue on points of raw data than on nuanced issues of indigenous rights, social equality or environmental protections. Party strategists seem more keen to scream “They’re leaving!”, than ask “Why would our policies make them stay?” On a personal level, I resent being used as a political football. As one of many New Zealanders with whanau living across the ditch – my mother is now an Australian citizen – I resent MPs trying to politicise me being close to my family sometimes.

Before this conversation got reduced to a line graph charting aeroplane tickets, we used to talk about things like the Brain Drain and the Knowledge Economy. Now, I realise that a lot of this was window dressing, but at least it could be turned into something meaningful. For all of its funding and access issues, we still have a great public education system. It’s why people from all over the world send their kids to the end of the earth to learn a thing or two. It’s natural that, for a variety of personal and professional reasons, some of our best and brightest graduates will leave the country. It may be temporary, or ir may be indefinite, but these decisions deserve to be treated with respect. All that aside, we could certainly do better at giving those who want to stay and work here a reason to.

A lack of vision in retaining graduates is one of the great missed opportunities in Dunedin. Questioning the local economic impact of the University of Otago is foolish – the University pegs it at ~$800million per annum, or ~16% of GDP – but the value of the individual scholars, during their studies and after they’re completed, barely gets a look in. By tolerating them en masse for their dollar value as they study, and ignoring their individual potential to contribute to the City economically and socially beyond that, we are doing ourselves a massive disservice. We have stunning natural beauty on our doorstep and within the city limits. We have stunning heritage architecture, low cost of living and the intellectual vibrancy of a strong academic and artistic community. Every year I have friends who leave town once they have graduated, despite a desperate desire to stay, to work, to raise families. All we have to do is give them a half a leg up and they will gladly do the rest.

There is no easy solution to the question of What This Might Look Like in a practical sense, but the first step is agreeing that we need to work harder, and more collaboratively, to figure out the map to getting there. Tertiary institutions, local government, the Chamber of Commerce, Employers Association, local branches of political parties, social agencies, trade unions, landlords and property managers all have a seat waiting for them at the table. As I walk around Dunedin and see greater stocks of retail and office space For Lease on a daily basis, I daydream about those spaces being filled with retail incubators, social entrepreneurship, art studios and tech startups. To me, every empty space represents another handful of students who could have not just gone on to achieve great things, but could have also had the chance to do it here. You don’t need to have majored in mathematical modeling to figure this one out. Whatever we are doing now isn’t working, and anyone who isn’t interested in turning the ship around should take their hands off the tiller and let us get on with it.