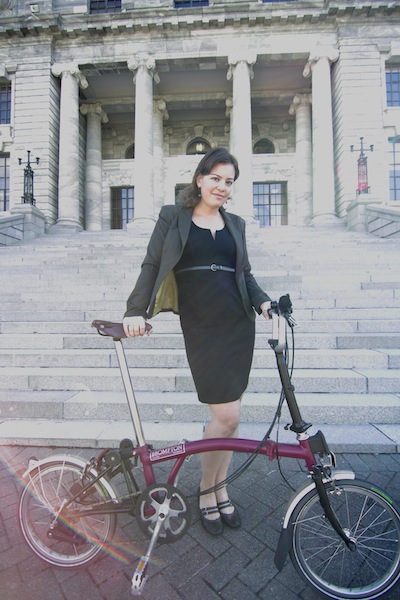 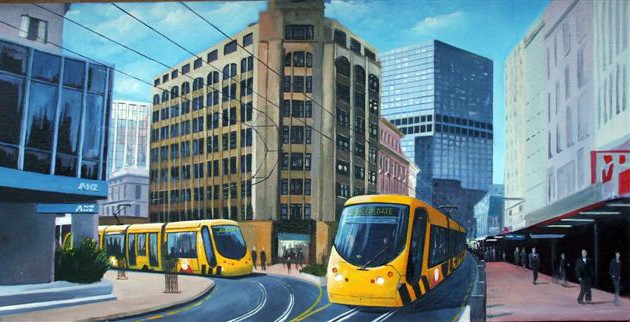 Unfortunately, the study doesn’t provide Wellingtonians the information they need to accurately assess the various options.

There are many shortcomings with the study, here are just the most obvious:

It was not fully assessed because GWRC are now running heavy rail cars (Matangi) on the line. But the Matangi’s have had ongoing problems with noise on this line. They could be deployed to other lines and light rail used to improve the commuter service from Johnsonville through the city. But the study is silent on the costs and benefits of running light rail to J’ville.

2. The assumed costs for light rail (LRT) and bus rapid transport (BRT) are not exactly comparable. For some reason the cost of an entire new tunnel through Mt Victoria is assumed for LRT, but not BRT because NZTA will be building a second Mt Vic tunnel as part of the motorway.

Now, if BRT can use the NZTA tunnel, it isn’t clear why LRT couldn’t also use the tunnel. To provide comparable services, either a) both would need their own tunnel or b) both could use the second road tunnel. It is inconsistent, and not sufficiently explained in the report, to assume the costs for LRT but not BRT.

3. The study only evaluates very narrow transportation benefits and assumes the same land use in all scenarios. This is one of the familiar flaws in transportation modelling and economic assessment.

Traffic modellers generally assume a development scenario, then predict how people will choose to travel based on travel time and cost, and then evaluate the time savings of a given project relative to a hypothetical do-nothing or do-minimum.

Light rail has been found to increase density of residents, employment, and destinations near public transport.

According to analysis described in Litman (2004) residents of cities with high-quality Rail Transit systems pay approximately $100 annually per capita in additional transit subsidies, and save approximately $500 annually per capita in direct consumer transportation (automobile and transit) expenditures, indicating a high return on investment. Krizek, et al. (2009), found that the number of destinations that could be accessed within 20 minutes of travel time by public transit increased significantly after the Hiawatha LRT line was built in the Twin Cities.

That sort of effect would be one of the main reasons for choosing light rail over a cheaper bus option. However, because the study only focuses on narrow time-savings benefits and the land use impacts are assumed to be the same, there appears to be no benefit from the more expensive LRT option.

4. No consideration is given to important external impacts. Which option is the most energy efficient? Which does the most to future proof Wellington in a carbon-constrained world? Which has less noise and air pollution?

None of these factors are canvassed, yet they are very relevant in determining which solution is the best for the 21st century.

I could go on with more technical issues, but dear readers, I fear I will bore to tears those of you who have persisted thus far.

What the study does make clear is spending billions on a highway from the airport to Otaki is both unnecessary and counter productive.

Unnecessary because relatively slow population and employment growth, and relatively high existing public transport mode share — factors that limit the benefits of all the public transport solutions evaluated in the study — should call into question the logic of throwing billions at expanding road capacity along one route at extremely high cost.

Counter productive because the Wellington RoNS (road of National Party significance) assumed in every scenario completely undermines any case for serious investment in public transport. GWRC’s model shows demand for public transport flat-lining or even declining in future decades because the $3b+ motorway makes it cheaper and easier for motorists to drive at peak. More people can also reasonably be expected to live further away, because it will be easier to drive further and the amenity of the central city will be destroyed by additional traffic sewers, and the noise and pollution they attract.

It is a false economy because the consequence of more fringe development will be higher overall infrastructure costs and much higher transport costs for households and businesses.

We haven’t had the option of comparing the motorway against a real alternative. What needs to be investigated is the eminently reasonable option of safety and maintenance improvements to the existing roads in the region and investment in high quality public transport options like light rail and increased commuter trains, which move more people at peak and free up the existing roads for freight and those who drive.  Basic assumptions about land use impacts can and should be taken into account before evaluating the travel demand and transport benefits, as should external costs.

Then Wellingtonians (and business, and the Government) could see which is the most cost-effective solution, before billions of taxpayer dollars are wasted and hundreds of homes destroyed.

The Green Party supports a high quality public transport solution for Wellington that will reduce carbon emissions and deliver a people-friendly urban environment. Light rail may or may not be the most cost-effective way to deliver that outcome. It’s up to Wellingtonians to decide which option they prefer.

But the study released today doesn’t fully evaluate the benefits of light rail or fairly assess the relative costs of the different options. The main barrier to great public transport in Wellington is National’s crazy motorway, which will take the city and region back to the 1950s.

Julie Anne Genter is the Green Party spokesperson on Transport