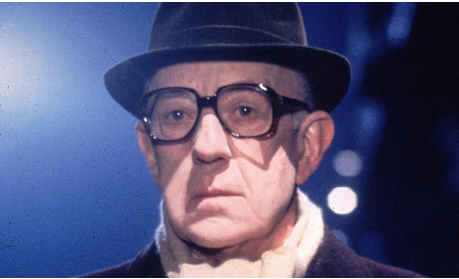 IN HIS COLUMN in the NZ Herald of Saturday, 15 June 2013, John Roughan wrote: “Left to their proper role, intelligence agencies ought to monitor mobile and internet connections. I would be surprised if they did not. Considering the nature of our only known active enemy, I would be appalled if they did not.”

The only “active enemy” Mr Roughan recognises, however, is the “suicide bomber”. There are, of course, many other kinds of enemies. How would Mr Roughan describe a cabal of powerful economic interests who, appalled at the direction of a left-leaning government’s tax and employment relations policies, come together to organise an investment strike? There is evidence that something very close to this actually happened in New Zealand during the so-called “Winter of Discontent” in 2000.

On that occasion, the Labour-Alliance Government buckled. But will the next left-leaning government follow Helen Clark’s and Michael Cullen’s example? Or, will it take advantage of the legislation John Key’s government is currently pushing through Parliament to turn the tables on those who seek to use their vast economic resources – and the resources of their friends and allies in the news media – to undermine a democratically elected government, by giving a new twist to the meaning of “national security”?

Mr Roughan ended his column with the words: “If access to phone and internet logs has helped prevent more [terrorist outrages] the spies are welcome to mine.”

I wonder if his co-operation would extend as far as helping the intelligence agencies counter economic terrorism?

This is the question I explore below in my description of an entirely fictional encounter between John Roughan and a left-wing intelligence officer. The exchange takes place two years in the future.

“And that’s your real name? John Smith? Come on, what’s going on? Two men approach me on my way to work and suggest it would be in my own interest to accompany them to a confidential interview on a matter of national security.”

“We are most grateful for your co-operation, Mr Roughan. I’m sure the difficulties we have regarding your recent actions can be cleared up very quickly.”

“My recent actions? Look, what’s going on here? Am I under arrest.”

“Sit down, Mr Roughan! Thank you. I’ll come straight to the point. Two days ago you attended a meeting at the Northern Club at which a number of matters were discussed that, if translated into action, could have serious detrimental effects upon the economic well-being of New Zealand. Those attending the meeting wield considerable economic power, Mr Roughan, enough to seriously damage the New Zealand economy if the measures they outlined to you were carried out.”

“Now, don’t be alarmed, Mr Roughan, the surveillance undertaken was all perfectly legal. Indeed, the legislation authorising us to spy on your little gathering was the very same legislation which, just over two years ago, you told the readers of the NZ Herald they had no reason to fear – unless they had something to hide. Are you hiding something from us now, Mr Roughan?”

“I’m not saying anything to you without my solicitor being present.”

“Well, that is your right, Mr Roughan. But I do think it would be in your interest to hear me out. When we’ve finished our little chat you may decide that there’s no need for lawyers – no need at all. Now, where was I? Ah, yes, at the Northern Club, two days ago, in the private dining room. What I’d like to know, Mr Roughan, now that you’ve had time to consider their proposal, and to consult with your superiors at the Herald, is whether or not you intend to play along with these gentlemen?”

“That is none of your business. You had no right to place a gathering of ordinary, decent citizens under surveillance.”

“On the contrary, Mr Roughan, we had every right. The gentlemen with whom you were lunching two days ago are certainly not ordinary citizens and, given the proposition they put to you, there is considerable room for doubt as to their decency. If put into effect their comprehensive plan to sabotage the New Zealand economy would imperil the jobs and livelihoods of tens of thousands of their fellow citizens. No, don’t look surprised, Mr Roughan, we have both video and audio recordings of everything that was said. The only reason you are here, Mr Roughan, and not at the Central Police Station, is because you were wise enough to give these gentlemen a non-committal answer. Indeed, I must congratulate you on your circumspection and equivocation – you weren’t by any chance taught by Jesuits? No, no, you need not answer that – it’s all in your file.”

“Look, what do you want? Why have you brought me here?”

“A fair question, Mr Roughan – a fair question. According to your digital diary you are scheduled to meet with your friends at the Northern Club at Noon, where they expect to receive your answer to their proposition. We would like you to tell them …”

“I’m afraid that information is classified, Mr Roughan. Suffice to say ‘we’ are charged with the maintenance of New Zealand’s national security. And we would like you to tell them that you and the NZ Herald are with them 100 percent. That will not be the truth, Mr Roughan, but it will put them off their guard until tomorrow morning when the Herald will publish a transcript of a dastardly plot hatched by some of this country’s most powerful economic actors. The story, written by yourself, will be lavishly illustrated with photographs taken at the scene. Some very important and familiar faces will be included in those photographs, Mr Roughan. The public’s response is likely to be … unkind. But, by this time tomorrow, Mr Roughan, you will be a journalistic and patriotic hero. New Zealand’s very own Bob Woodwood and Carl Bernstein – all rolled into one. The NZ Herald will be our very own Washington Post.”

“Ah, well, in that case, Mr Roughan, all this material will be sent to Radio New Zealand and NZTV – along with the video and audio recordings of the discussions that took place between you and your superiors in the Herald editor’s office last evening. And you, Mr Roughan, you will be introduced to the Detective Chief Inspector who is listening to our little chat in an adjoining room. I rather fear, Mr Roughan, that introduction could be the beginning of a very lengthy acquaintance. The choice, however, is yours. I don’t want to hurry you, but, as they say in the movies, Mr Roughan: ‘The clock is ticking.’”