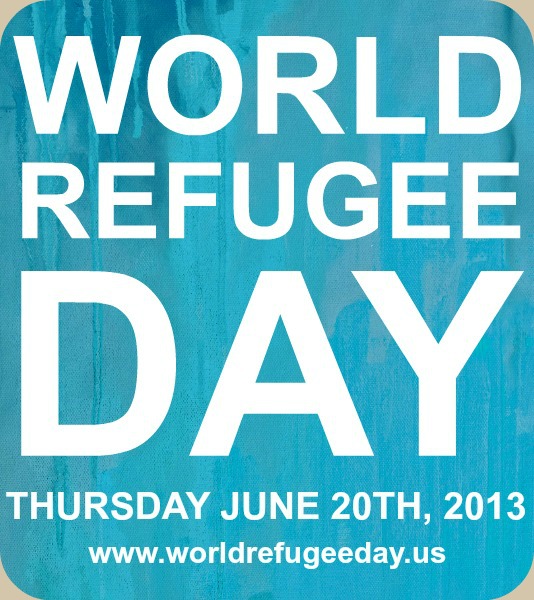 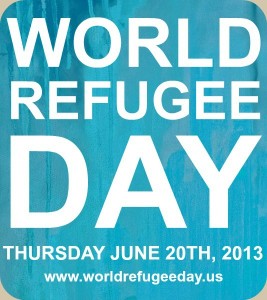 Every year, June 20 is World Refugee Day.  All over the world, governments, NGOs, and across the various offices of the United Nations High Commissioner for Refugees (UNHCR) there will be events and celebrations to mark the day.

So, in that spirit, I wanted to write a celebratory and positive piece.  Often as a refugee advocate I am full of lament, but I try to keep in mind what an amazing and wonderful framework the Refugee Convention actually is.

Every year the Refugee Convention provides direct protection to millions and millions of people.  According to UNHCR’s most recent statistics, globally there were 10,549,686 refugees receiving protection with a total of 33,924,476 being persons of concern under UNHCR’s mandate (the larger figure includes internally displaced persons, stateless persons, and returning refugees).  (These figures are the most up to date available and are from the end of 2010.  Add an extra 1.4 million plus for refugees leaving Syria.)

It is hard to think of another piece of international law that provides such a tangible positive and immediate impact to so many.  Now over 60 years old, the Refugee Convention is even more relevant today than at the completion of its drafting in 1951.

Last year I had an amazing World Refugee Day.  Out in the midst of the crazy and hectic suburbs of Bangkok, I sat down in this tranquil, green haven from the complete chaos outside where the Bangkok Refugee Centre was holding its annual World Refugee Day celebrations.

The Bangkok Refugee Centre is funded, primarily by UNHCR, to provide core services to refugees.  One of its main roles is supplying education to primary school aged children – there are few spots available, and these are prized by members of the refugee community.

For this World Refugee Day the Bangkok Refugee Centre decided to put on a show, with children from different cultural groups performing.  The Sri Lankan girls started us off with a beautiful traditional Tamil dance, followed by the boys doing something less traditional – hip hop dancing, modestly reminding me of myself and my awesome break-dancing in my Form 2 Blue Light disco.

Then we had the Pakistani children give us a history lesson of each region of Pakistan with a song and dance specific to those regions.  We had beautiful singing from the Vietnamese group, but then the party really started with the Congolese showing us all how they dance in Africa causing the eyes to pop out of the heads of some of the more conservative folks in the audience!  Let’s just say there was some shakin’ going on…

The wonderful thing, though, was that this was the first time I had seen so many of them smile.  It was an opportunity for the refugees to celebrate who they were, to forget for a few hours of the danger they were in – parents were beaming, taking photos of their kids like any proud parents would in any school around the world.

And for me, it made me incredibly proud too.  Proud to be working with and for refugees.  We often speak about refugees in this context of being desperate and without hope.  But, this isn’t close to the real story.  Refugees are survivors.  They are resourceful, talented people who believe in their convictions and stand up for those beliefs.  By fleeing persecution, they themselves take the step to transform from victimhood to empowerment.  I am constantly amazed by the capacity of refugees to survive incredible trauma, to do so with dignity, and then to seek a better life for themselves and their families.  Their commitment to themselves is, I think, eminently laudable.

So, on this World Refugee Day, find out what is going on in your town.  If there is a celebration or event on World Refugee Day, go along.  Take a moment to think about how amazing it is that we have an international framework where people fleeing fundamental human rights violations in their home country can access protection in a structured, rights based way.

This isn’t charity, though, nor is it strictly immigration policy.  The Refugee Convention is a human rights remedy and States who willingly sign up to the Convention should be held accountable for providing the protection it mandates.  So, don’t forget that either and remember that New Zealand has responsibilities as an international citizen.

I leave with final thoughts for different groups for this World Refugee Day:

The Refugees:  you continue to inspire me with your strength and determination.  Kia kaha.

UNHCR:  thank you for your efforts in trying circumstances and with ever limited funding.  But, don’t forget who you serve – be accessible for refugees, and do not treat them as mere beneficiaries of your service to be dispensed at your discretion, but as rights holders to whom you owe duties.

NGOs: remember you too are accountable to refugees.  To HQ offices, be kind to people in the field and stop asking for so many reports!

The Government of Australia:  (whoever wins the election) stop being punitive and become a leader in the region promoting a coherent and protection focused regional response.

The Government of New Zealand:  stop trying to be like punitive Australia, and please lose the election next year.