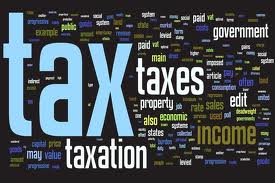 A full five years down the track, I am convinced that this government’s lack of a serious, well thought out plan on how to grow the economy at a time when a plan is most needed, is how history will judge Key’s tenure. This government came into power with a real mandate for change and, with the global financial crisis, a perfect excuse to implement wide-ranging policies that could transform the country in a way that only Labour governments have done in the past.

While the fifth Labour government addressed a lot of the social inequities created by the Richardson legacy, lets be honest, they were helped by a very strong global and local economy. And despite a strong economy, the lack of private investment in the productive sector during the good times may have had great short term labour market outcomes (evidenced by record low unemployment), but it has had disastrous consequences for our economic productivity.

The high cost of money in this country (highest interest rates on business lending in the OECD three years ago – assume not much has changed) has meant that the private sector has tended to delay or ignore much needed investment in capital that would increase productivity and instead employ cheap labour.

I remember when the F&P factory in Mosgiel closed in 2008 with the loss of over 400 jobs, my first reaction was what a blow to that town; the second reaction was ‘why is there a production factory employing 400 people in NZ?’ In a modern thriving economy, such a factory would employ 100 skilled workers producing three times the output; the factory would still be open and workers still working. Instead of investing in plant to improve productivity, F&P had simply employed people until it became more economic to close the factory and export the work to Mexico.

This is a problem that bedevils our economy, and it is certainly not helped by our globally high interest rates. Many of our global competitors can borrow money for around 2%, whereas ours is closer to 8% for a business loan; and often the banks require personal guarantees, thus negating a number of the advantages of a limited liability company and removing incentive to take business risk. People talk about increasing interest rates to stifle the housing market: well, the impact on the productive sector would be a whole lot worse [my next post will be about an innovative way to address the issue around high interest rates on business loans]. Interest rates are not the way to slow the housing market: taxes are.

While I consider Sir Michael Cullen a visionary (paying off debt and leaving the country in an incredibly strong position at the onset of the GFC, starting the super fund, kiwisaver, etc etc), I cannot understand why he didn’t go further and reform the tax system. In fact, for me, it remains the one point where Labour failed to take advantage of their own mandate for change upon reelection in 2002.

As Labour’s revenue spokesman last term (and as someone who disagrees strongly with the contention that, for all his faults, at least Dunne was a competent Revenue Minister) , I undertook a wide ranging study of a number of jurisdictions and policies and wrote three substantial discussion documents containing ideas designed to optimize government revenue while targeting economic growth. I was looking through one of these papers last night and, apart from digging deeper in an attempt to further justify positions, I would not change one recommendation.

First of all, we need a capital gains tax. This is a no-brainer. Only Switzerland and Turkey in the OECD don’t have a CGT. Not many people know that Phil Goff actually approached Key directly and said that Labour would be prepared to work in a bi-partisan way in order to develop a CGT free from political interference that is always associated with the introduction of a new tax. Key, of course, said no.

Fully implemented, such a tax would raise around $4.5b per annun. But one cannot simply introduce such a tax in isolation. The introduction of a CGT would necessitate a full review of the entire tax system. I agree with Gareth Morgan when he says we overtax labour and undertax capital. While I don’t agree with his ‘big kahuna’ solution, I do think we need to start with the realization that our 20th century tax regime is not suited to a 21st century economy.

Key’s tax reform has been disastrous in the sense that he has taken money out of the economy by increasing GST and reducing the top tax rate. The wealthy don’t spend in times of economic downturn; they either save or retire debt: the poorest are the ones that spend (simply out of necessity) so a pragmatic solution is to give money to those who absolutely need it, as opposed to reducing top tax rates for those most advantaged. The consequence was further economic depression at a time when stimulus was required. Unfortunately, the political decision won out over the pragmatic.

I think that if we seriously view investment in housing as an economic / structural problem, then we should at least investigate a land tax. This is an idea recommended by Key’s own tax working group, but rejected by English. Evidence and modeling shows that such a tax would have the effect of depressing the housing market slightly, but it is a very easy tax to collect and administer, and it does only target those who own land.

So a land tax and a CGT would raise around $10b in the fullness of time, which could then be used to overhaul the personal tax regime and give money back to everyone through a decent tax free threshold. Result is more money circulating in the economy, reduced reliance on income and corporate tax (the highest reliance on these two in the OECD), spreading the tax burden across all sectors, and, most importantly, equity across investment classes.

There were a number of other reforms I recommended, but that is a conversation for another day.