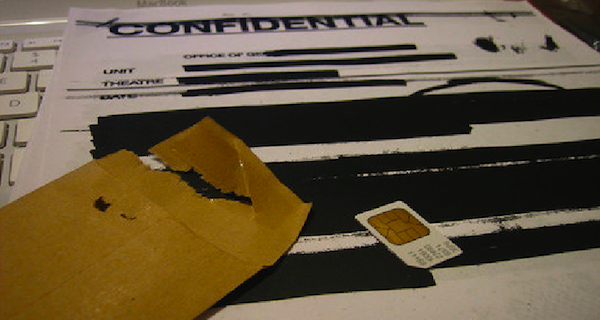 RIGHT NOW OUT THERE AMONG US are a number of New Zealand Government officials who, at the peak of the United States’ war in Iraq, sold New Zealand’s national interests down the river. It was a breach far in excess of any other, that if it involved the Chinese or the Russian Federation embassy diplos would have been the New Zealand equivalent to Britain’s Profumo affair.

But instead, the most serious breach of classified security-defence information to have surfaced in living memory has been forgotten – even though the government discovered it as recently as December 2010.

By comparison, this ‘did he leak or was he played’ Peter Dunne self-sabotage pales into beltway smog.

Setting aside whether Peter Dunne should resign as an MP, be the focus of a criminal investigation, or whether his self-destruction was in the public’s interest, honourable, principled, or for some strange personal-professional gain – let’s do a comparison to the aforementioned breach. 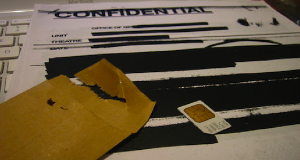 Thank goodness the Kitteridge Report was leaked to the public before the National-led Government was able to further sanitize its message. As it stands the report was a damning indictment against the Government Communications Security Bureau and New Zealand’s shoddy oversight framework – and New Zealanders deserved to have their right to know honoured.

When analysing a report like this, it is important to focus on the findings as if the report’s official conclusions and recommendations do not exist. By focussing on the findings, one’s own conclusions can emerge from an analysis of the data without being influenced by the report author’s considered framing and want.

Once your own independent assessment is complete, logic would suggest a comparative exercise be initiated where one’s conclusions and recommendations are compared to the report’s official progressive sections. Out of that matrix the independent analyst can decipher the intent or direction of where the Government weathervane is pointing.

Perhaps this is what Peter Dunne did, perhaps he didn’t like what he read, perhaps this public interest is the principle that compelled him to consider leaking the Kitteridge report. And perhaps it was his sense of political honour, if he is to be believed, that caused him to back out of committing the act… after getting the jitters before doing the dirty deed.

Were his considerations principled? Were his stated actions honourable? Or were they smeared with the filth of personal or professional gain?

The National-led Government would have us believe it was a sad ending to a long and distinguished ministerial career. Even emerging prime ministerial wannabe Judith ‘Crusher’ Collins showed her soft-heart when informing broadcast journalists: “It is just so sad really…”

Her message was, as Listener writer Jane Clifton implied, that Peter Dunne leaked the report while falling for an age-old honey-trap, where a mysteriously attractive journalist, blessed with the soft golden tones of Irishness moulded compliant her prey Dunne, the silver-haired fox, who once was pliable to her charms was anyones…

Should we share a sympathy for this stately conservative figure? And how does his breach, however you define it, compare to other leaks involving security, intelligence, and defence? 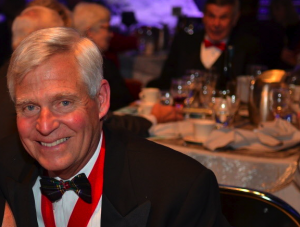 In December 2010 Wikileaks released official United States Government documents, cables sent between US embassies and their mothership HQ back in Washington DC.

Within the cache of thousands of documents were a handful of cables that mentioned a US asset who was providing detail of classified New Zealand Government Cabinet discussions and information. The discussions were serious stuff.

The US Ambassador to New Zealand Charles Swindells wrote in the cable to his superiors in Washington: “We are told that Foreign Minister Goff, while not a strong supporter of the Coalition, worried that New Zealand,s absence would have significant economic and political ramifications. (Embassy Comment: Goff also has an Amcit nephew serving in Iraq and another soon to graduate from West Point. End Comment.)

He added: “Senior MOD officials (strictly protect) tell us it was not until Finance Minister Michael Cullen pointed out in a subsequent cabinet meeting that New Zealand’s absence from Iraq might cost NZ dairy conglomerate Fonterra the lucrative dairy supply contract it enjoyed under the United Nations Oil for Food program,” the cable said.

The cable added that Helen Clark “found a face-saving compromise” through deploying non-combat engineers to the British-forces-controlled southern Iraq region. 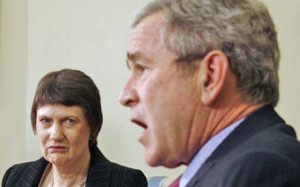 Swindells had analysed Helen Clark’s idiosyncrasies and wrote: “Prime Minister Clark’s tight control of the bilateral security relationship allows her to play up New Zealand’s support for USG objectives to Washington while avoiding significant, potentially controversial policy changes at home, changes that would strengthen the relationship in the long term. This tactic has been an important element of New Zealand’s charm offensive in pursuit of a U.S.-NZ Free Trade Agreement (FTA)…”

And in this paragraph Ambassador Swindells referred to numerous US assets inside the New Zealand government: “NZ officials admit in private that they have not come up with compelling economic arguments that would interest the USG in an FTA negotiation, so they are working hard to make the case that New Zealand’s “strategic” importance to the U.S. — the PRT and SAS deployments in Afghanistan, growth in intelligence cooperation, and sending combat engineers to Basra — merits an FTA,” Ambassador Swindells wrote.

Once the cable was released, New Zealand media went into a feeding frenzy.

But the focus of the Parliamentary press gallery chase was not to discover who and ‘out’ the highly placed New Zealand Defence official and others who were leaking to the US Government – to the George W. Bush administration that was at war in Iraq and was under pressure over the legality (or otherwise) of the war and desperate to lever support from as many western nations as possible. No, the press gallery teased out the angle of whether the US Embassy cable was correct: that then Prime Minister Helen Clark compromised over refusing to commit military personnel to Iraq, that the deployment of engineers to Basra was designed to secure Fonterra’s export deals.

The press gallery angle needed inquiry rather than obsession (see: 1, 2, 3, 4, 5). But the big real issue slipped by the New Zealand public: that the security surrounding New Zealand’s top secret deliberations had been breached and peddled for principle, honour, or personal-professional gain (you choose) to a warring United States government.

However, regarding the unknown person who committed this huge breach – supposedly informing a foreign government via its embassy officials details of classified secret Cabinet conversations and record – Bruce Ferguson said he was “surprised” but did not believe such a breach was “unethical”.

He said: “People do talk but they talk under the basis of confidentiality. That’s how it works in the free world. You make networks, you know them well and you exchange views, informally, off the record sometimes, and it may be reported back.

“That’s how the world actually operates. The tragedy of it is that it will stop the standard diplomacy and the networking which actually has gone on for hundreds of years.”

But accuracy as to the true Cabinet deliberations aside, the actions of this unnamed faceless spy (or spies) went unchallenged. No inquiry (neither ministerial or criminal) was initiated.

In the United States such breaches of classified top secret information initiate serious enquiry where investigators use serious heat and methodology to get their mole. Consider the case of FBI senior agent Robert Hanssen, the CIA’s Aldrich Ames, or even ex-USAID official Marta Rita Velazquez. These three US nationals who were (or allegedly in Velazquez’s case) turned by the Russian Federation, Soviet Union, Cuba respectfully were outed as a result of significant criminal inquiry. Hanssen is currently rotting away his solitary existence in the notorious ADX Florence Super-Max prison in Colorado; Ames is banged up in Allenwood Federal Correctional Complex where he shares rec-time with Mafia crime bosses, supposed Jihadi terrorists and Somali pirates; while the FBI’s case against Velazquez is ongoing. 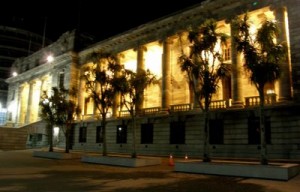 Surely the Security Intelligence Service or the New Zealand Police could easily have identified the individual. Surely, if the SIS had a dossier on the pacifistic former Green Party MP Keith Locke since he was 12 years-of-age, it could have identified a senior defence official who had access to Cabinet discussions, documents, decisions, the diplo-cocktail-circuit and US Embassy officials.

But no. This senior New Zealand Defence official, this treasonous traitor who had been ‘turned’ by his or her US Embassy “networks”, this spy who compromised New Zealand’s independent foreign policy, who compromised New Zealand’s executive government leadership, who committed a breach that affected how Washington would evaluate Cabinet’s motivations and weaknesses to accentuate the superpower’s own self-interest – all this passed without frown nor concern.

It must be remembered, on this breach, the then State Services Minister Tony Ryall was missing in action, and the State Services commissioner Ian Rennie didn’t even raise a public servant eyebrow.

At the time the Otago Daily Times wrote in an editorial: “…there is every danger that the more disquieting among them will be quietly forgotten, instead of being robustly debated in the House.

“This is the least that might be expected, for the communications reveal a shocking and unacceptable level of complicity on the part of a number of ‘public servants’ in activities which, were they conducted with less “friendly” nations, might be considered to border on espionage.”

When light is shone on this fiasco, it makes Peter Dunne’s “error of judgment” benign, vanilla, even forgivable. And on that note, perhaps Winston Peters is correct, there’s no fool like an old fool. Dunne’s crime is simply that he was caught. Clearly, to his embarrassment, his motivations have been painted as feeble, pathetic, an expression driven by a want to be relevant in the eyes of a young professional woman, to be forever young – but for one day.

And yes, who would have thought, ‘Crusher’ Collins is also correct. In Dunne’s case it is just sad.

But not as sad as how impotent this current National-led Government was when failing to realise real breaches of its New Zealand government secrets – well, that is when it involves a US asset inside our defence HQ.

Is it any wonder then that the People’s Republic Of China’s Wellington-based diplos get sensitive to how easy we roll over when Washington wants to tickle our bellies.