“We are all frustrated with delays, but blame games and buck-passing won’t help anyone.

“Disciplining the council with a time-out by revoking its accreditation to grant building consents is not the progress Cantabrians are looking for.

“Today in Parliament Maurice Williamson said that his department, the Ministry of Business, Innovation and Employment, had worked extensively to ensure the council met its statutory obligations.

“Surely that work and lack of progress was fed back to the Minister? To suggest the Ministry was unable to provide a detailed update is ridiculous, given the “extensive work” the Minister said it undertook.

“It looks as though a lack of communication between the Ministers, officials and council is to blame for the current situation.

“The last thing the City needs is another slagging match between government and council about whose process is to blame.

“Maurice Williamson’s tit for tat with Bob Parker over the percentage of building consents completed is also unhelpful.

“If the Minister was aware that the council was behind schedule he should have picked up the phone. A Minister crying foul about a stalled recovery won’t garner any support.

“If Mr Williamson and Mr Brownlee were on top of their portfolios they would pre-empt issues like this before they blow up.

“All Cantabrians want to see is their council and responsible ministers making progress.

“Instead, what they are getting is a re-enactment of Punch and Judy,” Ruth Dyson said. 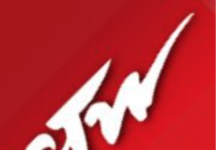