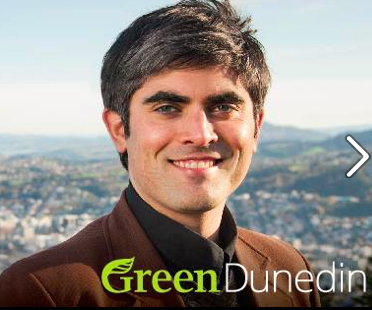 In 2011 only 74% of eligible voters bothered to turn and vote, our lowest turnout since 1887. This downward spiral raises alarm bells every three years – in liberal circles anyhow, since it is assumed the disenfranchised hordes are Their Voters – and is promptly forgotten until Get Out The Vote season in the subsequent election year. The Greens will remind us that greater civics education in our schools is needed, a suggestion of lowering the voting age to sixteen will be mooted and laughed aside.

The diminishing turnouts on polling day have a lot to do with Parliamentary politics inherent inability to engage the electorate on a day to day basis. A group of ideologically similar parties form the government, then do pretty much whatever they want for the next three years. Sure, if you’re aware and available enough you can write submissions to Select Committees as the Government of the Day’s legislative agenda marches into effect, unless it is being pushed through under urgency, but realistically you’re not going to change their minds. It is a rubber stamping exercise with some minor tinkering around the edges.

To get substantive change, you have to wait for your team to win, so they can introduce the laws themselves. It reduces democracy at a national level to a three-yearly tournament. Consultation by Government in the fallow years is reduced to window dressing. The Government has to be seen to be concerned about poor voter turnout, but while this framework exists, it seems unlikely that we will see a major reversal.

If our House of Representatives were serious about grassroots democracy, giving people more of a say more often in the decisions that affect them, they should be empowering local communities, and councils, in the work they do together. In many ways, local government is a far more visible and tangible mechanism than central government. Rubbish, recycling, the buses, parks and the layout of streets are things that you encounter every day, and whose fortunes rest with local government. Decisions your local Council make can literally change the landscape of your daily stroll.

There may be alliances and ideological blocs on your local Council, but unlike in the Beehive there is no concept of whipping; no mechanism exists for Councillors to be forced into voting along party lines. In effect, every vote is a conscience vote. Every vote is open for you to lobby your elected leaders in the knowledge you could change their minds, and if you change enough minds you can influence the shape of your community as a citizen, rather than having to run for office to do so.

Participation in local politics is even more worrying than national politics. Here in Dunedin, only 47% of eligible voters exercised their democratic right in 2010. It’s structural advantages for fostering democracy are things that need to be taught. There’s still nothing outside of an election year that can force your politicians to listen to you. But if we made a real effort to put rebuilding local democracy on the national agenda, the positive spin off from this would eventually have a very real, and very positive, impact on the national arena. Solving the problem at a national level starts with finding the solution at a local level.

Instead, we have a Government that is at war with local authorities; the Supercity merger in Auckland; the suspension of elections in Canterbury; the power to overrule the Christchuch City Council’s decisions; the denial of Auckland City the right to manage its own public transport system; the weakening of the Resource Management Act; the proposal to override democratically constructed district plans they don’t agree with. As the National Government sucks more and more life out of your Council, and take with it more and more of your rights to decide for yourself what the future of your city looks like, one can only assume the already terminal condition of local participation may become fatal.

A Government that is prepared to not just take its boot off the throat of local authorities, but to nurture and empower them, will eventually reap the rewards of more active and engaged citizens who see democracy as daily business. This will feed up the chain to the political theatre in Wellington, and our society will be the healthier for it. The attitude of parliamentary parties to local government is a pretty good barometer of how interested in democratic participation they really are. If our politicians want our democracy to be a three-yearly license to print neo-liberal reforms, as evidenced by the current Key Regime, we have our triennial chance to replace them politicians committed to democracy in 2014. If they want to live and die by the ballot box, and ignore us in between, it is our duty to relieve them of the duties they never intended to fulfill.