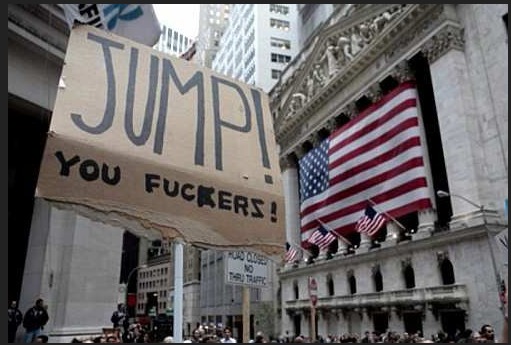 I get sick of reading how the rich continually steal money from the people and hardly ever get punished for it.

Just this week the NZ Herald reported that “Two-thirds of New Zealand’s richest people are not paying the top personal tax rate, with increasingly complex overseas schemes and bank accounts being used to evade the taxman.”

“Inland Revenue has found that 107 out of 161 “high-wealth individuals” who own or control more than $50 million worth of assets declared their personal income in the last financial year was less than $70,000 – the starting point for the top tax bracket of 33 cents in the dollar.

“The multimillionaires used a variety of 6,800 tax-planning devices – such as companies, trusts and overseas bank accounts – to avoid paying tax. One had a network of 197 entities.”

A few years ago the banks were caught using various schemas to avoid tax. They owed something like $2.75 billion – not including all the penalties that should have been imposed on them just as they are by the IRD on small businesses and the self employed. But the big brave IRD allowed the banks to only pay $2.2 billion or 80% of what was owed in a deal to avoid further legal battles.

The banks had been found guilty in the High Court. Instead of throwing the directors of all the big banks in jail for the massive fraud and theft off the public they had perpetrated – as well as fining them a multiple of what they had defrauded – they were allowed to negotiate to pay only 80% of what was owed. During the trials of the banks emails were revealed that showed the banks first decided what tax they would pay and then simply cooked the books to suit their decision.

Could you imagine a bank robber telling a judge that he would be happy to pay back 80% of what he stole in return for dropping all charges against him?

Could you imagine the solo mum facing a NZ judge over living with a partner and collecting the benefit saying: “Excuse me Mr Judge, would it be all right if I paid back 80% of what I received in return for a discharge without conviction.” Could you imagine the howls of anger from the moral law and order brigade.
Working people and beneficiaries can’t avoid tax. We pay it up front. If we have paid too much we have to ask for a bit back at the end of the year.

There is a simple way top stop the tax cheats. We should make everyone pay tax on every bit of their income. This should include capital gains, inheritance, dividend income and so on. If the rich think they should be on a lower rate they should apply to the IRD for a refund and explain why.

Anyone with assets in excess of a certain amount – say $5 million – should be assumed to be earning income from those assets at a going rate of say 20% and taxed on all estimated earnings accordingly. At the moment according to the June 1 NZ Herald article most people with $50 million in assets claims not to earn more than $70,000 a year.

Tax lawyers and accountants who advise their clients on ways to avoid tax should share the legal liability of going to jail if they are judged to have cheated the system.

We could eliminate the cheats by saying no one can use a tax strategy to avoid the highest marginal rate unless it has been pre-approved by the IRD.

There should be mandatory jail terms for tax avoidance in excess of say $100,000.

Tax lawyers and accountants who advise their clients on ways to avoid tax should share the legal liability of going to jail if they are judged to have cheated the system.

Banks should have a special tax applied to them for abusing the system for so many years that their tax rate should be increased to at least 50% on all profits. The IRD should have the power to look at their books and impose an estimated withholding tax during the year and the banks can ask for a refund and explain why if they think they paid too much.

All of that is simple to do actually. All you need is the will. No one does anything because all the politicians, lawyers, accountants are part of the same gang and have the system designed to serve their interests. They write the laws to make sure that almost no-one goes to jail for crimes they commit as company directors and so on. 29 miners are killed and no one is in jail. Billions of dollars were defrauded by finance companies and almost no one was even prosecuted let alone jailed. The banks defraud us all and are rewarded rather than punished for their crime. The police, courts and prison system is to keep the rest of us in line.

Tinkering with the system won’t change things fundamentally. Real change requires a radical challenge to all that exists.