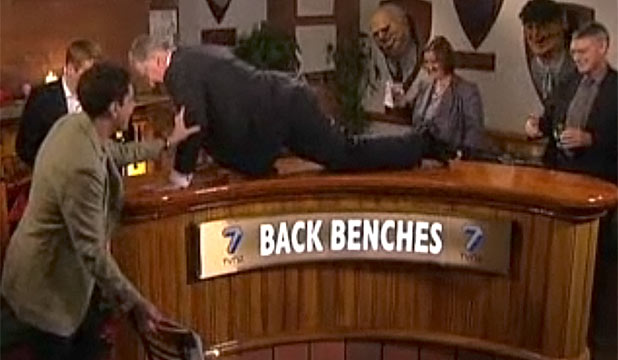 The news that United Future has been reregistered as a Party because they don’t have the 500 necessary members has sealed the fate of Peter Dunne.

When there is this much blood in the water, it will attract political sharks. Enter stage right, Winston Peters.

As I pointed out last week, Winston is repositioning to be National’s next coalition partner post the 2014 election. Beyond his decision to support the grossly draconian GCSB right to spy on NZers Bill, Winston is ensuring he is the only taxi on the rank by killing off National’s current partners.

My guess is that once Dunne signals he won’t be standing, the sudden pressure to out him as the GCSB leak will quietly abate.

The gamble for Winston is that his vote was REAL NZ First vote and not just grumpy Labour voters who were furious about a lack of an actual opposition last election.

For the real left and the Greens, Winston’s step to the right is a Godsend. If the next Government was Green and Labour + NZ First, Winston would once again rob the Greens of any real policy gains.

By showing its true right wing colors, NZ First will give the left the possibility of a real win if Labour and Greens can cross the line on their own.