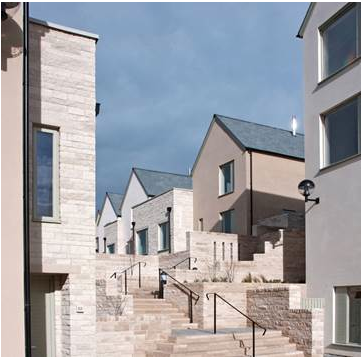 HOW HEALTHY CAN IT BE to have one half of the population playing landlord to the other half? It is one thing, surely, to have up to a third of the population in a dependent relationship with the state, but quite another to have those who live on the city’s meanest streets beholden to the inhabitants of its leafiest suburbs? In theory, at least, the state is the institutional expression of the whole national community: answerable to and shaped by its citizens. But, show me a private landlord who feels answerable to his tenants, and I will show you a fictional hero.

The average Kiwi’s ideas about residential property must rank as New Zealand capitalism’s crowning achievement. Our experiences as young and vulnerable tenants drive almost all of us towards the “panacea” of home ownership. This is principally because the alternative, a secure tenancy in a state- or municipally-owned residence, has been very skilfully misrepresented as being both impractical and undesirable.

The fact that most of the developed world operates perfectly well with a much lower rate of private home ownership than New Zealand, if acknowledged at all, is always couched in negative terms. As in: “At least we’re not like those poor Europeans – cooped-up in dreary council flats with no gardens and nowhere for their children to play.” Any politician, architect or property developer rash enough to propose the construction of large-scale rented apartment complexes will instantly be accused of plotting to turn their city into “East Berlin” or Ceausescu’s Bucharest.

The National Party has celebrated the average Kiwi’s desire to “own their own home” as the foundation of its great desideratum: “a property-owning democracy”. The sub-text to this fine-sounding phrase: that it generally takes 15-20 years, not to mention paying a bank several times the value of the purchased property in interest, to “own your own home” is seldom made explicit.

The role played by a hefty mortgage in cementing one’s subordination to the entire capitalist system also remains largely unspoken. No one likes to think of themselves as a wage-slave, forced to shovel money into a bank vault until their youth is spent. Even worse is the thought that one’s soul might end up being exchanged for the material possessions that are supposed to compensate individuals for the sacrifice of their freedom – but don’t.

The theory behind Labour’s housing programme of the late-1930s was simple. Stop thinking of residential property as some sort of cultural fetish and think of it, instead, as a human right. Writing about the First Labour Government’s approach in 1949, Colin Firth and Gordon Wilson, the authors of State Housing in New Zealand, observed:

“Housing was to become a Public Utility, the right to live in a decent dwelling being regarded as on the same level as the right to education, sanitation, to good and abundant water, to an adequate road system and to a certain amount of medical care. Probably it would be true to say that this premise has now gained fairly wide acceptance.”

The National Party’s election victory, that same year, meant that the idea of housing as a public utility not only gained no wider acceptance, but that state housing soon became synonymous with the dwellings provided by successive National Governments to accommodate the Maori and Pasifika workers encouraged to migrate from their rural and island homes and take up employment in the big import-substitution factories of South Auckland, the Hutt Valley and Porirua.

Firth and Wilson had talked about the state house as “a kind of knot in a network … with larger and more complicated knots for shopping centres and other community facilities – all of which are necessary if people are to carry out easily the wide variety of activities that are our conception of civilized life.”

The sprawling tracts of state housing that grew up during the post-war era were not conceived as networks for civilised living but as instruments of social (and, increasingly, racial) segregation. Not surprisingly, the state house very quickly became stigmatised as the dwelling place of the “dangerous classes”. National Party parliamentary candidates required to canvass in state housing areas talked openly of going into “tiger country”.

Working-class Pakeha New Zealanders were encouraged to abandon what were turning into Maori and Pasifika ghettoes. The housing stock itself, once consciously constructed to meet or exceed the highest of contemporary standards, declined in quality and the older houses became run down. Increasingly, state house suburbs became fenceless, treeless, amenity-less wastelands: breeding grounds for social dysfunction and despair. The contrast between these and the new “white” suburbs created by private residential property developers, where trees and gardens soon softened the initial vistas of red clay and concrete, could hardly have been starker.

Labour, itself, faced powerful, if perverse, incentives to get with the National Party’s new housing programme. The intense state house concentrations of Labour-voting Maori and Pasifika workers provided the party with a strong base of safe seats, while the migration of Pakeha workers into the new, more socially diverse, white suburbs created “marginal seats” which, in a good FPP election year, could be tipped Labour’s way.

What little remained of the idealism of the 1930s and 40s was finally extinguished by the neoliberal counter-revolution of the 1980s and 90s. That Labour allowed itself to become the vector for the more-market virus of that era has, not surprisingly, had a devastating effect on the party’s ability to formulate genuinely progressive housing policies. It has become virtually impossible for even sympathetic Labour Party and trade union leaders to imagine themselves back into the Firth and Wilson mindset.

An extraordinary opportunity to present the younger generations of New Zealanders with an entirely new way of thinking about housing is, therefore, going begging. European-style security of tenure in well-designed, publicly-owned apartment complexes would actually suit many of today’s young people a lot better than the “half-gallon, quarter-acre, pavlova paradise” of the 1950s and 60s. Twenty-somethings with student loans to pay off cannot afford (and would probably welcome the chance of avoiding) a mortgage as well.

Such complexes do not need to even remotely resemble the dreary housing estates of Eastern Europe under “actually existing socialism”. In a recent posting (see “Feeding the Kids in the House of the Future”) I described the housing policies of “Red Vienna”. It’s municipally owned housing blocks were set in precisely the networks of needs which Firth and Wilson considered essential for “a civilised life”.

It is simply impossible to construct this sort of environment in a society fixated on private housing and the opportunities it provides for exploiting the fundamental human need for shelter. What sort of tomorrow faces young New Zealanders if the only alternatives they are offered require them to pay rent to the private bank, rent to the private landlord, or (if they’re really unlucky) rent to the privatised “social housing provider”?

If only we could find here, in New Zealand, left-wing politicians with the courage and creativity to imagine a “Red Auckland”: champions of a city in which the ideas of radical housing pioneers like Firth and Wilson (not to mention New Zealand’s very own refugee from Red Vienna, the architect and Ministry of Works planner, Ernst Plischke) could, at last, be given shape.