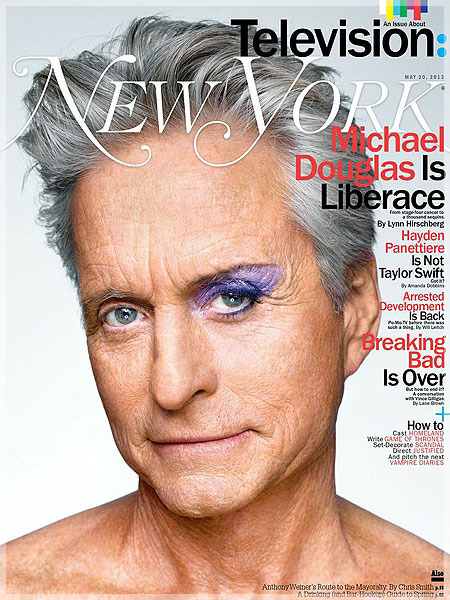 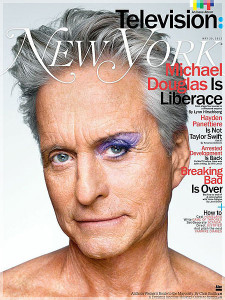 The 68 year-old actor also said, “I did worry if the stress caused by my son’s incarceration didn’t help trigger it. But yeah, it’s a sexually transmitted disease that causes cancer.

”According to the actors spokesman, Allen Burry, Michael Douglas never said it was the cause of his cancer. Burry claims that the actor was merely discussing the various causes of oral cancer. Burry allegedly told USA Today, “Michael Douglas did not say cunnilingus was the cause of his cancer. It was discussed that oral sex is a suspected cause of certain oral cancers as doctor’s in the article point out but he did not say it was the specific cause of his personal cancer.Health officials, however, still maintain that smoking and alcohol are the main causes of oral cancer, but HPV has been linked to one type of throat cancer. Presumably, that is not the type that Douglas contacted.”

It is full of quite scary stats then very quietly slips this in….

The good news is, that according to Dr Genden, 90 percent of people who are infected with HPV will clear it from their bodies within a year, but for the 10 percent with chronic disease, they are at a greater cancer risk. He said if you smoke and drink, there is some data that indicates that this will increase the risk of throat cancer who already have the oral HPV.

After years of speaking publicly about her belief that MMR shots (immunization for measles, mumps, and rubella) caused her son to suffer from autism, Jenny McCarthy now faces the reality that her 7-year-old son Evan — who no longer shows any signs of autism — may likely have lived with completely different illness.

When I was hosting The Wire on BFM I stupidly lumbered into this debade and ended up covering it for months, trying to reach some truth within myself about what is the better option. My father had polio and spent a year in an iron lung in the early 40’s. He ended up with a caliper and a bad disposistion. So, I was so surprised when my sister decided not to immunise my nephews. But after listening to all sides of the debate I have to say, even now, if I was a father I would find it very hard to choose what to do. And I had everybody on and had alot of information. So Jenny McCarthy totally muddled the discussion with her totally misguided ramblings. And her son never even had autism. Yet she happily spread total bullshit for years.
And then recently we had Angelina Jolie and her announcement. What she missed out in her announcement, which contained many ‘I’ words, she missed out many facts about breast cancer that were far more relevant than her ‘I’ journey.
The World Breaks Everyone summed it up beautifully…..

Jolie gives a trifling nod to the 77% of women in this country who probably can’t afford more than a Pap smear and a breast exam at Planned Parenthood when she writes:

Breast cancer alone kills some 458,000 people each year, according to the World Health Organization, mainly in low- and middle-income countries. It has got to be a priority to ensure that more women can access gene testing and lifesaving preventive treatment, whatever their means and background, wherever they live. The cost of testing for BRCA1 and BRCA2, at more than $3,000 in the United States, remains an obstacle for many women.

No, Angelina, it does not remain an obstacle for “many women” in the United States. It remains an obstacle for most women in the United States. Why don’t you raise our awareness of your own overpriced, privileged medical treatment a little more, and continue to NOT raise awareness of any actual fact? Facts like ashkenazi Jewish women have a higher chance of carrying the BRAC1 and 2 mutations than other ethnic groups? Facts like double mastectomies are not always the most effective way of preventing breast cancer for at risk individuals, and that other treatments – surgeries, screenings, monitoring, medication – are available and can be more appropriate depending on a woman’s specific case? What about highlighting the other affordable and effective ways women can keep an eye on their health – through free Pap smears, breast exams and mammograms provided by their local Planned Parenthood? Why don’t you acknowledge that many breast cancer deaths could have been prevented by free and available access not only to screening tests, but to Pap smears, mammograms and cancer treatment? Why don’t you write about the charities out there who are striving to provide women with affordable treatment in the US – like the Breast Cancer Relief Foundation? Why don’t you “raise awareness” of the fact 40% more black woman are likely to die of breast cancer than white women, that black women are more likely to get more aggressive cancers, and that black women are more likely to be denied access to healthcare due to their socio-economic circumstances – as well as their race?

But worse were the headlines with wording that is incredibly misleading from all over the place. The reason she had the masectomy was never well explained.

Cancer is now an industry in so many ways, both in fund raising and in treatments. Instaed of using her moment in the sun to spread real information about the expense of treatment, well, even being able to be tested to know if you have it, she had to make it all about herself. We really have to take it all with a tonne of salt when celebrities talk about anything. ANYTHING. And we also can find the information on the web so it really is our duty to find out the truth whenever these people go public with ‘information’.