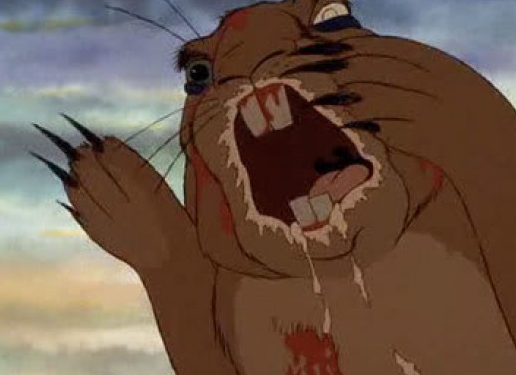 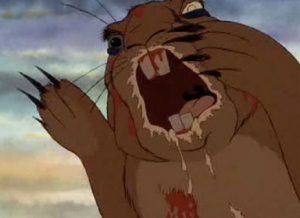 Well that was quick, no sooner had Russel Norman dared uttered the name of NZ politics General Woundwart, National’s loudest cheerleader was moved to denounce Norman…

Arrogant and cynical? Possibly, but a long way from Muldoonist
The Green Party co-leader’s assertion that the “divisive and corrosive” behaviour exhibited by the leader of the National Party is akin to that of his most notorious of predecessors is certainly headline-grabbing. It also verges on the ludicrous. Sir Robert Muldoon was without question our most belligerent, abrasive, polarising, dictatorial and vindictive politician.

Russel Norman is of course 1000% right, Key is Muldoonist in his ability to split the country into divisive segments and turn them against each other. Muldoon was prepared to ignite the ignorant white anger hidden from civil view that lurks deep in the dark heart of the average NZer by using the Springbok Tour as his catalyst.

Key has done the exact same thing with his Government’s never ending blitzkrieg against beneficiaries. He has manipulated the lesser angels of his voters to justify assault after assault on the most vulnerable members of society. That’s why Key has leaked the Lusk and Slater files to the media, it’s because he can push through his hard right agenda minus all the overt manipulations that Lusk and Slater want to unleash.

Armstrong can’t see the full fury of Key’s Muoldoonist divisive spite because it never touches him. Which isn’t surprising. because as reseasrch showed us over the weekend, the majority of National Party voters don’t have unemployment touch their gated little existances…

Times tough but not for Nats’ friends
Almost half of Kiwis are affected by unemployment, but National supporters are far less likely than other voters to have someone out of work in their inner circle of friends and family.

The data, collected as part of the latest Fairfax-Ipsos poll, has emerged as a key fault line in society and between the Government and the opposition.

The poll found 21 per cent of those surveyed had “several” people out of work in their circle of family and friends, and another 23 per cent said there were one or two people close to them unemployed.

The figure jumped sharply among Pacific and Maori respondents, with 57 per cent of a respondents saying several people in their circle were out of work. The proportion for Maori was 42 per cent.

Across the two groups, 67 per cent reported at least one or two of their friends and family were out of work.

But more than 70 per cent of National voters reported no-one in their circle was unemployed.

…Armstrong can’t see the Muldoonism of Key because it’s not aimed at him. This column isn’t the articulation of critical political analysis, it’s the smokescreen defensively kicked up when a friend is besmirched.

If anything, Armstrong’s ridiculous denial is the very proof of Key mastering Muldoonism to a finer art than the great General Woundwart himself. Key has managed to be just as viciously divisive, but he’s found a much more clever way of casually projecting it to minimize and anesthetize the backlash.