Headline: Charter schools on the ruins of Christchurch education

Closing a state school with 100 per cent qualified, dedicated teachers and replacing it – on that site or another – with one based on a whacky philosophy and staffed by untrained people, is an insult to the children and teachers who have fought so hard to keep their schools open.

Official documents show the Government is planning to set up charter schools on the site of closed state schools, possibly those in Christchurch, the Green Party said today.

The Education Amendment Bill, which makes charter schools law, is likely to be passed later today.

In Parliament today Education Minister Hekia Parata refused to rule out establishing charter or partnership schools on the site of Christchurch schools which she has closed under her so called renewal plan.

“A cabinet paper shows that Hekia Parata told Ministers in February that the first charter schools were likely to be private schools converted to charters, or established on the site of closed state schools,” Green Party co-leader Metiria Turei said.

“Hekia Parata told the House today that she could not remember making those recommendations in her cabinet paper on funding “partnership schools”, but that stretches belief.

“Closing a state school with 100 per cent qualified, dedicated teachers and replacing it – on that site or another – with one based on a whacky philosophy and staffed by untrained people, is an insult to the children and teachers who have fought so hard to keep their schools open.

“Plans we revealed today that allow charters to occupy closed state schools and for private schools to become fully state-funded charter schools, shows this Bill up for what it really is – an attack on public education, and a backdoor plan to get private schools state funding.

“I put forward two reasonable amendments to the Bill which would have ensured that charter schools cannot be run by organisations running a profit, and that the Minister would need to consider the impact of local schools when deciding whether to establish a charter school in their area.

“The Government rejected those changes.

“The passing of this Bill will be a sad day for New Zealand’s world renowned public education system and a sad day for the hundreds of children who will be the victims of a corporate experiment on their education,” Mrs Turei said. 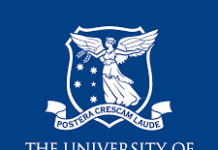